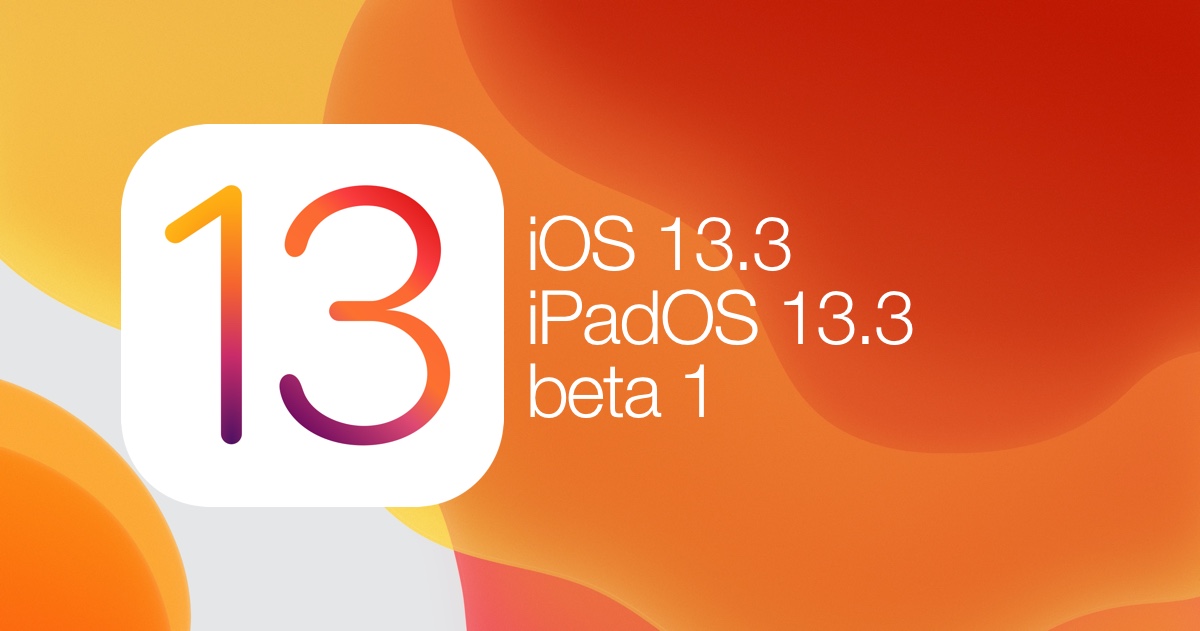 Apple has released a brand new beta of its software that powers the iPhone and iPad today. Dubbed iOS 13.3 beta 1 and iPadOS 13.3 beta 1, both are available directly from the Apple Developer Program website. Of course, this means that you must be registered developer with Apple in order to grab the pre-release software.

At this point, it's too early to tell what exactly is new here. But if we are to take the wildest guess of our lives, then it's safe to assume that Apple has managed to fix the RAM management issue in this release that was causing iOS 13 and iPadOS 13 to kill background tasks way more often, forcing apps to relaunch whenever they were brought into view. Along with that we are expecting a few other changes to how iOS works, especially fixes for certain bugs and performance enhancements.

Like I mentioned above, the update is available to developers. And if you are one, and you also happen to have the iOS configuration profile installed on your iPhone or iPad, then you can grab the latest update over the air. Simply launch the Settings app, navigate to General > Software Update and the pre-release software should become available for download. Tap on Download and Install and you are good to go. Please make sure that the software you are installing on is a spare device. Though betas at this point are generally stable, but who knows it might just break a lot of things on the third-party apps front. So exercise a bit of caution while going forward. We will also suggest taking a backup of everything just in case.

We will install the betas on one of our devices and report back on what is new. In the meantime, if you are interested in taking the software for a spin, then you may do so. We are also expecting the public beta of iOS 13.3 beta 1 and iPadOS 13.3 beta 1 to release within this week. This means that you will be able to take the new release for a test drive without spending a dime. You can sign up for the Beta Software Program by going to: beta.apple.com