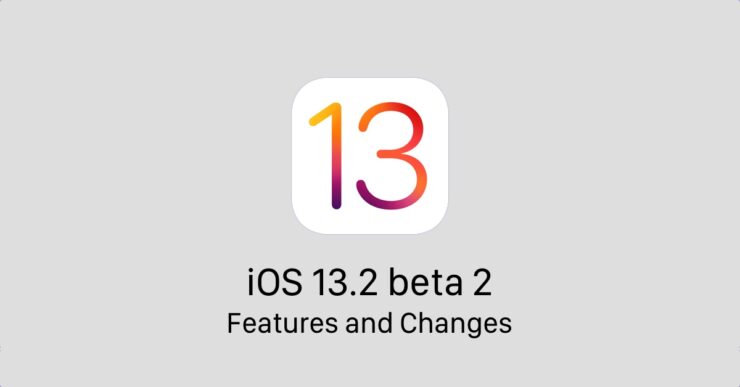 Apple has released iOS 13.2 and iPadOS 13.2 developer beta 2. This update has a number of improvements and changes covering performance, UI updates, and more. Here is a list of all the new features and changes we have found in beta 2 so far.

Along with iOS 13.2 and iPadOS beta 2, Apple also released tvOS 13.2 beta 2 and watchOS 6.1 beta 3. At the time of writing, the public beta for these updates was not released.

Note: iPad Pro 11 users have been experiencing issues with the upgrade, including yours truly. The update might leave your iPad Pro bricked. A force restart might fix it. If that doesn't help, download the complete firmware from Apple Developer Center, put your iPad Pro in DFU mode and update via Finder/iTunes.

Apple's releases notes for this update do not mention anything except the following resolved issue with NFC:

However, despite a missing changelog, and thanks to the Internet, we have been able to dig around and find a number of interesting new changes. Here is everything we have found so far while using iOS 13.2 beta on iPhone: