iOS 11 is Installed on 81% of Total iPhone, iPad and iPod touch Devices Out there 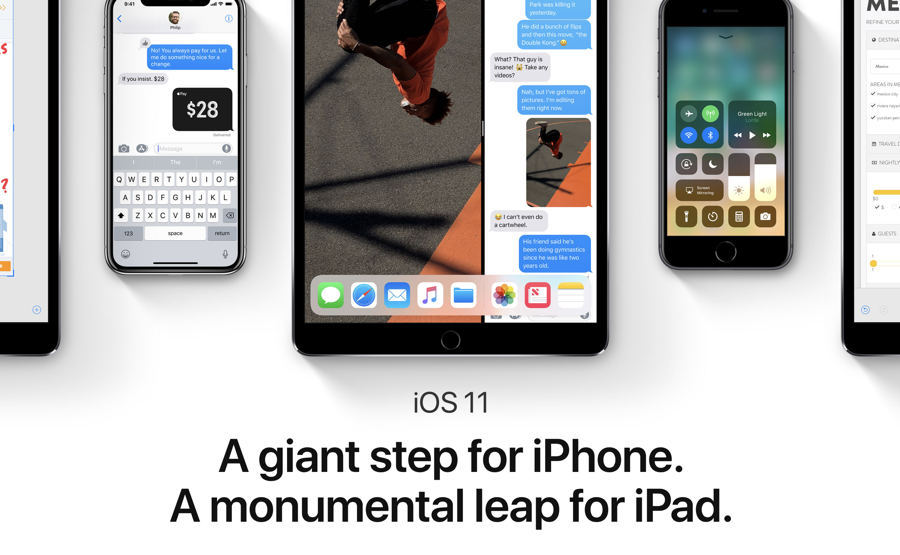 Apart from the usual announcements, Apple revealed some interesting numbers pertaining to iOS 11 as well.

Apple kicked off its opening WWDC 2018 keynote with a bunch of stats and the one that caught our eye the most is that iOS 11 is installed on 81% of devices out there. To put things into perspective how amazing that number is: there are more than a billion iOS devices currently in use around the globe.

Interestingly, 14% of those devices are still running iOS 10 while the remaining 5% are running even older firmware. This is highly understandable given how Apple dropped complete support for 32-bit devices with the release of iOS 11. 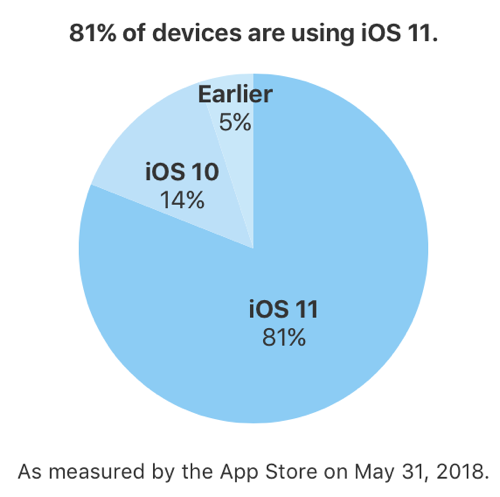 Will iOS 12 manage to boost those numbers up in the same time? Maybe. Because iOS 12 is supported on devices as old as the iPhone 5s. In fact, the supported number of devices remains the same as last year which is definitely a welcoming move from Apple as iOS 12 goes big on performance which will prove to be a major incentive for people who are always reluctant to upgrade.

iOS 12 is not a major upgrade but it does have its fair share of features that makes it stand out compared to iOS 11. For example, Siri Shortcuts allows you to perform custom actions by using a spoken, pre-defined phrase. Siri suggestions have improved by leaps and bounds. But that's not the entire story, Apple even went ahead and included group FaceTime calling in the mix, something which users have been asking for a long time.

Given past releases, you can expect iOS 12 final to arrive in the fall alongside new hardware releases, especially the new iPhone lineup. If Apple hasn't changed its plan by an inch, then we can expect the new software to drop in September.