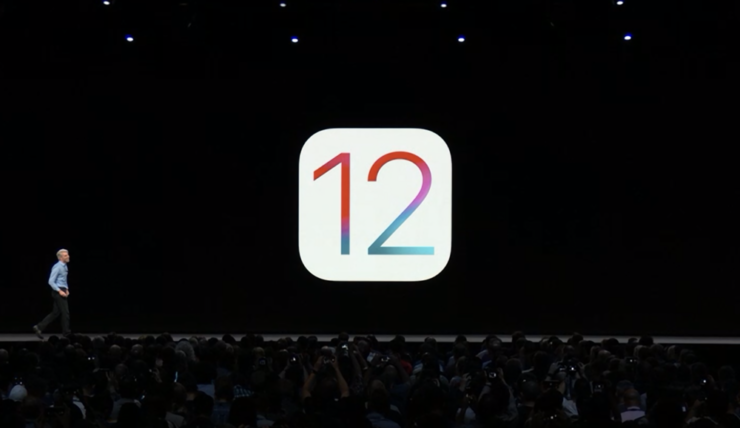 Apple iOS 12 for iPhone, iPad and iPod touch devices has been officially announced. Here are all the new features, release date and everything else you need to know about this update.

These are all the details which Apple has revealed on stage. More details to follow soon, kicking things off with performance improvements.

First and foremost, and this is a big one, iOS 12 will double down on performance. There are going to be major improvements and users can expect up to 40% performance boost on devices like the iPhone 6 Plus. But that's not all, since Apple designs the hardware too for its devices therefore iOS 12 can call upon maximum performance from the SoC when required and drop it down to idle when not needed. This in turn means that you can expect good battery life as well.

To make things interesting, iOS 12 will be available on all devices which are supported by iOS 11 as well. This means iPhone 5s users will get the update too with the same benefits across the board. So needless to say Apple has nailed this one, again.

iSO 12 is also doubling down on AR with a new file format called USDZ. It allows you Apple to deliver incredible AR experiences across the board in iOS. It's coming to a bunch of apps and services such as Adobe, Autodesk, etc.

USDZ works on the Web as well, which means you can check out stuff in real-time in the environment around you. For example, on Fender's website, you can customize a guitar and see it in the real world using the camera. Pretty neat stuff.

Improved face tracking, realistic rendering, 3D object detection, persistent and shared experiences are the core of ARKit 2. Those 'Shared Experiences' means that multiple users can get in on the AR fun using multiple devices. You are no longer tethered to a single device with ARKit 2 allowing for endless possibilities in upcoming apps and games.

Just as the name implies, a brand new first-party app called Measure has been announced by Apple. It utilizes AR to, you know, measure things with extremely high accuracy. This is all possible thanks to the new ARKit 2 engine.

It even works in 3D, obviously, because Apple. Interestingly, the Measure app lets you take automatic measurements of things such as physical, printed photos. This is quite handy if you want to know the dimensions of something because someone asked you for it. So no need to do things manually as the Measure app does most of the hard work for you.

Photos has garnered up some improvements as well in iOS 12. This year, Apple has thrown in a brand new search bar in the app. You can type in 'car' or 'flower' and it will show you the relevant photos in your library. As soon as you start typing, search kicks off immediately in the background. It even works with multiple keyword so you can narrow down things drastically.

A brand new For You tab has been included in the Photos app too. It shows memorable photos, photos which you should share with others, or in other words, it's kinda like Assistant from Google Photos. Well, sort of.

When a suggested photo is shared with someone, it is shared in full-resolution using iCloud Photo Sharing. And it even searches the receivers device to complete the photo set, if possible.

Siri is getting massive improvements in iOS 12 too. Kicking things off is 'Shortcuts'. It works in a very fun manner. You can get your team scores by simply saying 'Game time' and more. Wanna know where your keys are which is attached to your Tile? Just say 'Where are my keys?'

Siri will throw in action suggestions based on your situation. For example, if you're late for a meeting, Siri will ask you to send away a message to those involved in the meeting so that they know as well that you will be late. But of course, this not limited to meetings, there are a lot of possibilities.

Apple has announced a new Siri Shortcuts app for iOS. Think of it as Workflow, but heavily rebranded to fit more into the new iOS 12 environment. It lets you create shortcuts to pull up certain things. For example, you can just say 'Travel plans' and it will show you the address where you were supposed to be in your adventure. In short: it automates Siri to do things so you don't have to and it will give you the right information where required.

Popular apps such as News, Stocks and more have been updated. For instance, News now shows 'news' from trusted sources and handpicks stuff for you. A new Browse tab has been added so you can discover news sources quickly and easily.

The Stocks app has been updated drastically with a brand new design. It's no longer just text. It even integrates Apple News into the mix so you can jump into your business news without having to switch apps. The stock charts are also interactive now. But the fun doesn't end there: Stocks is also available on the iPad.

Voice Memos has been built from the group up and the app is now available on the iPad too. iCloud support has been added so that everything stays in sync across your devices. Of course, a brand new UI has been thrown in as well.

The iBooks name has been dropped in favor of Apple Books and it the service been redesigned completely. The store now looks much more like the App Store so that you can explore more and not get bored at all.

CarPlay now supports third-party navigation apps, which means you can get Google Maps on the go and not rely on Apple Maps from here on in.

Just like Google, Apple cares about your digital well-being as well. It ensures that you don't get distracted if you check your phone or tablet during the night. Instead of showing you everything in one fell swoop when you turn on the display, it'll just show you the text on a black background, not distracting you at all. Do Not Disturb now has a "Ending in" option which means you can have the feature turn off after a predefined period, such as an hour so that you are not disturbed at all.

Don't use an app too much? iOS 12 will suggest you to turn off notifications for it completely.

You can now group notifications, not only by apps, but also by topic. This is something which should've been there for a long, long time. But now that it's here, we're sure it will bode well with users out there.

Can't get enough of your iPhone or iPad? Well, Apple wants you to stay on track with Activity Reports. It will show you how much you've been using your phone or tablet, including screen on time and more. But wait there's more: you can even set an allowance for certain apps, so when the time's app, you can't use that app for the rest of the day. For example, you can set no more than 15 minutes of Instagram usage per day so you stay on track and don't go overboard with usage.

Animoji now detects a user's tongue so you can add take the fun to a whole new level. New Animoji has been added to the mix as well such as T-Rex, Ghost, Koala and more.

A new Memoji feature has been revealed as well. It lets you turn yourself into an Animoji and it's fun to create one too with a bunch of insane options so you can perfectly customize it. You can select the skin color, hairstyle, freckles, hair, head shape and a whole lot more. But there's more: the changes happen in real-time so you can see where things are going as you create your Memoji as the front-facing Face ID camera stays on to show you live changes as they happen. Once done, the Memoji is saved into the drawer with other Animoji.

Fun camera effects have been added to the Messages camera app. Just tap on the little 'starts' icon and you can add all sorts of things to your photos such as stickers, props, Animoji, Memoji and more.

FaceTime has garnered some improvements too. You can now make group FaceTime calls, something which has been requested for a long time. It supports up to 32 people in one audio or video call. FaceTime is now integrated in the Messages app so group users can jump in or out of a group FaceTime call when they desire.

Whenever someone talks in a group FaceTime call, the video comes forward and becomes large automatically making the person front and center. You can even add filters to your camera as well so everyone can see your creativity.