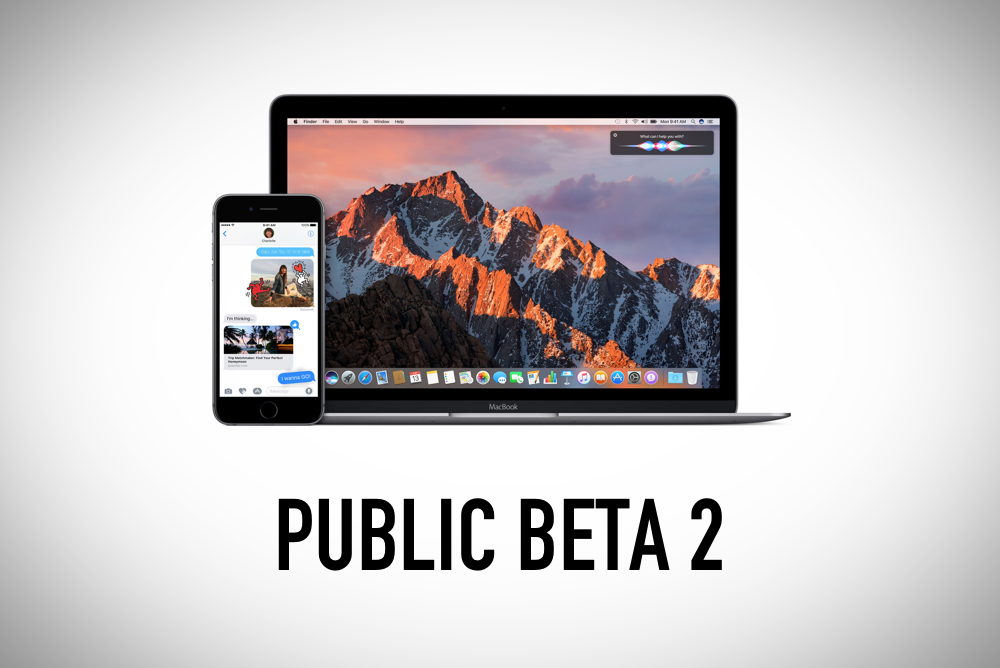 Apple just released iOS 10 Public Beta 2 and macOS Sierra Public Beta 2. Both updates are available over the air for download.

If you have the previous public betas of iOS 10 and macOS Sierra installed on your devices then here are the steps for updating to the latest version right away.

We prefer saving your work beforehand since you'll be required to restart your Mac to complete the update process.

Like we mentioned above, public beta software from Apple is absolutely free to try out. But of course, we will still recommend users to install pre-release software on spare devices. Beta software tends to be buggy in the oddest of places.

If you're eager to try out iOS 10 and macOS Sierra Public Beta, then follow our guides posted below:

If you're testing out iOS 10 Public Beta currently or the developer oriented release, then here's how you can downgrade back to iOS 9.x:

Public beta software is the perfect way to lend Apple a helping hand. Through your usage you can report back on bugs and crashes so that Apple can fix things as it moves into the future. Furthermore, it is also a great way for people to try out new software without tossing in a dime.

If you are currently running public beta software on your devices, then we highly recommend you update right away without giving it a second thought.