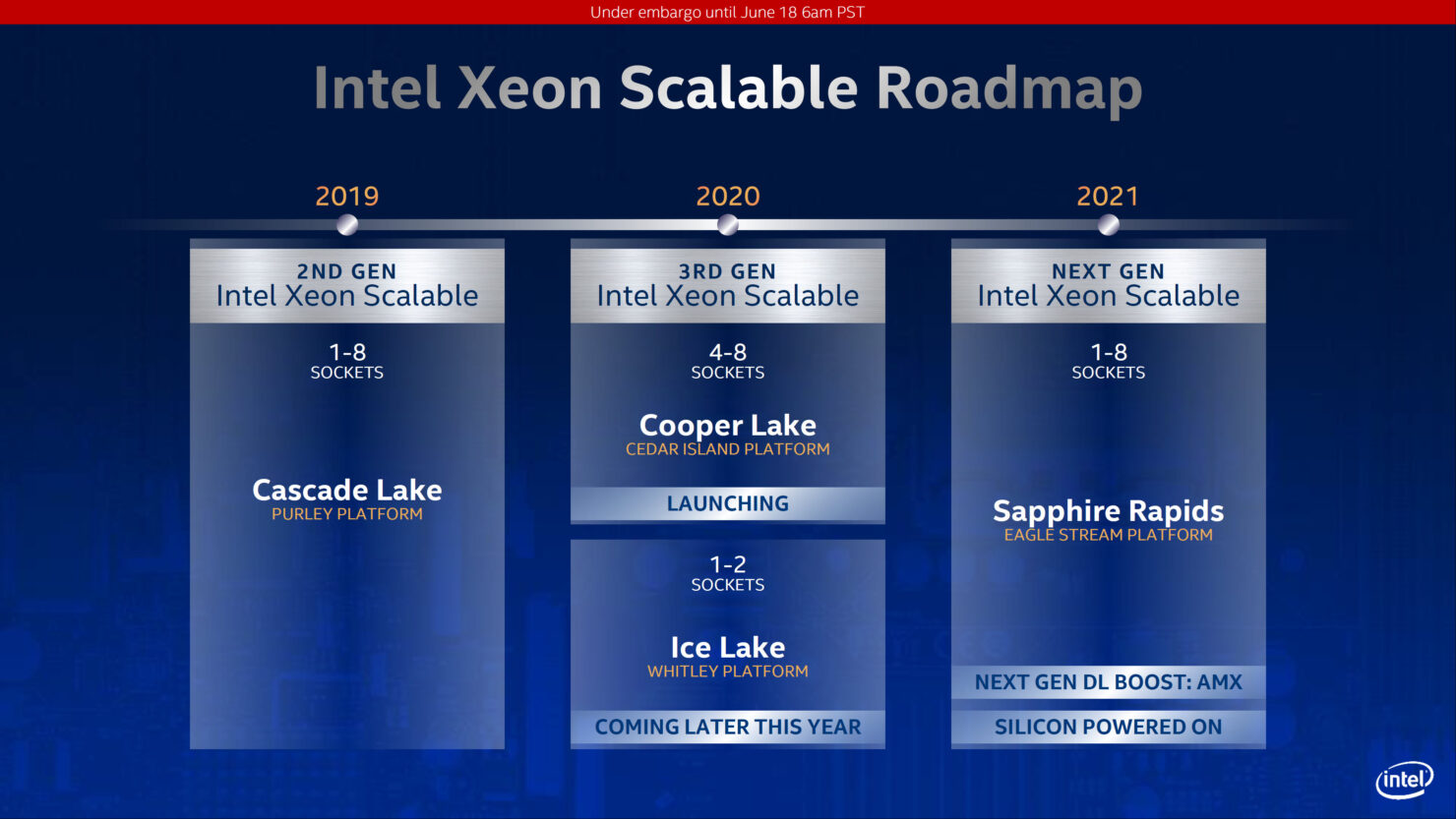 Intel has confirmed in its latest roadmap that its next-generation 10nm Xeon family codenamed Sapphire Rapids is on track for launch in 2021. The next-generation family will be replacing both, Intel Ice Lake-SP 10nm & Cooper Lake-SP 14nm families with a full top-to-bottom CPU portfolio, making use of a brand new CPU architecture which will be optimized for data center and servers.

Intel's 2021 lineup of Xeon Scalable Processors will be all Sapphire Rapids unlike the current 14nm and 10nm segmentation we see with Cooper Lake (4S-8S) and Ice Lake (1S-2S) families. The lineup will consist of various SKUs and will be supported by the Eagle Stream platform. Intel will also bring their latest AMX (Advanced Matrix) instruction for next-gen Deep Learning boost which would offer increased Artificial Intelligence performance on the Sapphire Rapids lineup. 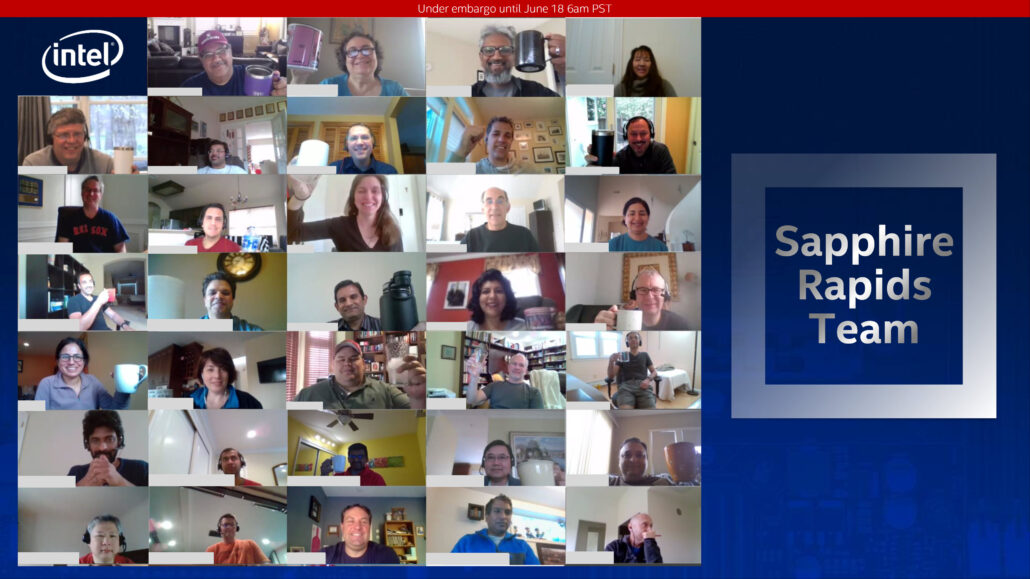 The Sapphire Rapids core counts are expected to reach up to 48 cores (<200W) in single and dual-socket platforms while the 4S/8S platforms are expected to make use of 32 core parts with over 200W TDPs. We can see higher core counts and the higher TDPs could represent higher clocks on the 10nm process node but that's mere speculation at this point in time.

While this will allow Intel to match up or even outpace AMD's EPYC offerings if Milan will end up reusing DDR4 and PCIe Gen 4 from the upcoming EPYC Rome platform. That remains to be seen. Intel's Sapphire Rapids family will be launching the same year that Intel introduces their first datacenter Xe GPUs based on the 7nm process node which is to be the first lead product on the 7nm process node so we can see that Intel has prioritized its server GPU roadmap far more aggressively compared to its server CPU roadmap. The main reason for this is to power the ARNL Aurora Supercomputer which becomes operational in 2021.

The platform would be competing against AMD's Zen 4 based EPYC Genoa lineup which would also be moving to a newer platform known as SP5. AMD has promised new memory along with new capabilities for the Genoa lineup which would include support for DDR5, PCIe 5.0, and more. We don't know what other features would the new lineup include but Intel is doing the same with 8-channel DDR5 support & a new interconnect such as CXL for the Eagle Stream platform. Intel plans to tackle AMD in two key departments with Sapphire Rapids, one being increased per core output (performance) and decreased TCO$ per core.

Currently, AMD's EPYC CPUs demolish Intel in terms of performance per watt, a number of cores/threads, feature set, and total cost of operation with major players in the server segment switching their cloud datacenters to AMD's EPYC CPUs. It remains to be seen if Intel can make a complete or even a partial recovery of its Xeon segment with Sapphire Rapids. For now, Intel is indeed launching its Sapphire Rapids Xeon Scalable family in 2021 but chances here we could see a limited production for the Aurora supercomputer with volume shipments happening around the first half of 2022.