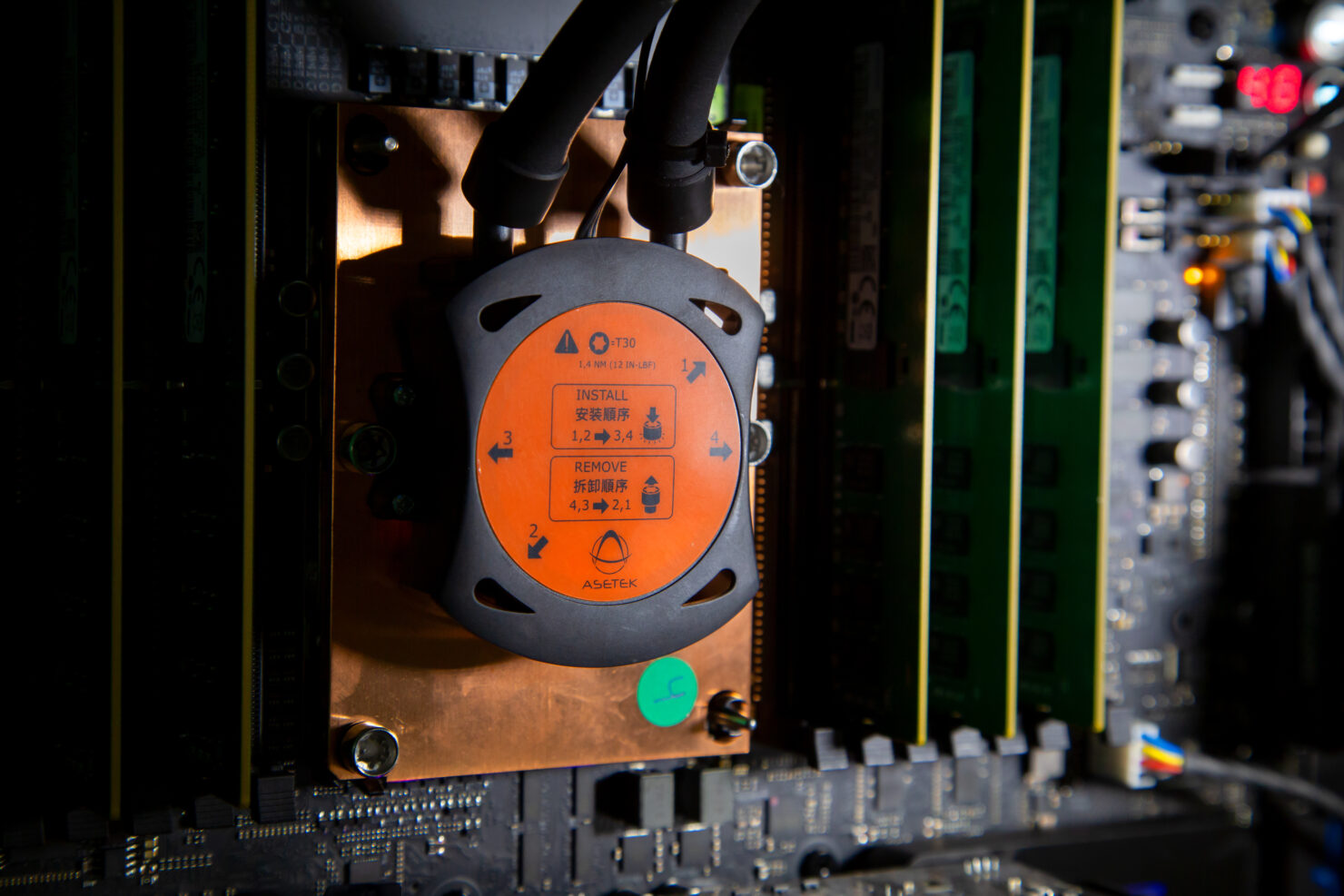 Intel's next-generation Xeon CPUs for the Eagle Stream platform codenamed Sapphire Rapids and Granite Rapids would be receiving a newer socket known as LGA 4677. Along with the new socket, there would also be new features added to the platforms which would allow Intel's Xeon platform to stay on par with AMD's post-2020 EPYC lineup.

The new information comes from Kazuki Kasahara of PC Watch who has posted a picture of a Xeon LGA socket roadmap over on his twitter feed. The roadmap shows the LGA 4189 socket for Whitley platform to be replaced by the LGA 4677 socket in 2021. Since both the Whitley and Eagle Stream platforms feature a different socket, there won't be inter-socket compatibility for their respective line of Xeon CPUs. Whitley would receive two Xeon families, the refined 14nm based Cooper Lake & 10nm+ Ice Lake while Eagle Stream would receive the 10nm++ Sapphire Rapids and 7nm Granite Rapids line. 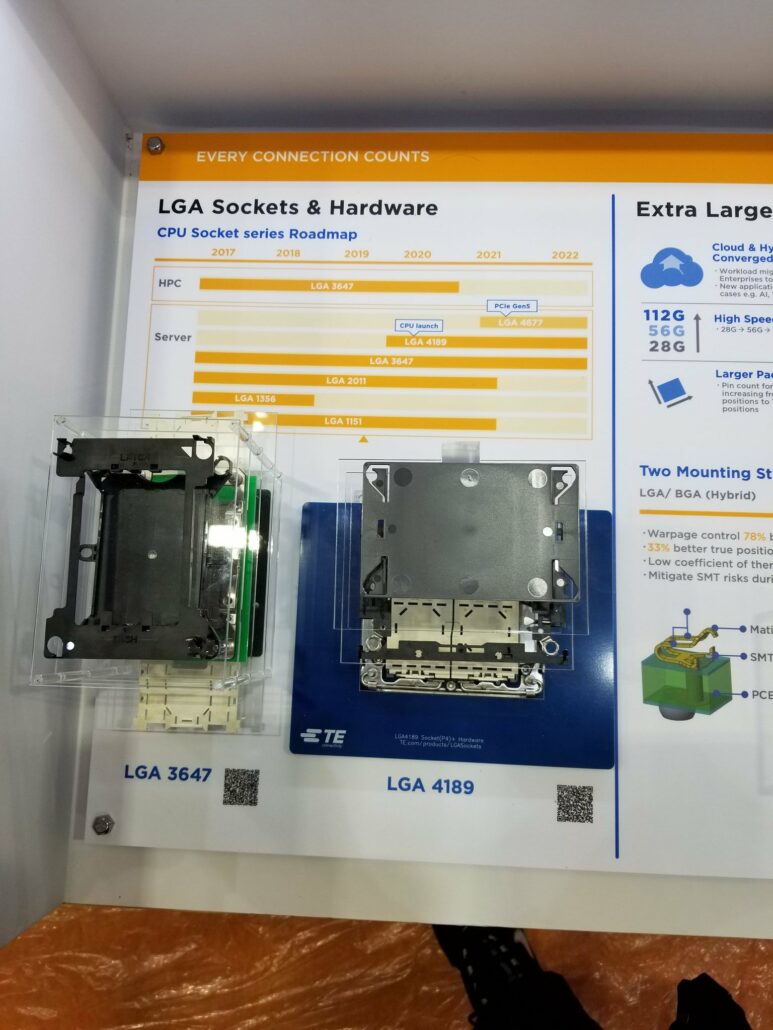 Looking at the difference between the existing LGA 3647 socket (Purley) and LGA 4189 (Whitley), it can be noted that the latter is much bulkier in design which is a requirement to accommodate the higher number of pins. The mounting is also different so once again, don't expect any kind of CPU compatibility for the current Xeon lineup.

But that's not it, the roadmap also shows the next-gen LGA 4677 socket and mentions support for PCI-Express 5.0 in 2021. The socket LGA 4677 would feature a much larger layout and blueprints of the socket have already been shared by Momomo_Us. Once again, we spot a different layout and mounting structure which would be required for the new Xeon processors. 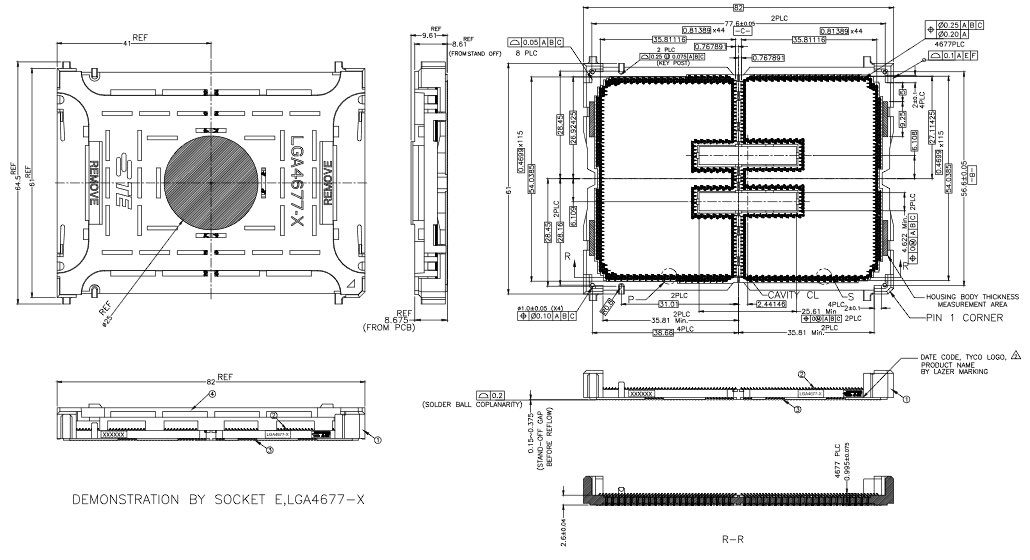 The Eagle Stream platform has also gone by the name of Tinsley before. The platform would also support two generations of Xeon processors as stated above. The platform would be competing against AMD's Zen 4 based EPYC Genoa lineup which would also be moving to a newer platform known as SP5. AMD has promised new memory and new capabilities for the Genoa lineup which would include support for DDR5, PCIe 5.0 and more. We don't know what other features would the new lineup include but Intel is doing the same with 8-channel DDR5 support & a new interconnect for the Eagle Stream platform.

The roadmap itself is said to be a part of Intel's partner program and includes some main details of each upcoming Xeon family. We start off with the 14nm Cooper Lake-SP family which will be part of the Whitley Platform and feature up to 48 cores (Cooper Lake-AP), 8 channel DDR4 memory and PCIe Gen 3 support. The latest Barlow Pass Optane DIMMs would also be compatible on Whitley so we should expect a good boost in performance. Cooper Lake will also be available for 4S and 8S servers with up to 26 core Xeon CPU configurations, 6 channel DDR4 memory support and PCIe 3.0 support.

Moving further into the post-2020 Xeon lineup, Intel will be launching Sapphire Rapids-SP in 2021 and Granite Rapids-SP in 2022. The 10nm++ based Sapphire Rapids is expected to make use of the updated Willow Cove core architecture which replaces Sunny Cove in 2020. The Sapphire Rapids lineup will make use of 8 channel DDR5 memory and support PCIe Gen 5.0 on the Eagle Stream platform. This will allow Intel to match up or even outpace AMD's EPYC offerings if Milan will end up reusing DDR4 and PCIe Gen 4 from the upcoming EPYC Rome platform. That remains to be seen.

Intel's Sapphire Rapids family will be launching the same year that Intel introduces their first datacenter Xe GPUs based on the 7nm process node. The first confirmed product to feature the 7nm datacenter Xe GPUs will be the Aurora supercomputer, more on that here. The new Xe architecture based GP-GPU will be built using Foveros 3D stacking architecture which means we are going to see a one-chip, single-stacked-chip harmony between the GPU, memory and interconnect.

This will allow High-Bandwidth memory to be stacked right on top of the GPU die, featuring a package size that is much smaller than existing GPUs but at the same time, denser than anything we have got so far.

Later in 2022, Intel will launch Granite Rapids-SP which will further expand upon the DNA of Sapphire Rapids and possibly make use of the 7nm process node. The process roadmap shows that Intel will have 7nm+ ready for deployment in 2022 along with their Golden Cove chip core architecture. It remains to be seen what kind of core count we should expect from Intel's Rapid series of Xeon families, but one thing that's confirmed is that Intel is speeding up the pace for their Xeon lineup as competition from AMD has risen. We will keep you updated as we hear more info around the Intel Xeon lineup.