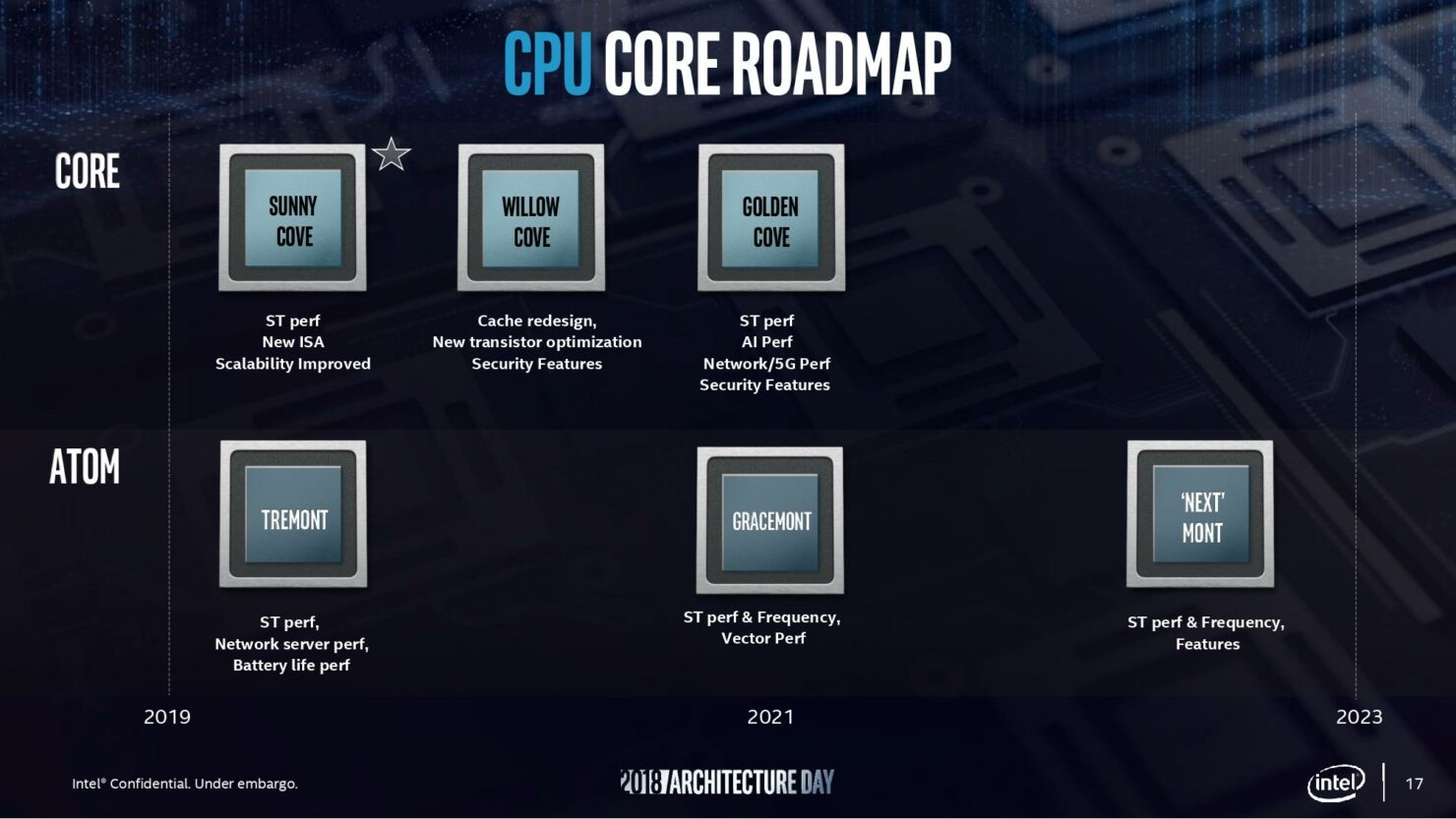 Intel unveiled the details of its next-generation Sunny Cove architecture to press yesterday at the Intel Architecture Event along with the updated Core roadmap for 2019-2021. Intel has divided its approach to improving its Core product lineup into two branches: general purpose and special purpose. Sunny Cove is something that is the culmination of both these requirements and represents a leap up from Skylake.

Intel's Sunny Cove next-generation processors will succeed Skylake in 2019, Roadmap for 2020 and 2021 updated

Intel has tried to shift the conversation away from process nodes, unsuccessfully in the past (primarily because they helped cultivate that narrative, to begin with) and its refreshing to see an update that actually succeeds in doing so. Sunny Cove is a significant improvement over Skylake processors and all of it has to do with design innovation. The Sunny Cove next-generation processors will be deeper, wider and smarter – as per the details revealed during the event. 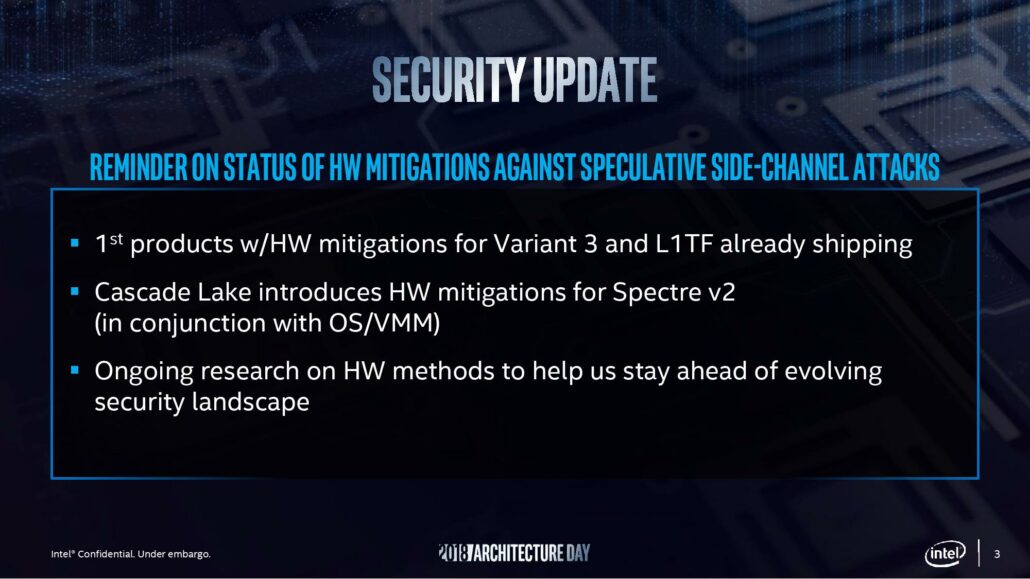 Before we go any further, here's the official blurb:

Sunny Cove enables reduced latency and high throughput, as well as offers much greater parallelism that is expected to improve experiences from gaming to media to data-centric applications.

Sunny Cove processors have received a 50% increase in the size of the L1 data cache as well as a larger L2 cache. They also feature larger operations cache and a larger 2nd level translation lookaside buffer. The result is a processor that has received a significant increase in key structures can execute code with much more depth than Skylake. 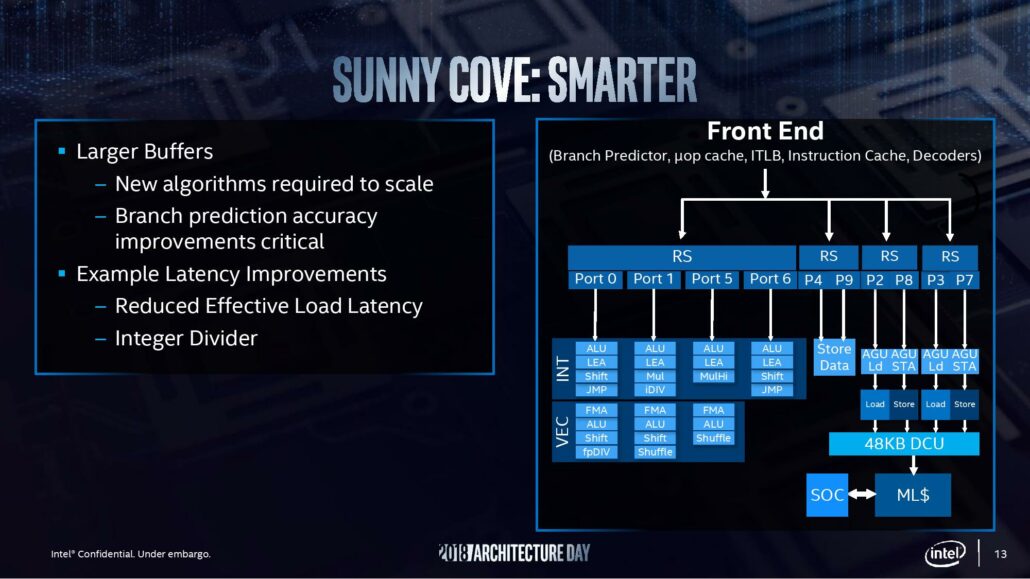 Sunny Cove processors are also wider than Skylake. They have 5-wide allocations instead of 4 and 10 execution ports instead of 8. They have also received two times the L1 store bandwidth thanks to 4 AGU instead of 3 and 2 data stores. Not only that, but greater execution capability is now part of the architecture. SIMD, Shuffle and LEA units have been added to the Vector and Integer blocks. 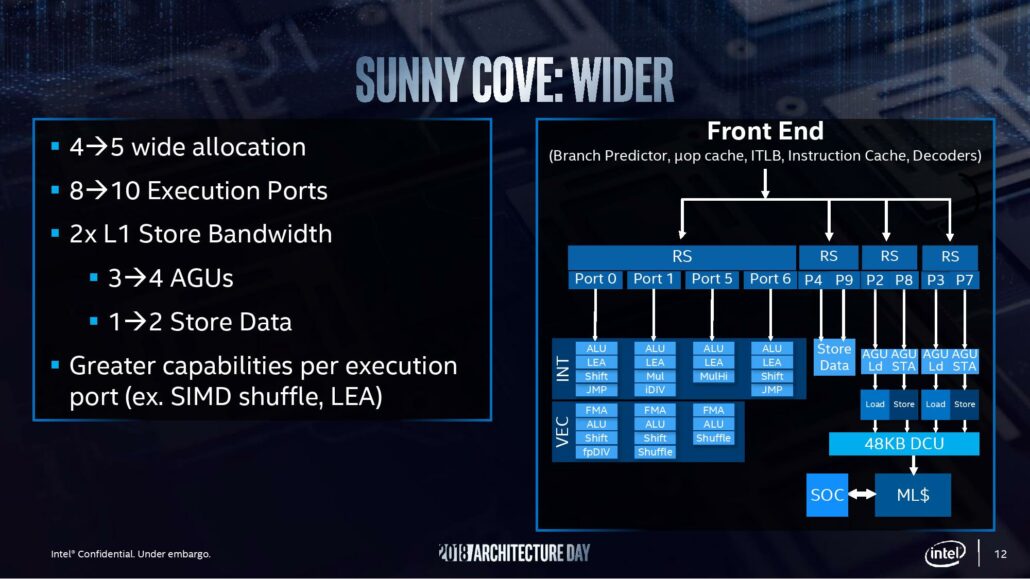 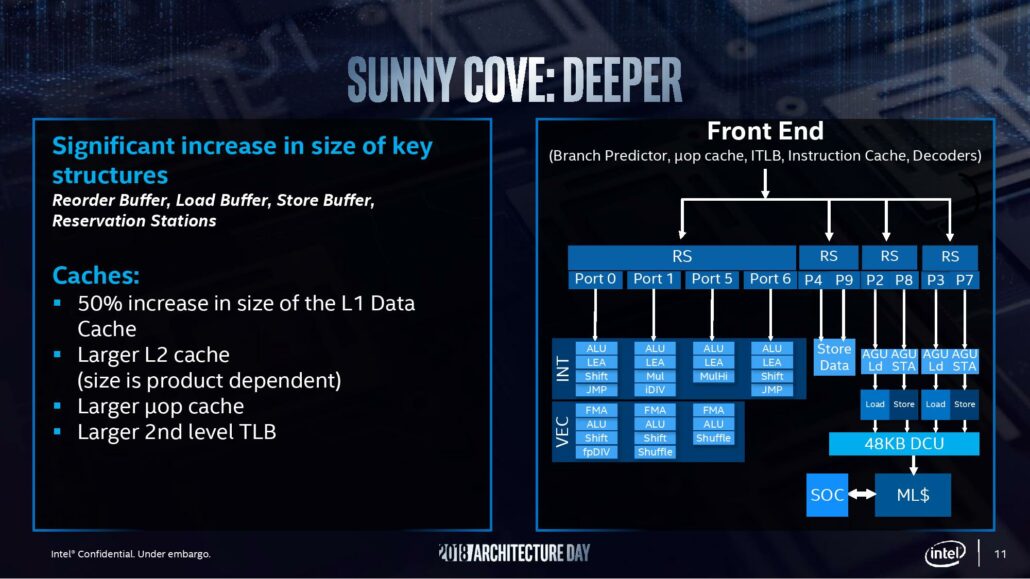 The brand new architecture also has specialized improvements in areas such as cryptography, AI/machine learning compression, and decompression and vector processing. Memory capacity now supports 5-level paging and linear address space has been increased to 57 bits. Multi-Key Total Memory Encryption is also now available along with User Mode Instruction Prevention so that customers of cloud platforms feel more secure about someone just reading off the memory directly.

The new roadmap is as follows: