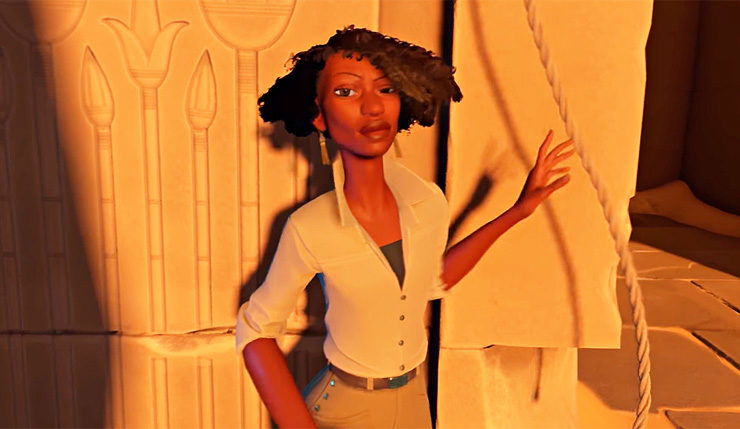 The Game Awards 2017 played host to a lot exciting game reveals, but one of the most intriguing was In the Valley of Gods, the new game from Campo Santo, creators of the acclaimed Firewatch. In the Valley of Gods relocates the adventure from the picturesque Shoshone National Forest to the deserts of Egypt, but seems to retain Firewatch’s laid-back approach, as there isn’t an enemy or action scene in sight. You can check out the game’s beautiful debut trailer, below.

Here’s how Campo Santo describes In  the Valley of Gods and its story:

“Our new game is In the Valley of Gods, a single-player first-person adventure set in Egypt in the 1920s. You play as a disgraced former filmmaker and explorer, reunited with your old partner for a project that could leave you with fame and fortune -- or dead and buried in the sand. In the Valley of Gods is an adventure unlike anything we’ve ever made and we can’t wait for you to play it.”

And that’s all the information they’ve provided. So, how will the game actually play? I assume there will be exploration and puzzle-solving elements, and perhaps some sort of partner system. Could the game be co-op? The trailer also possibly hints at some sort of photography mechanic. Hopefully we get more details, soon.

Whatever form In the Valley of Gods ends up taking, the game certainly looks impressive. Firewatch had its moments, but Campo Santo has upped the quality of their visuals and character design this time around. I’m already eager for my next look.

In the Valley of Gods is being developed for PC (Window, Mac, Linux) and is tentatively scheduled for a 2019 release, although Campo Santo warns that may change. What do you think? Excited for a different brand of tomb raiding?

Soulcalibur VI Makes Its Unexpected Debut at The Game Awards