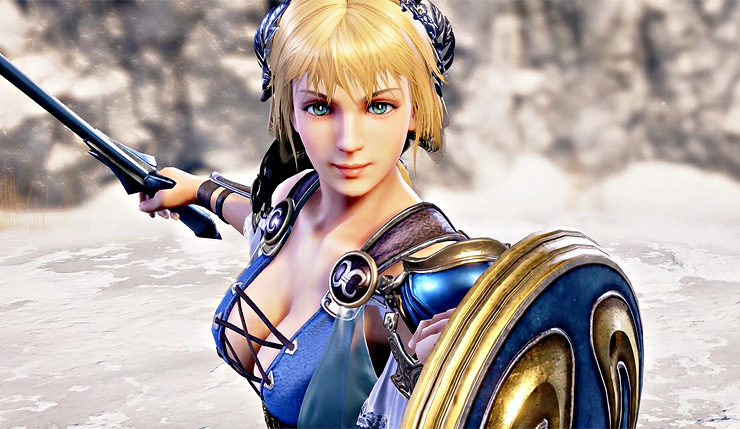 At The Game Awards 2017, Bandai Namco sent shockwaves through the fighting game community by revealing Soulcalibur VI, the first new game in the franchise in five years. Some fans were left wanting more though, as the announcement was a bit short on details. Thankfully, Sony hosted a Soulcalibur VI gameplay preview at PlayStation Experience 2017, featuring plenty of new footage and an interview with the game’s producer, Motohiro Okubo. Check it out, below.

One of the subjects discussed during the interview, is the new Reversal Edge system, which has been designed to make parrying and counterattacking more accessible.

“With, the Reversal Edge system, what we wanted to recreate was that feeling of becoming a swordsman or really epic fighter. There are these certain moments where you're fighting, when the opponent's sword is coming down at you, and everything kind of goes in slow motion. After that, you parry it, dodge it, and go immediately into a counterattack. That was the feeling we were trying to recreate.

The Reversal Edge system is designed to be something very easy to execute, and whether the opponent is attacking with a high, medium or low attack, you are able to parry the attack and transition into a counter. And in Soulcalibur, there is the [triangle balance, where] one beats another move. I wanted the people who are playing Soulcalibur for the first time to really understand this triangle. I think it will be very easy for those who aren't familiar with Soulcalibur to pick up and understand what they're supposed to do.”

Worried the Reversal Edge system is too much of a change? Set your mind at ease – according to Okubo, Soulcalibur VI draws inspiration from past games in the series, including the fan-favorite Soulcalibur II…

“Soulcalibur VI is definitely going to feel very familiar for those who have experienced the franchise in the past. Going into a little more depth, what we wanted to recreate was the fast responsiveness that you saw in Soulcalibur II, as well as the balanced character interactions and mechanics in Soulcalibur V.”