Did you play Firewatch and wish there was more substance to tickle your cortex? Did The Witness leave you wishing there was another soul in the world to speak to? Perhaps you'll find all that you're hoping for and more in Filament, an upcoming puzzle adventure from Beard Envy and Kasedo Games. 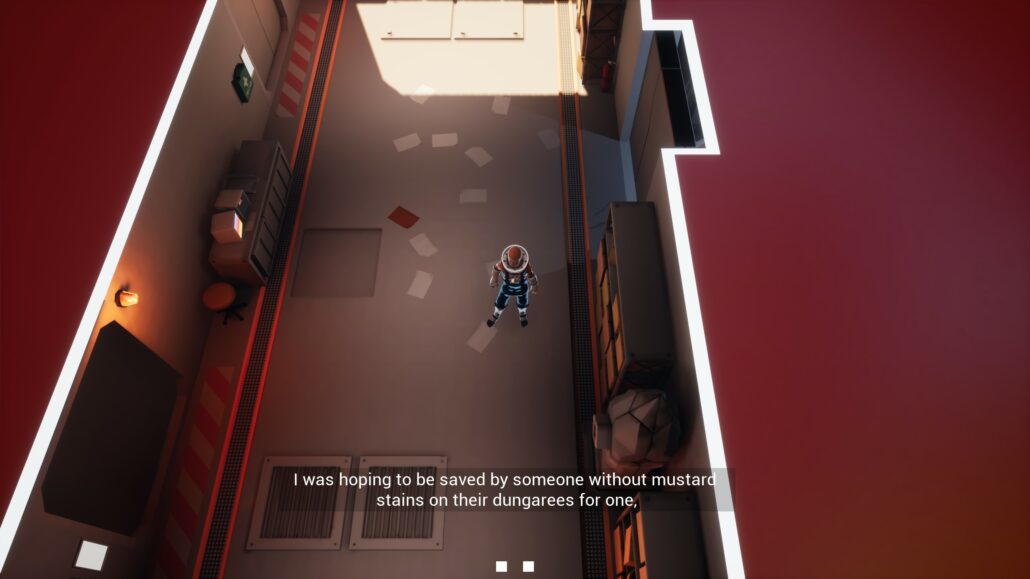 A derelict space vessel known as The Alabaster is left floating about in space and its the role of the player to climb aboard and try to piece together what happened to the crew and whatever other mysteries lay within. That's where you come in, Mr. 'Pluto'. It's up to you to connect to the anchors scattered throughout the ship and to restore its core systems through the hacking tool of your little robot companion and solve hundreds of maze puzzles in order to solve the greater mystery within.

Filament does one style of maze puzzle but performs it exceedingly well so far, in this instance, connecting guideposts with your ever-extending trail of filament. In many ways, Filament takes inspiration from The Witness in its narrative and puzzle design. There are no lengthy tutorials or guides to read up on before you are sent off to start solving puzzles aboard The Alabaster. 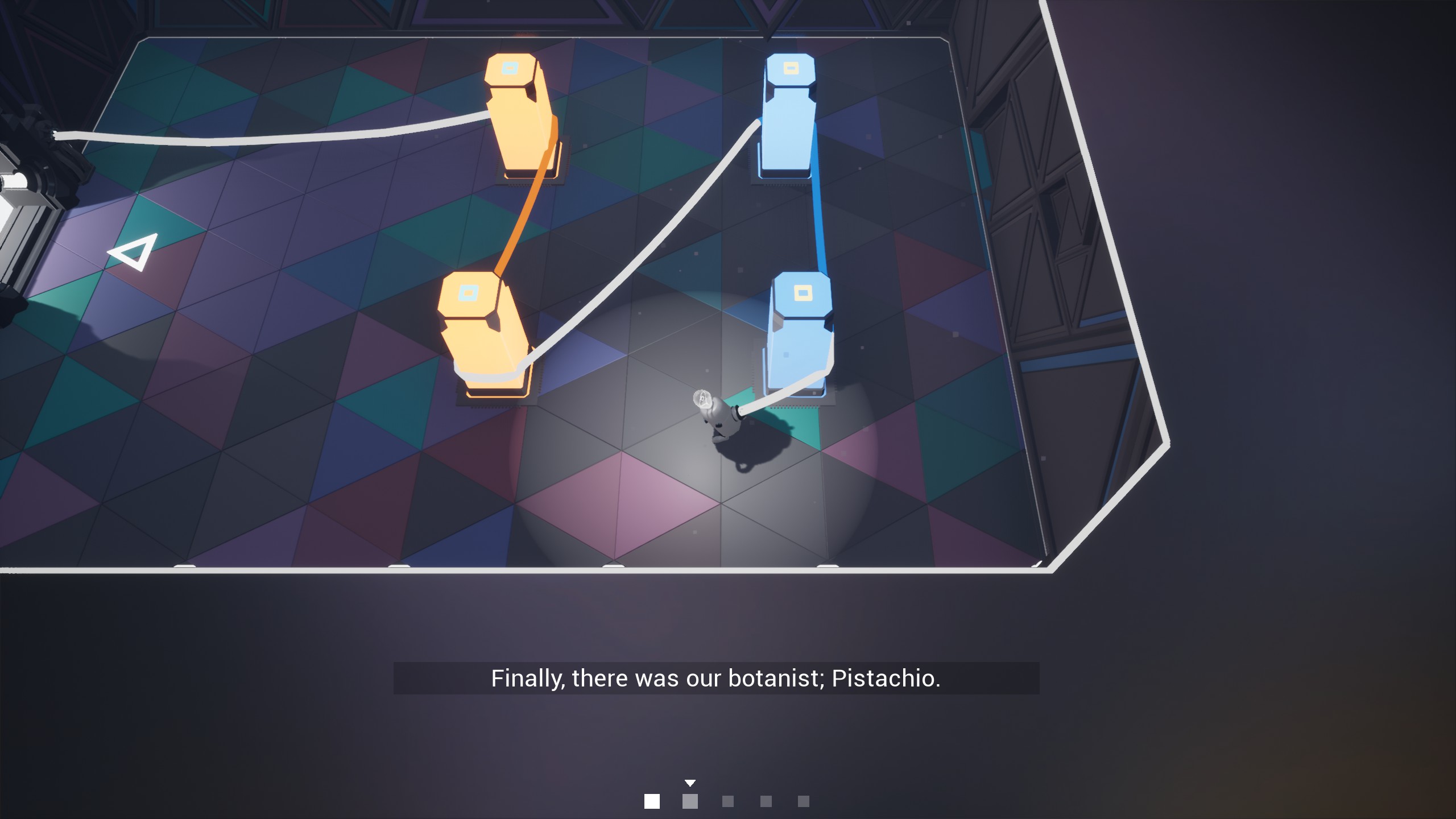 There's more than just environmental storytelling to guide the player along in Filament. Every so often, one of the female crew members aboard The Alabaster, referring to herself as Jupiter, will converse at the player as the sole point of contact aboard the derelict ship. The various one-sided bits of dialogue that spring up between puzzles helps to fill in a bit of the mystery, which is healthily filled in with various collectibles and computer logs if you're that sort of collector.

Each area of The Alabaster uses a different take on the same formula of navigating and wrapping your infinite filament wires around guideposts to unlock the exit. In one area, you may have a number of posts that needs to be chained in a particular direction; in another, matching colors together without breaking the chain. These areas tend to blend together early on, so there won't be anything as dramatic as the changing of the seasons in The Witness to guide you into another area. Expect to see mechanics layer upon one another as each puzzle type gets ingrained into your subconscious memory. 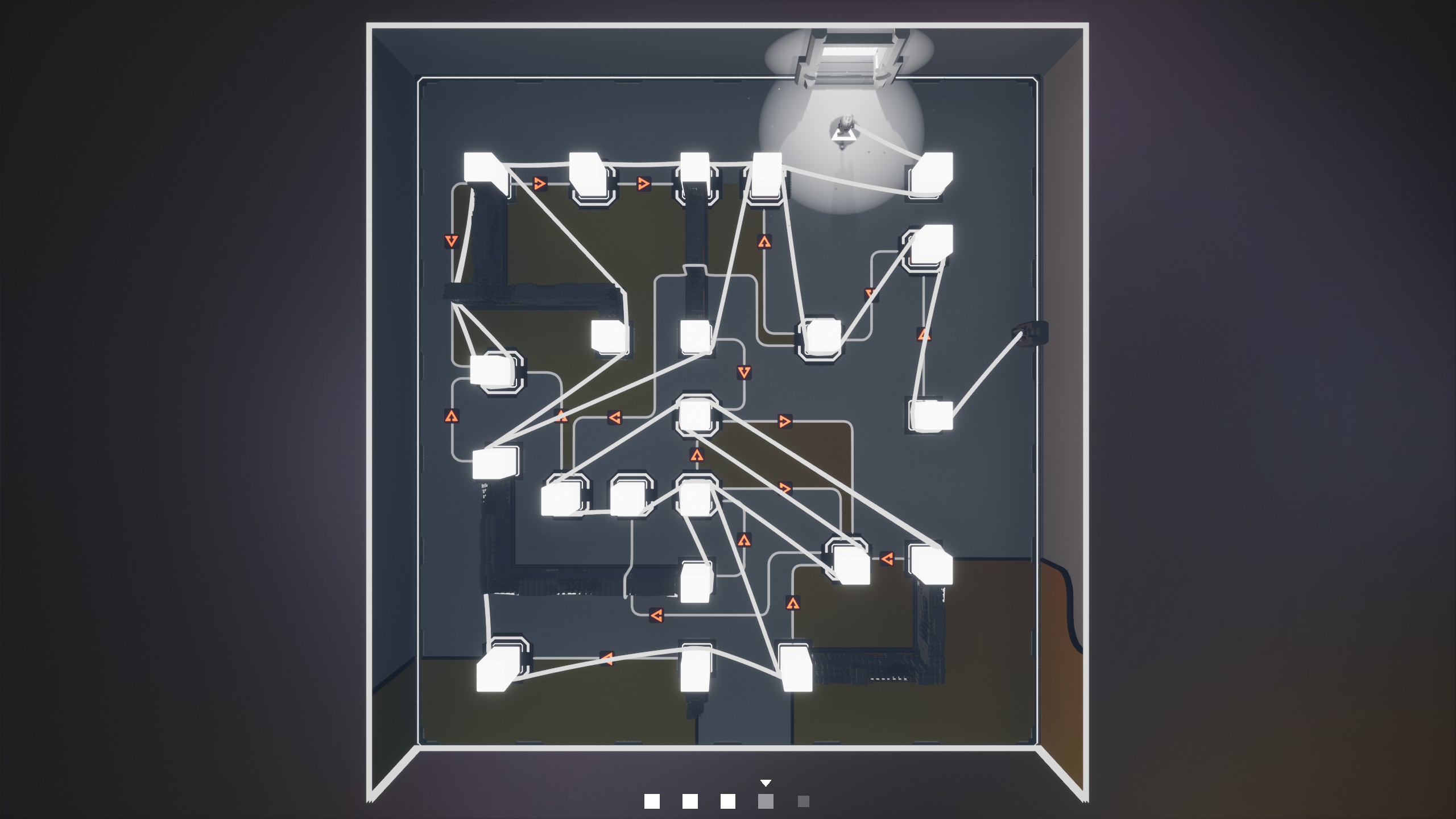 Perhaps the trickiest bit to the puzzles in Filament is in the tether you must use within the puzzle space. It can often act as a detriment, roping off a pathway or being just a bit too thick to prevent you from slipping past a guidepost towards the exit you just opened. Since you not only have to solve the puzzle but also make it out of the exit gate into the next area, there will be times when you come across the right solution but a mistimed loop around one arbitrary post is enough to keep you locked into place.

To counter that, rather than having to stop and restart a Filament puzzle from the beginning, your robot companion has a handy rewind option to reel its filament back in and reverse its steps in a fast rewind. This feature was far more useful than I had expected and being able to quickly check whether winding clockwise or counter-clockwise around a post would lead me to the right solution helped shave off a lot of time. 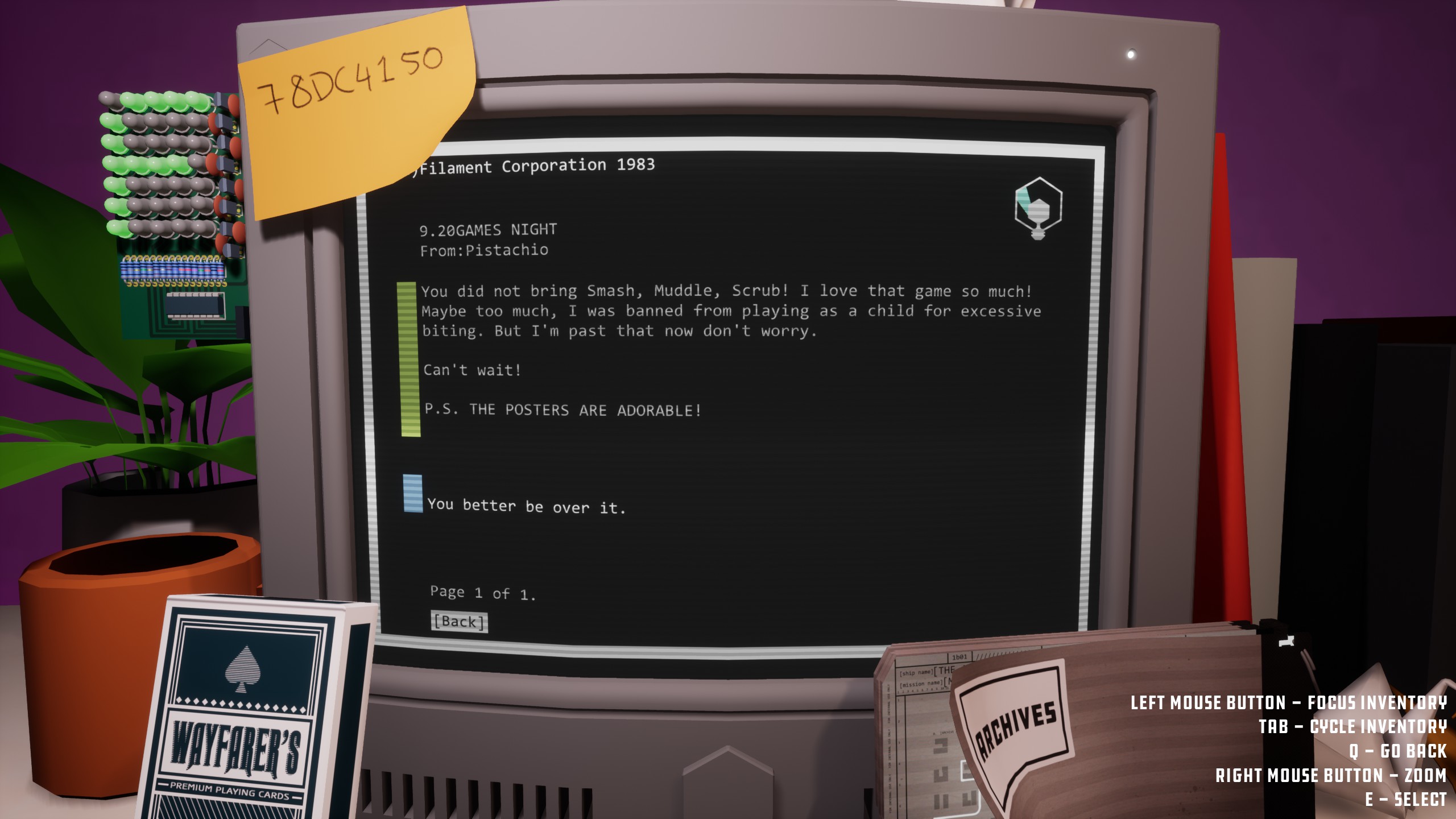 Puzzles are typically clustered together in groups of five, so the 300+ puzzles the developers promised will feel much shorter in the end. After a little more than six hours, I've already cleared through close to a hundred of them and that's even after having to bash my head against a couple of particularly tricky ones that I understood where the endpoint was but it was a matter of weaving my filament in just the right direction to achieve it.

Filament is currently available to wishlist on Steam and will also be arriving on major platforms: PC, Mac, Linux, PlayStation 4, Xbox One, and Nintendo Switch, with a release target later this year in Q1 2020.

[Steam product code was provided by the publisher for preview coverage.]