id: Rage 2 Is Much More Than a Straight Up Sequel; Story Is Very Important and the World Is Dynamic 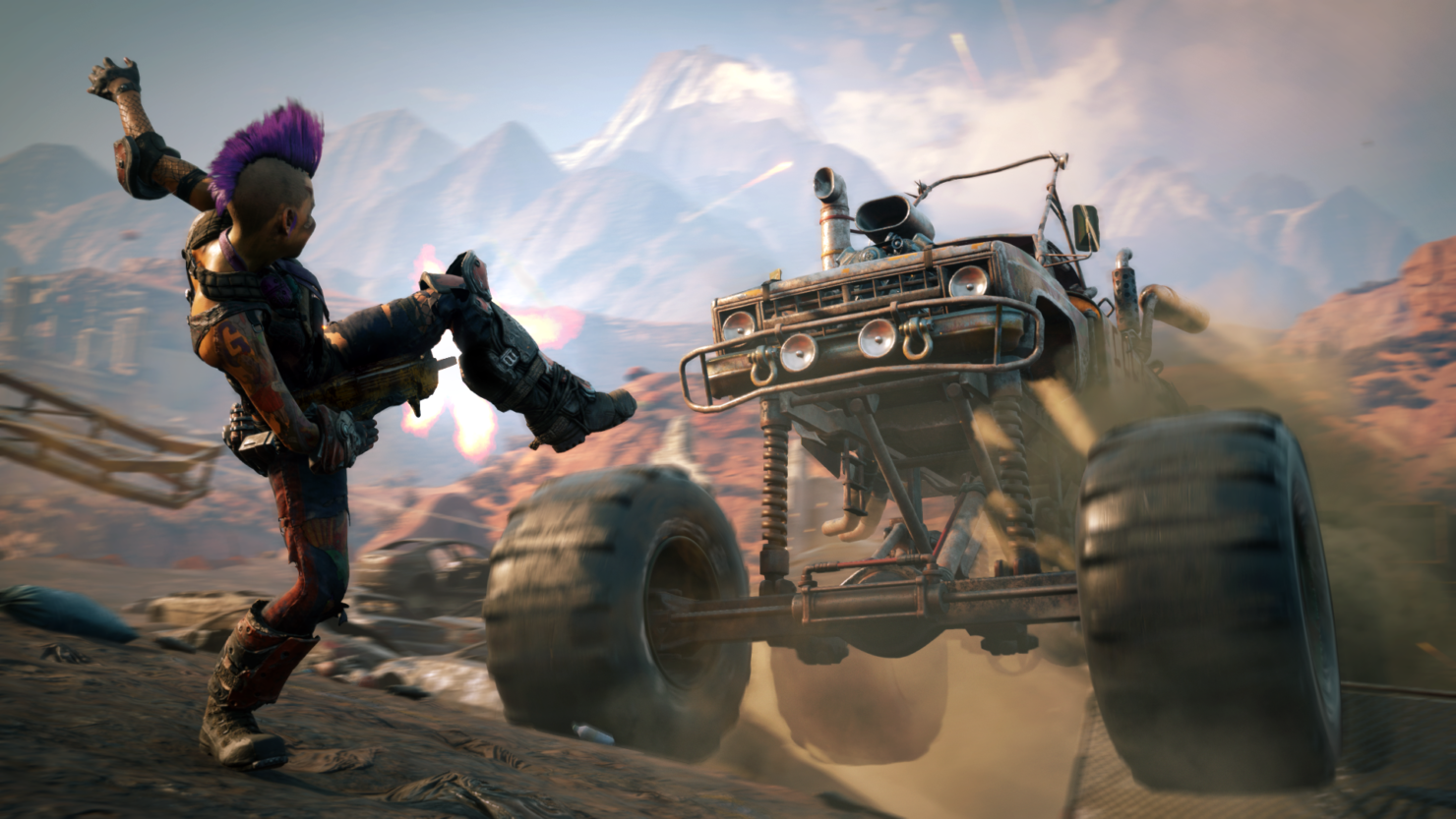 A few weeks ago, Bethesda Softworks started teasing Rage 2 and the game was revealed to be a collaboration between id Software (the makers of the first Rage) and Avalanche Studios (Mad Max, Just Cause, recently acquired by Nordisk Film).

id Software Studio Director Tim Willits shared plenty of new Rage 2 details in an interview published on the latest Official PlayStation Magazine (July 2018, issue 150). Willits talked extensively about the increased importance of the story in this sequel, about the partnership with Avalanche and the new dynamic world that players will be free to explore.

It's definitely much more than a straight up sequel, because the gameplay and the partnership with Avalanche has really shaped it into something unique and special. It really has been a buddy movie of love working with the Avalanche team and sharing ideas and knowledge.

The first game was the post-apocalyptic world. But now we have areas that are more than just a brown, dusty wasteland. This is more of a post-post-apocalyptic world where society is trying to rebuild and we have different environments, different landscapes, there's vegetation and swamps, and rivers, and lakes, so the world has really evolved from that dry, dusty wasteland and we really wanted to showcase that. We spent a lot of time working on some really cool environments and even had some long debates about the color of water. Players want these rich environments as it's easier for them to understand where they're going, it's easier to get a context for what you're doing.

You really find yourself engaged in this world because stuff isn't really staged. In other games, you go to a checkpoint and now this guy's going to run over that guy but in this world, you're in the wasteland, you're driving around, you see a bunch of mutants, then some other guys jump out...

For us what we really wanted to do is create 'events' that you can do or you can't do, it's totally up to you, and that affects the big picture. We try to give players a lot of choice and we encourage them to do the really important things but they don't necessarily have to do them. There are things that change based on what you accomplish. That's always been an important aspect of the game and the storytelling. It's not a formulaic world that just kind of repeats itself and you engage in it. You will see things that you do affect the world, and we think that is definitely part of the storytelling.

Rage 2 is currently due to hit PC, PlayStation 4 and Xbox One in Spring 2019. Stay tuned for more details coming in the next days, particularly after Bethesda's E3 2018 Showcase event.