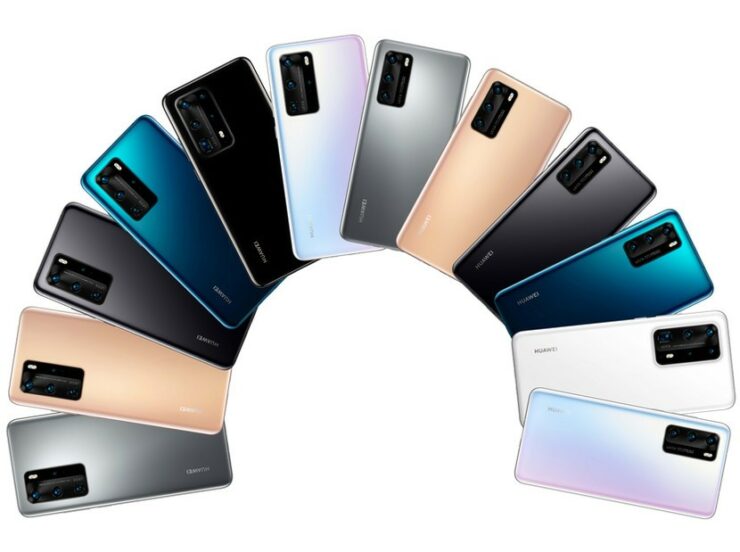 Despite having no access to Google Mobile Services, Huawei is not slowing down. The company previously announced that the upcoming P40 series will be revealed in an online-only event. This move was undertaken to curb the spread of COVID-19 and was a smart one at that.

The event is to take place on 26th March, later this month, and the company has gone ahead and posted an official teaser for the device that does show off a few notable introductions, but also leaves a lot to be desired.

Huawei P40, P40 Pro, and P40 Pro+ Have the Biggest Camera Sensor Packed in a Smartphone Yet

Now the company has gone ahead and posted a teaser on their YouTube channel that does show off some aspects of the device, but at the same time, leaves much to the imagination. The sixteen second video shows that the phone is going to have a curved display, as well as a camera bump; the latter of which we already knew about.

The tease also marks the date which is 26th of this month, ending with a hashtag that says #VisionaryPhotography. Marking the obvious as to how this phone will largely be focusing on the photography side of things.

You can check out the teaser below.

The phone is expected to come with 5G enabled and will be boasting a Kirin 990 chipset, the P40 Pro is said to have a 52-megapixel primary sensor that will come with an RYYB filter, a 40-megapixel ultra-wide angle lens as well as a periscope lens with 10x zoom, and last but not least a ToF (time of flight sensor). The phone is expected to have a 120Hz AMOLED display with a dual hole-punch front shooter.

This is also going to be the first time Huawei will launch three phones in the same series, starting with the entry-level P40, followed by P40 Pro, and then P40 Premium. This trend is now becoming an industry standard and we see many companies following it, including Samsung.

With all the good things aside, the one thing that we must be aware of is that the phone is not going to be coming with Google Mobile Services; which means that services such as Play Store as well as Maps will be missing from the phone. However, the phone will be running Android and we assume it is going to be Android 10 with Huawei's own skin on top of it.

The phone goes official in 10 days and we will be posting the entire coverage. Let us know your thoughts about the phone. Will you be picking one up for yourself?

Huawei’s P40 Could Be the Company’s First to Offer Five Cameras, With a 120Hz Refresh Rate