2019 was a pretty eventful year for Huawei. Although the company continued to churn out impressive handsets that helped shipments grow, the U.S. ban has made its future a little uncertain. Of course, that hasn’t deterred the Chinese giant. Work on its upcoming flagship is going on in full force, as is evident by a recently leaked render that shows the P40 design.

Before we proceed, it’s worth mentioning the credibility of the image is not known and it may very well be a manipulated image. With that disclaimer out of the way, let’s talk about what the P40 design might be like. The photo only shows the right profile of the phone and even then two things are noticeable about the front and back of the handset. First, the camera modules are protruding from the body. This means that the Huawei P40 might feature large sensors. Huawei’s flagships are already known for their camera and bigger sensors can improve the result further.

Other than that, it seems like a curved screen will be a part of the P40 design, but perhaps it will not wrap around as much as the Mate 30 Pro’s display. Other than that, the render shows that the volume and power buttons will remain at the same place as P40’s predecessor. 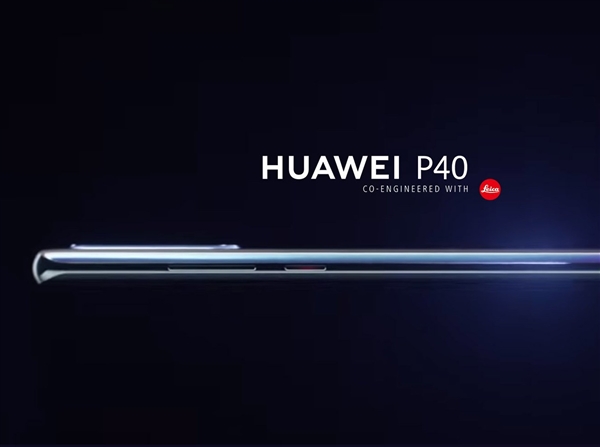 According to a previous report, the Huawei P40 specifications will include a large 6.57-inch AMOLED display with two pinholes. It is tipped to have a QHD+ resolution and will likely support HDR content. The phone will apparently be fueled by the Kirin 990 5G silicon. Even though the Mate 30 hasn’t been released internationally so far, rumor has it that the Huawei P40 will be released globally. Moreover, this time around, the company is apparently eyeing an early release, which means we might get to see it before March, either during the CES or MWC 2020 trade show.

Do keep in mind to treat this image and all related specification details with a grain of salt. As we move closer to the start of 2020, we’ll know more about Huawei’s future plans, so stay tuned.