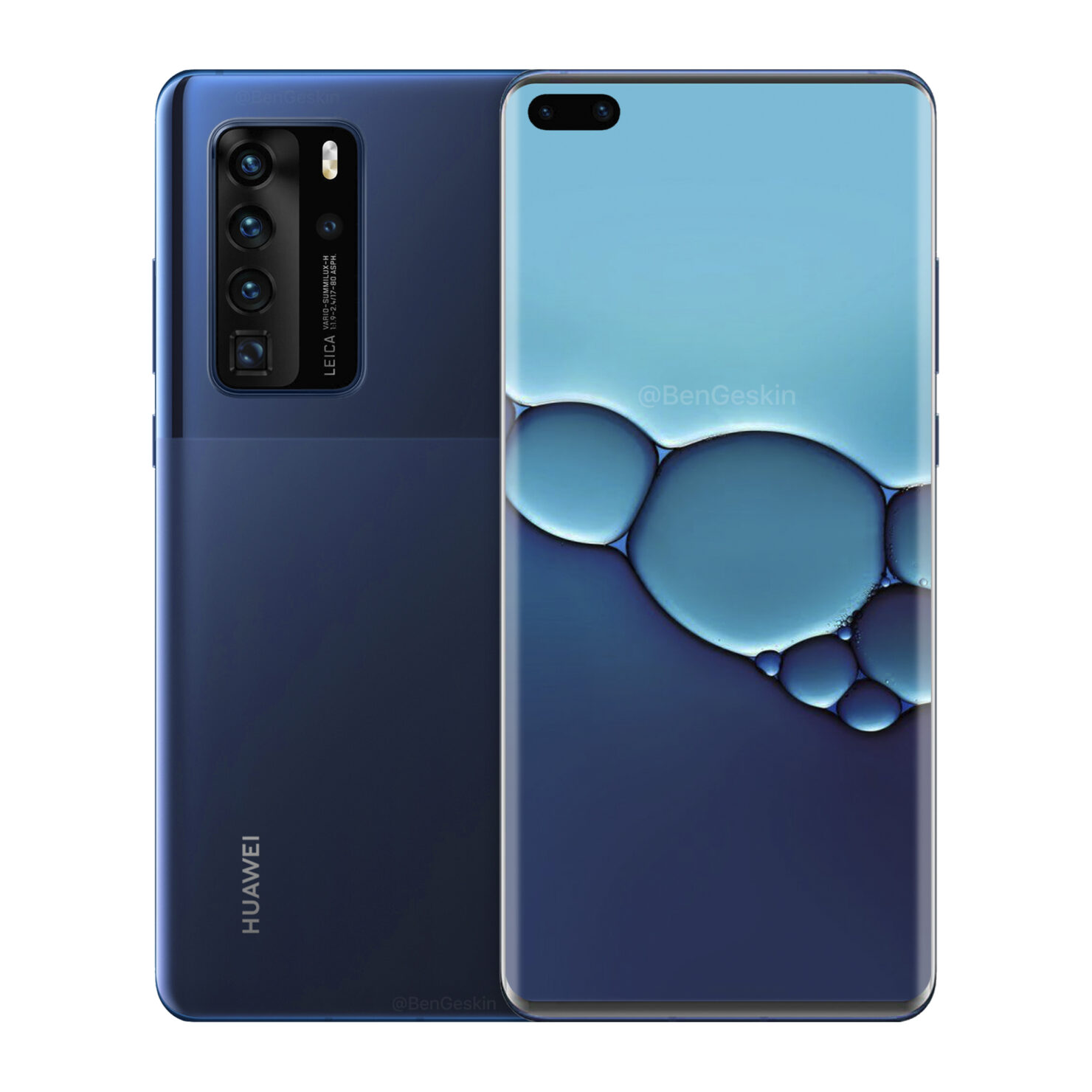 There have been quite a few leaks centered around Huawei's upcoming P40 series. We know that there will two (or even three) devices in the series, starting with the Huawei P40 Pro, P40, and possibly a P40 Lite. Some leaks indicated that the phone would come with a quad or Penta-camera setup at the back. Now, German publication Winfuture.de managed to get their hands on the just about everything there is to know about Huawei's upcoming flagships.

The Huawei P40 Pro will come with a 6.58-inch AMOLED display, which has a 90Hz refresh rate and a resolution of 2640×1200. There is an in-display fingerprint sensor on the device and a sizeable punch-hole cutout at the top, which houses a 32MP selfie camera and an IR sensor, much like the one we've seen on newer iPhones.

The phone will come with 8GB of LPDDR5 RAM and either 128GB or 256GB of UFS 3.1 storage. The expansion will be a bit of a pain at the phone will use Huawei’s proprietary NanoMemory slot. The Huawei P40 Pro is IP68 rated for water/dust resistance and somewhat by a 4,200 mAh battery that can be charged at 40W. The best part is that 40W speed is valid for both wired and wireless charging. Lastly, Huawei has opted for a graphene cooling system for the phone's Kirin 990 chip.

Now, let's take a look at the juiciest bits about the phone. Every Huawei phone has earned several accolades for its cameras, and the Huawei P40 Pro is all set to continue the legacy. The primary sensor is a 50MP “UltraVision” camera that boasts of features such as optical image stabilization, “Octa Phase Detection Autofocus,” and an “XD Fusion Engine” chip that Huawei says will help process images better. It is assisted by a 40MP sensor that will be dedicated to videos only. The third sensor is a 12MP telephoto lens. Surprisingly, there is no ToF sensor on the back, which is rather puzzling, considering that it is pretty much standard on a lot of flagships these days.

The 'base' Huawei P40 will come with a smaller 6.1-inch screen, a 3,800mAh battery, and only in one configuration with 8GB of RAM and 128GB of storage. The primary 50MP sensor remains the same, but the other lenses are different. Instead of the 40MP sensor dedicated to videography, you get a 16MP ultrawide lens and an 8MP telephoto camera. Lastly, the front of the screen doesn't have the P40 Pro's IR sensor either.

Both phones will come with Huawei's Kirin 990 SoC and 5G connectivity. Huawei will also release LTE-only variants of the phone for countries that lack 5G infrastructure. Additionally, both devices will ship with Android 10-based EMUI 10 out of the box and will not come pre-installed with Google apps and services. Prices will reportedly start at €799 ($862) for the Huawei P40, while the P40 Pro will retail at €999 ($1077).