How to Update Apps in iOS 13 App Store [Tutorial] 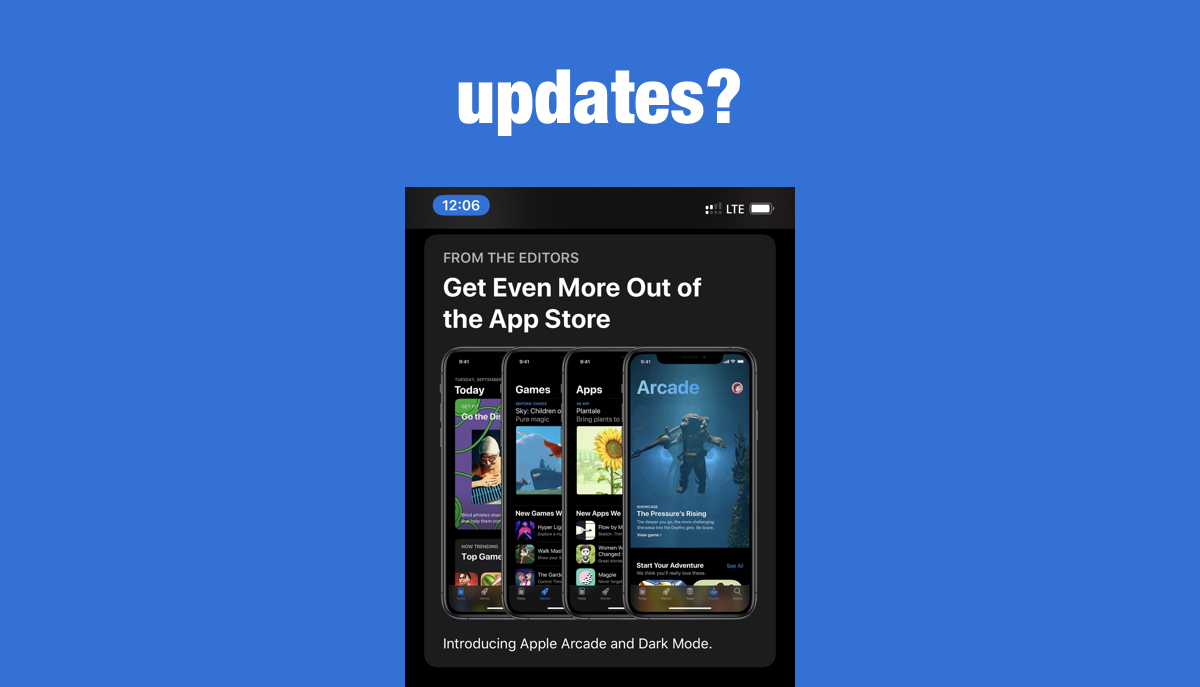 Here's how you can manually update apps in the iOS 13 App Store. Apple removed the Updates tab in the latest software release.

Whenever a new software update drops for the iPhone or iPad, there are a ton of features which immediately make sense. Then there are some which might raise a few eyebrows for some users. For example, in the iOS 13 App Store the Updates tab is now missing, making room for Apple Arcade. It's understandable; space was limited and Apple had to reshuffle things a little.

But, you can still update apps manually in the iOS 13 App Store. All you have to do is tap on a few extra things to get to it. Pick up your iPhone or iPad and let's get started.

1. Launch the App Store from the home screen.

2. On the top right hand corner, there's a small photo of you, or whatever you've set as a display image for your Apple ID. Tap on it.

3. In this new panel, scroll down a little and you'll see all your recently updated apps and updates that are available to you.

4. In order to manually search for new updates, just pull to refresh on this screen. It's as simple as that.

I know, it's not as convenient as how it has always been but at least it's still there. Be thankful that Apple didn't remove this feature from the iOS 13 App Store completely in favor of solid automatic over the air updates.

Personally, I find this change a little frustrating as I find myself checking the App Store a lot for new updates. It's just exciting to see immediately which of your favorite apps have been updated so you can simply try them out straight away. Of course, the feature is still there, but now we all have to learn to live with the new change which is outlined above.

We will have a lot of tutorials regarding iOS 13 and iPadOS in the days to come so keep your eyes wide open. In the meantime, be sure to check out the following:

Looking to install iOS 13 right now? Check out the following: