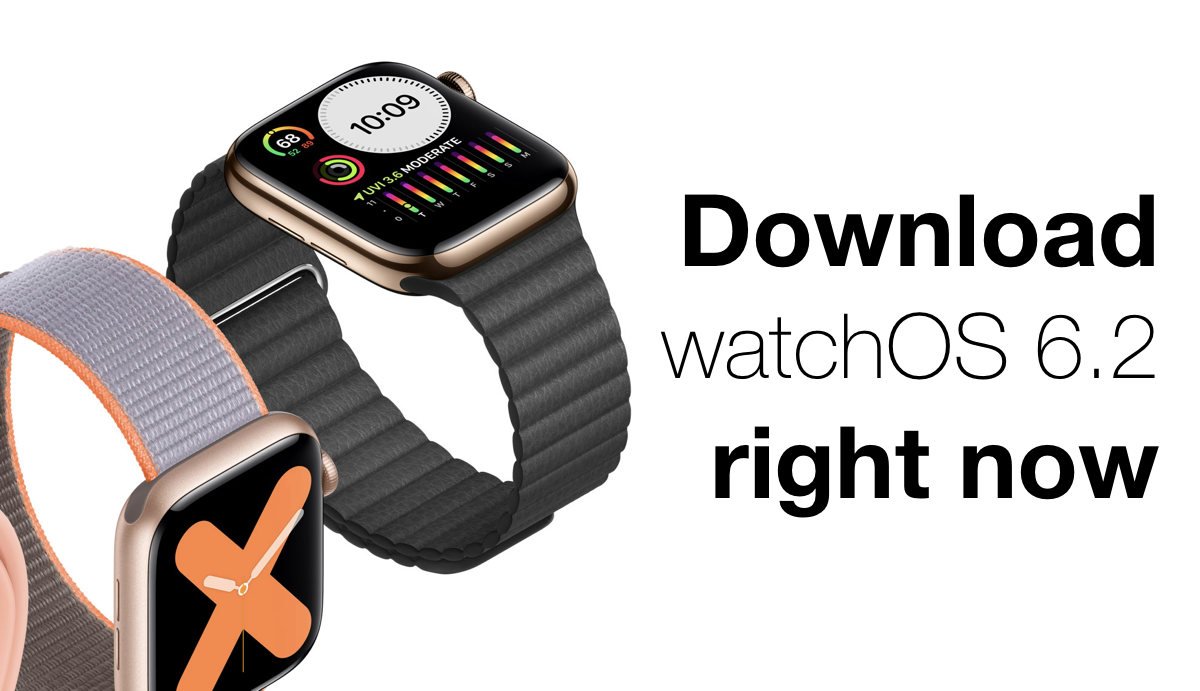 We will show you how to download watchOS 6.2 on Apple Watch ahead of its official release which is set for next week.

Yes, You Can Download the Final Version of watchOS 6.2 Right Now Ahead of its Official Release on Your Apple Watch

Apple seeded the GM version of iOS 13.4 / iPadOS 13.4 and watchOS 6.2 to developers this week. Apple also promised that it would release the final version of iOS 13.4 on March 24, which falls in the coming week - Tuesday, to be more exact. Therefore, it is safe to assume that the company will release watchOS 6.2 on the very same day, too.

If you want to download watchOS 6.2 GM right now, then you need to be enrolled in Apple's Developer Program, which will set you back a cool $99 annually. But, if you access to the watchOS software profile then you can skip the developer program subscription and install watchOS 6.2 GM right now, which is essentially the final build that is going to be released this week.

Before we go ahead to download watchOS 6.2 GM, let's first have a look at the changelog real quick:

Obviously, there are bug fixes and performance enhancements in this release too, something which everyone should care about.

Step 1. Open this tutorial on your iPhone to which your Apple Watch is paired to.

Step 2. Download this profile and install it. You might be required to restart your device so please do it.

Step 5. Place your Apple Watch on its magnetic charger and leave your iPhone connected to Wi-Fi during the entire process. You really do not want anything to go wrong at this point. Once the download and installation is complete, you can start using your Apple Watch normally.

Please note that once you upgrade to watchOS 6.2 GM, there is no way of downgrading back to the public release even if something goes wrong. You have to download and install every single update over the air to move forward, and we can't emphasize enough on this.

If, for some reason, you feel that you should not take this route for downloading watchOS 6.2, then you can totally skip it. The final release is literally a couple of days away, if everything goes according to plan and Apple doesn't hit a last minute speed bump while testing the software.

Interested in downloading iOS 13.4 / iPadOS 13.4 instead? Check out the following: