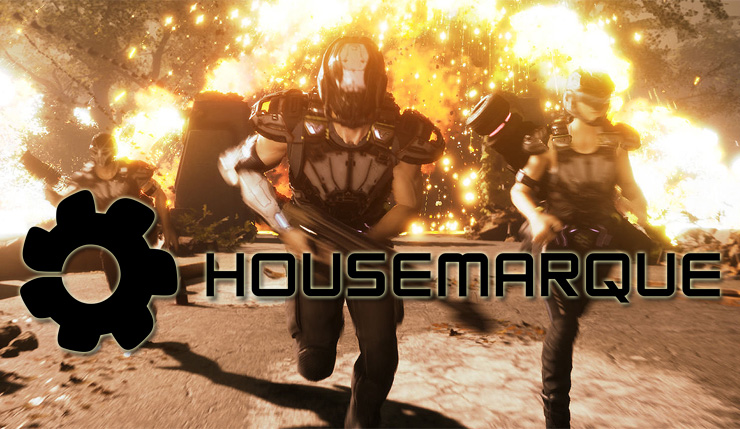 Housemarque, the developer best known for hardcore arcade-style shooters like Super Stardust, Resogun, and Nex Machina, is gearing up for their first full triple-A game. Last year, the studio dramatically declared the was arcade shooter dead and later announced the new battle royale game Stormdivers, but that’s not all they’re working on. Housemarque’s just-announced triple-A title will be based on a brand-new IP, and they’ve expanded their operation to nearly 70 employees to make it happen.

“A year ago, we announced that ‘arcade is dead,’ at least for Housemarque, ending our long-standing commitment to creating arcade inspired games. Many thought that surely the studio must be in peril and that we’d be closing our doors soon, however this couldn’t be farther from the truth. Instead of shutting down we have made the jump to triple-A development and are working on a new, unannounced IP. This is the biggest and most ambitious game that Housemarque has ever worked on. Our team is approaching 70 people now, and we are still staffing up for the new project.

A couple of years ago the future of the company did look uncertain. It looked like we should either scale down our development efforts significantly, letting go of great team members, or start thinking much bigger and ambitiously to survive beyond 2017. […] So, we started working on new, more ambitious concepts, but of course we had some challenges to face there as well. It took time to convince ourselves that we could be up to the task of developing a much bigger game than we have done in the past, as we were only around 50-people strong, working on two projects simultaneously. We knew this wasn’t enough people to create a triple-A game, so we dug in and took the plunge.

We started working on new, creative concepts to present to potential partners and eventually, we landed a great opportunity to start working on pre-production for a new, unannounced triple-A IP last year. At the same time, we truly started to rethink our company culture. What is really needed to build up triple-A game development capabilities, and how should we approach our overall development process and the future of the company. Our purpose has stayed the same: to develop unique game experiences for our fans and create a great workplace for our employees.”

Given the quality and polish of past Housemarque games, I’m certainly excited to see what they can do in the triple-A space. On the other hand, big ambitions come with bigger consequences for failure – I’ll admit, I’m a little concerned about what the move to triple-A could mean for Housemarque. Here’s hoping the move pays off for the studio.

Housemarque’s Stormdivers is set to launch sometime in 2019. No word yet on when their new triple-A title might arrive.