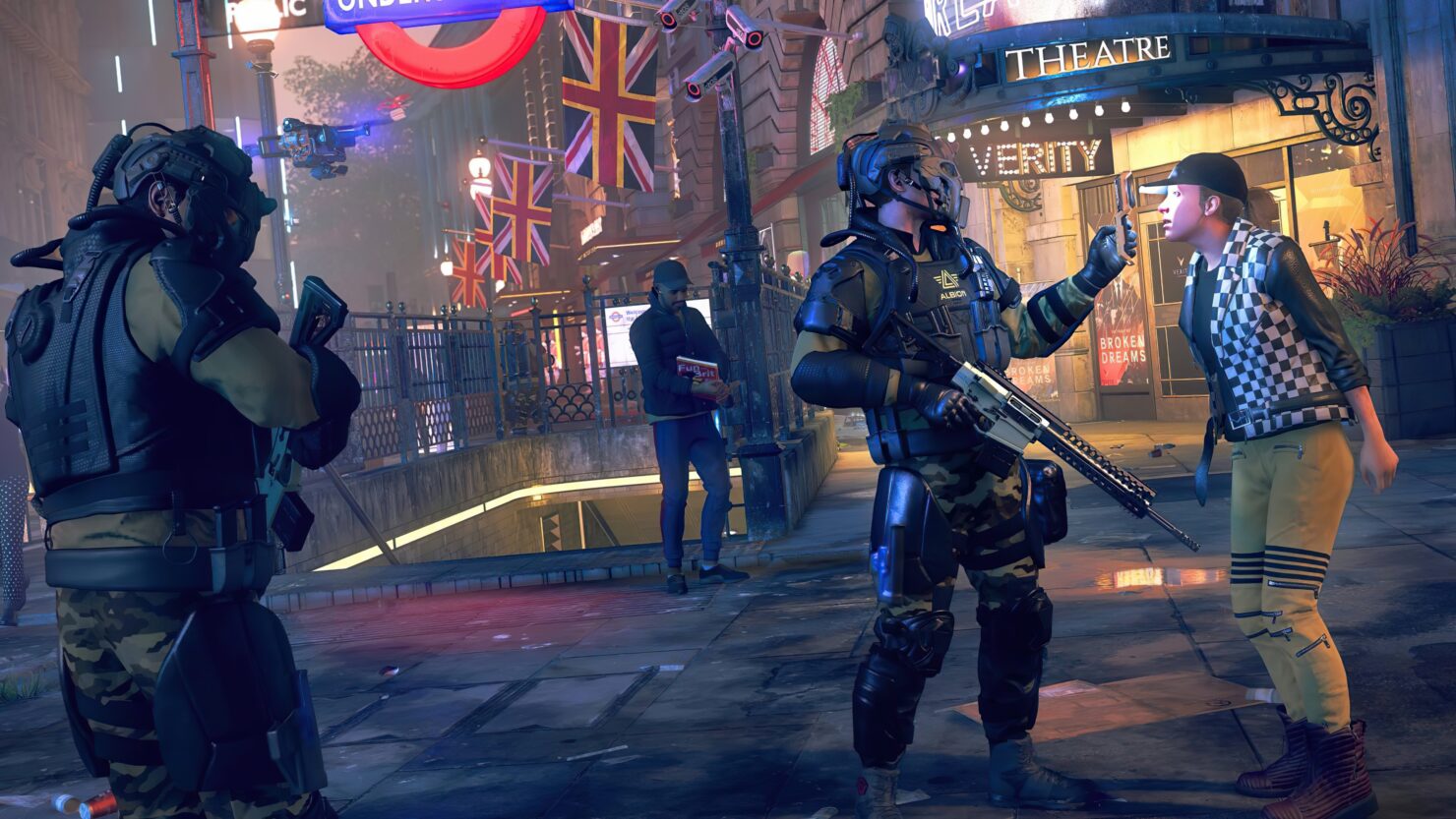 So you’ve made it to London, and you’ve seen the sights which have all be inexplicably taken over by street criminals or war criminals. But now you want to make your own sights. You want people to see you, and not just because you’re wearing a Union Jack onesie.

Well, Watch Dogs Legion has a few ways you make yourself, and DedSec more visible, Paste Ups. These are in-game collectibles that have you creating impressively detailed murals over certain walls all across London. 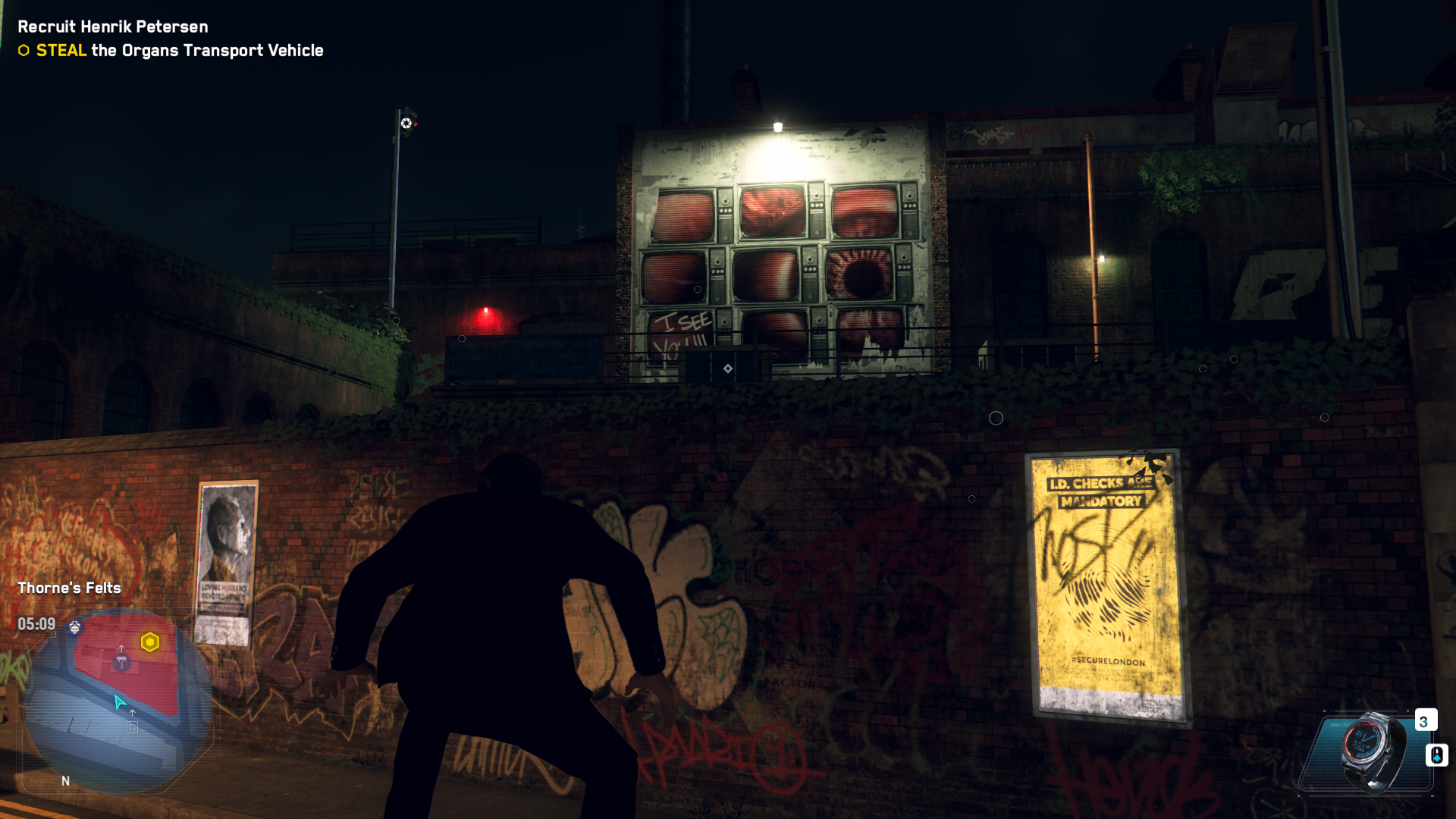 These Paste Up often take you into restricted areas where you’ll have to use your guile, or a construction drone, to get to the virgin wall. Thankfully given the size of London, the map in Watch Dogs Legion is quite forgiving. Nearly everything you might want to interact with appears on the map if you go past the area.

With that in mind, here is the location of each of the Paste Up points areas around the city. All you have to do to find them is drive to the marked area and you’ll spot the icon pop up. Some are quite close together too, so don’t go speeding off straight away. If you're looking for the icon on the world map, you'll have to zoom in very close, but then it will show you every collectible you could want. Before we begin, don't forget to check our previous beginner primer and guide to recruit the best operatives.

Paste Up Locations in Camden 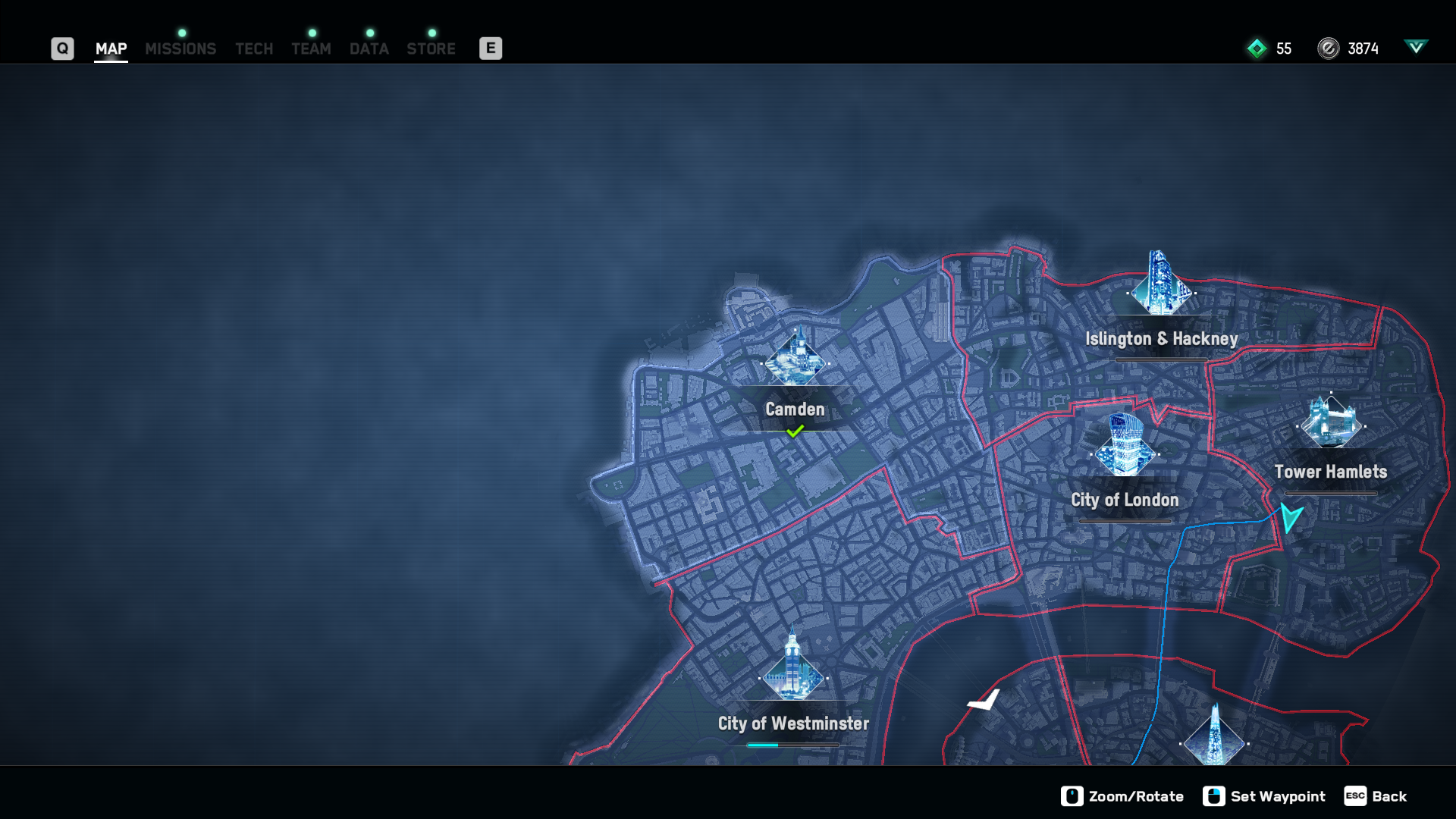 Thanks to millennia of expansion condensed into a single game space, the boroughs of Watch Dogs Legion's London are not simple square grids but roving angular shapes that can be hard to feel the difference between. Camden, in Watch Dogs Legion at least, is a large area to the north of the map that stretches east and west, with some alcove to the south.

There are 3 Paste Up Locations in Camden. 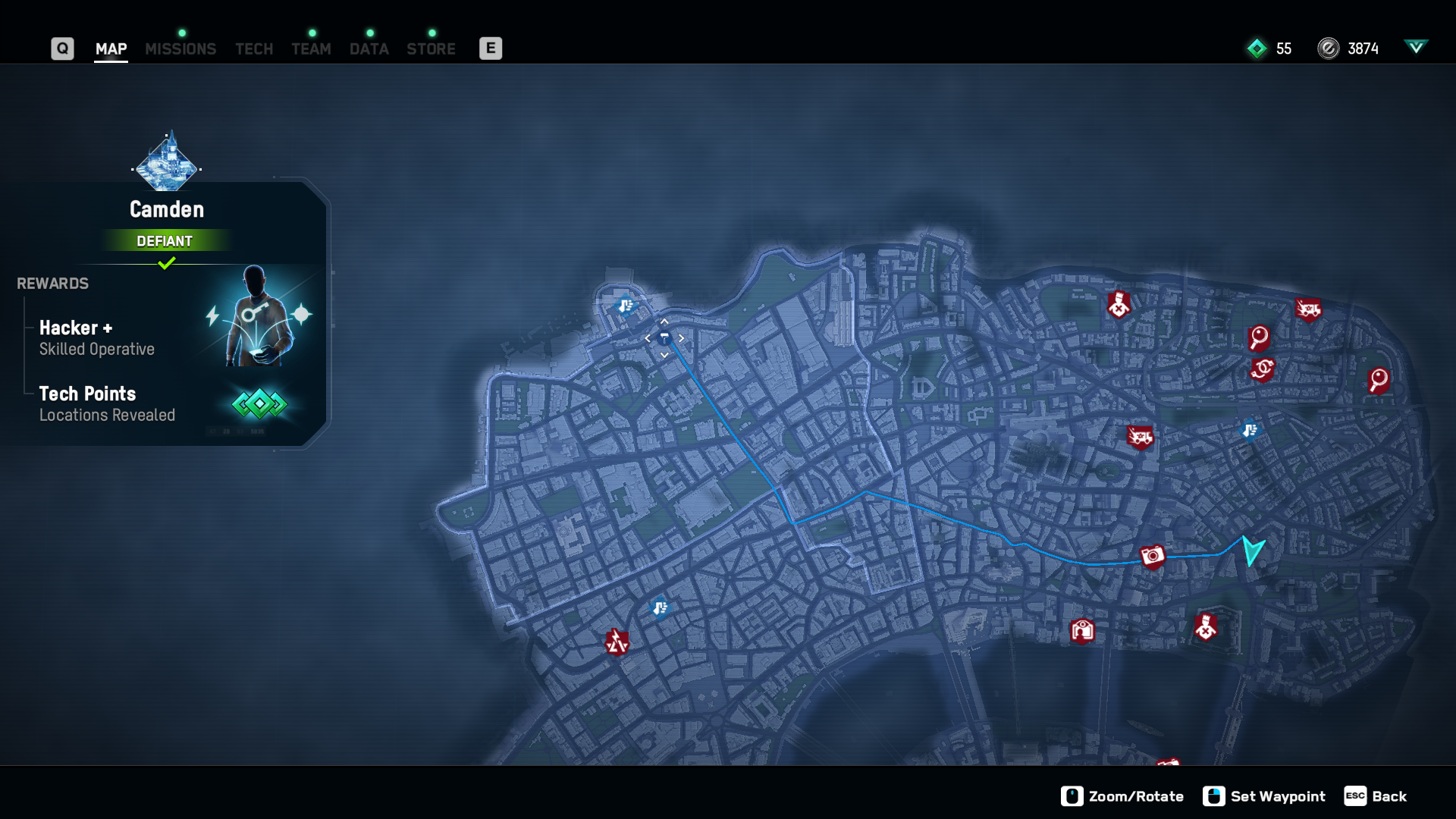 The first Paste Up Location in Camden is near the north end of Camden High Street. Just a short walk north from the Camden tube station, this is an easy to spot location, in a busy, once tourist area of the city. 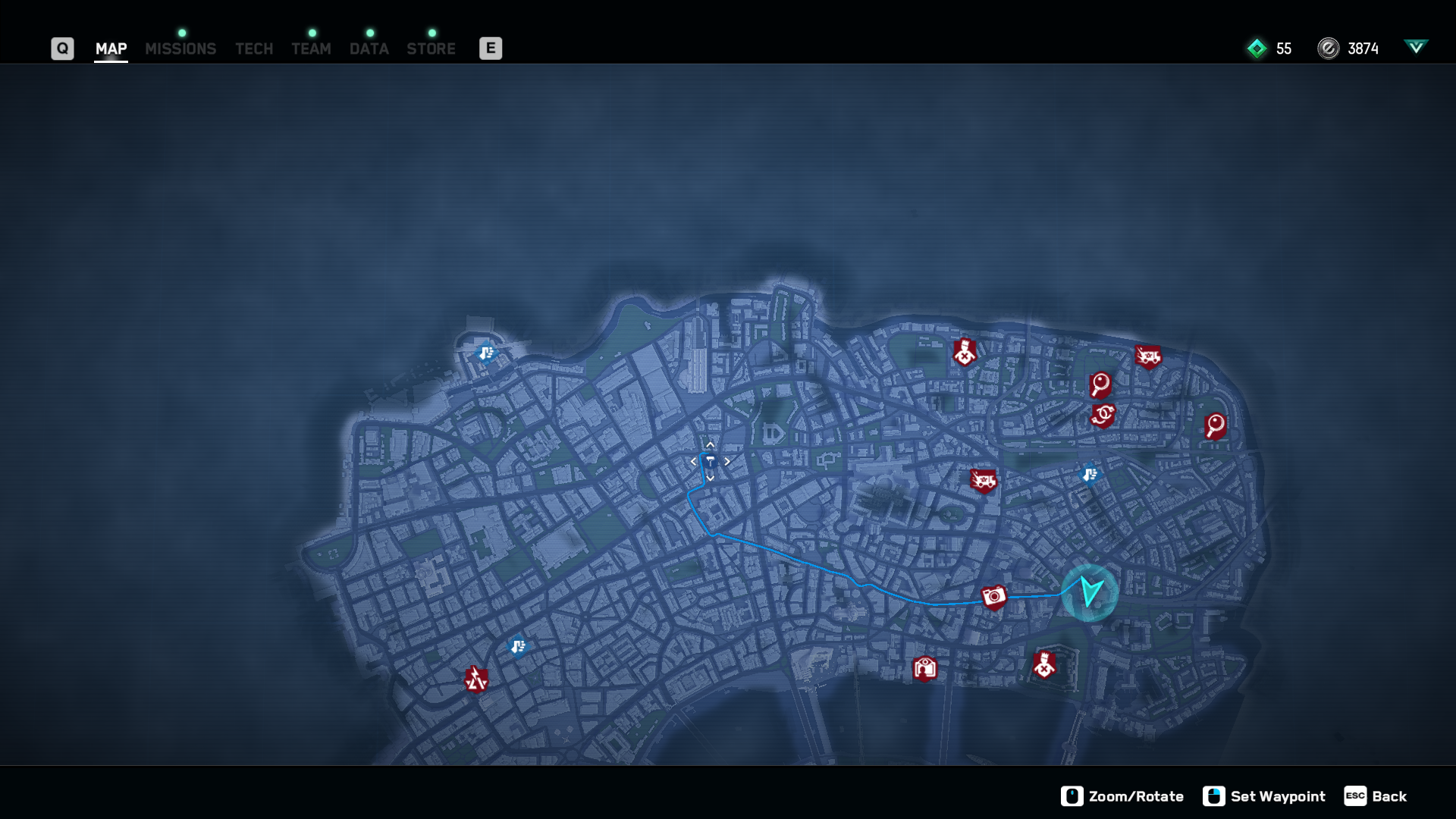 Next, you'll need to come along the edge of Camden and Islington and Hackney. This Paste Up Location is in Leather Lane market, a restricted area controlled by the Kelley crime family, so you better be careful making your way to the rooftops. 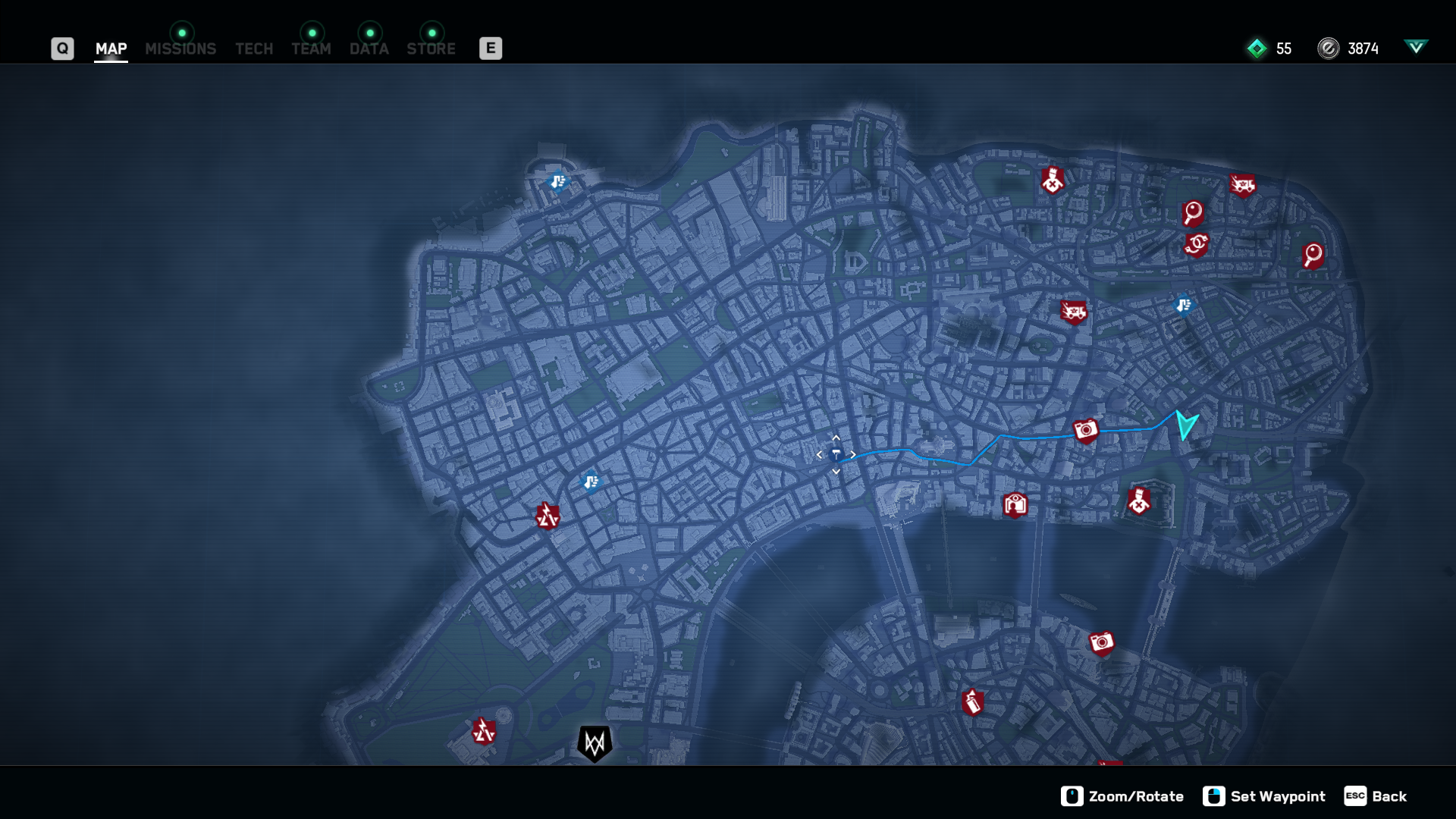 The final Paste Up Location in Camden is just inside the Royal Courts of Justice. This is another restricted location, but this time it's Albion who is in control. You'll also visit this area during one of the first couples of missions in the game, so keep an eye out and you get two birds with one stone.

Paste Up Locations in Islington and Hackney 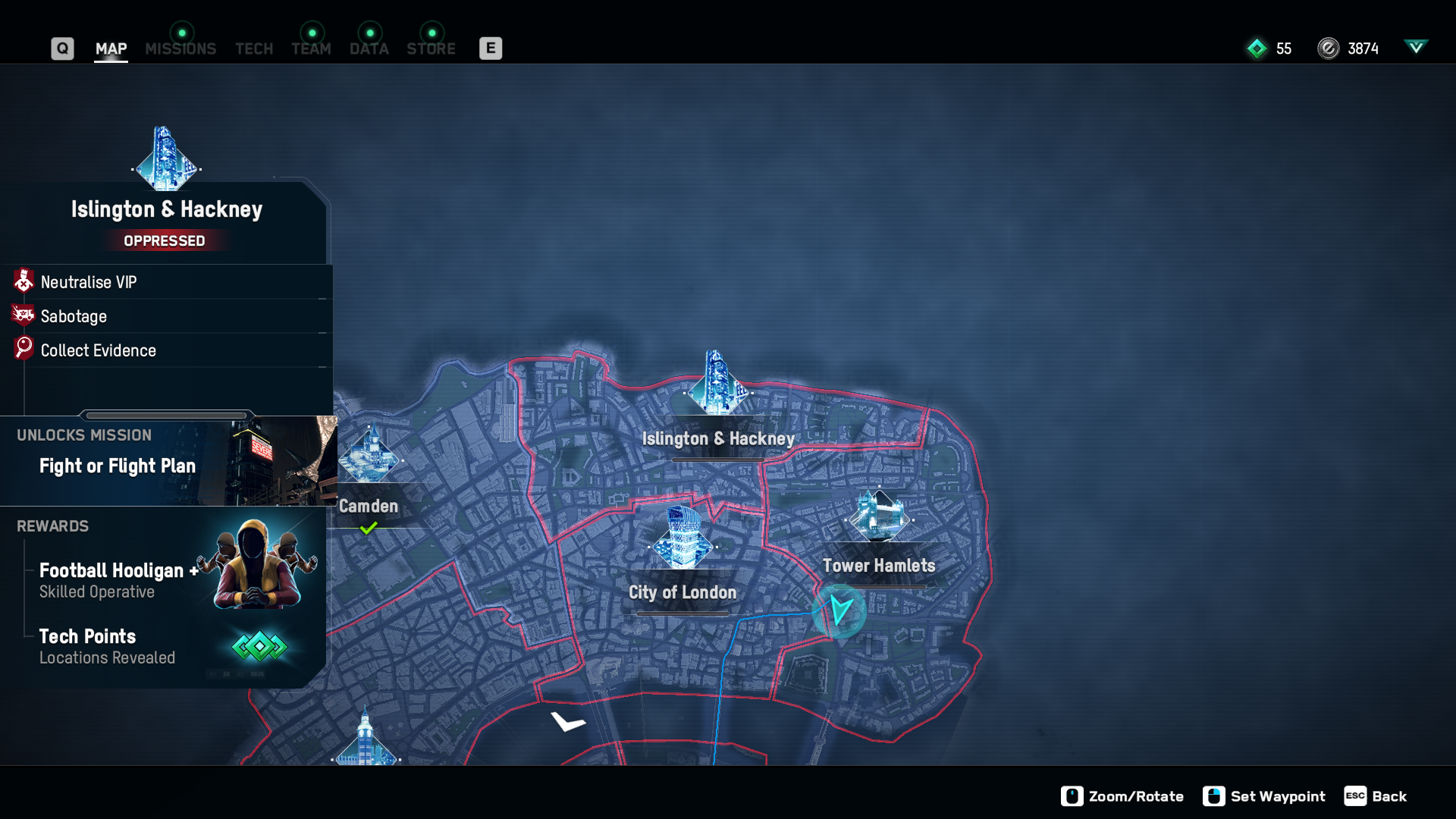 There's only one Paste Up Location in Islington and Hackney, and somewhat frustratingly, it's right on the very border of this borough and the City of London, and Tower Hamlets. At least that means you don't have to take the tube very far north. 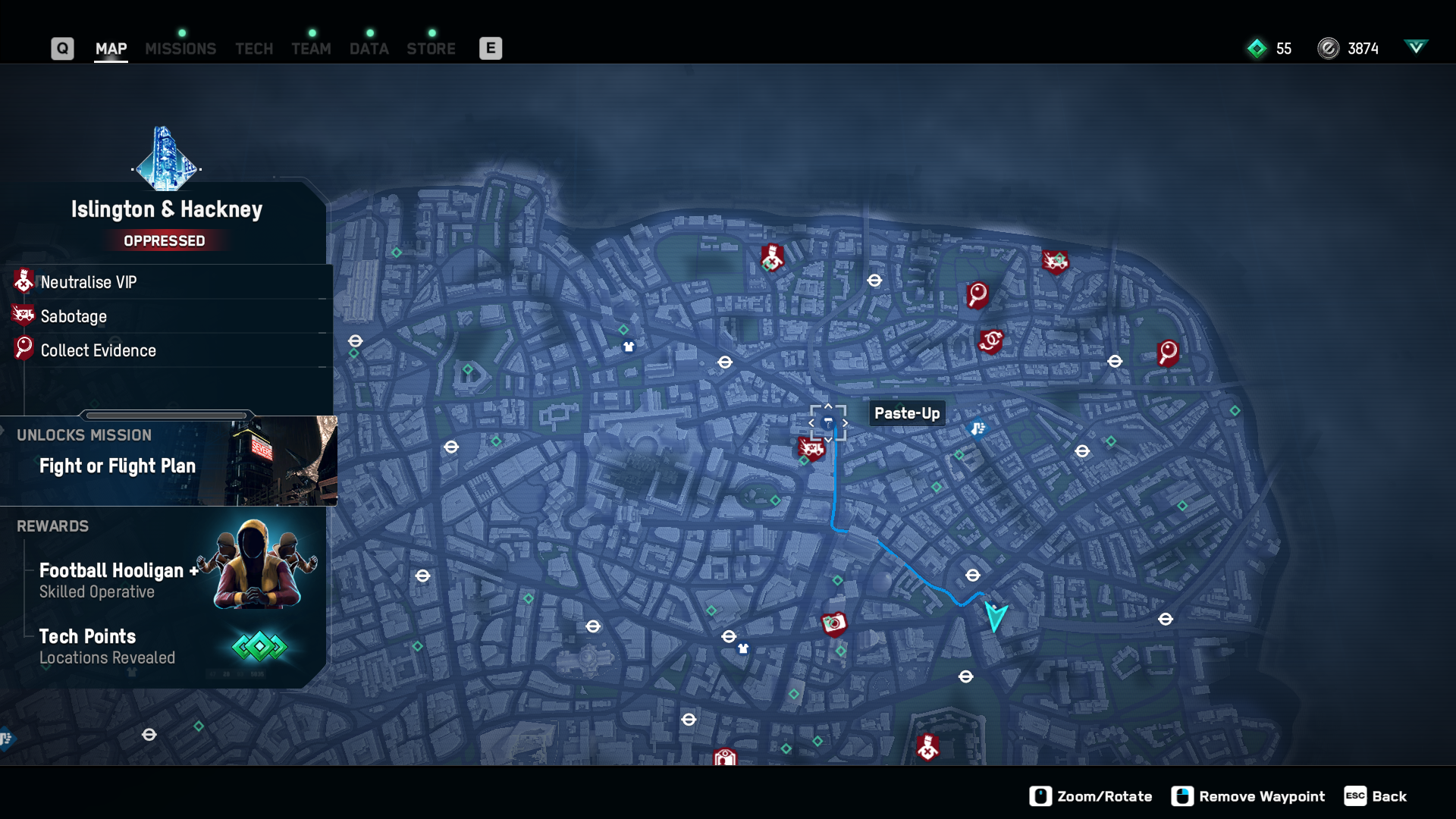 You'll find this Paste Up in the delightfully named FoodTown, a fairly pedestrianised area, so maybe don't rush into the area with a sports car.

Paste Up Locations in City of London

There aren't any Paste Up Locations in the City of London borough, which is good, because I don't think DedSec operatives would enjoy rubbing shoulders with bankers and conservatives.

Paste Up Locations in Tower Hamlets 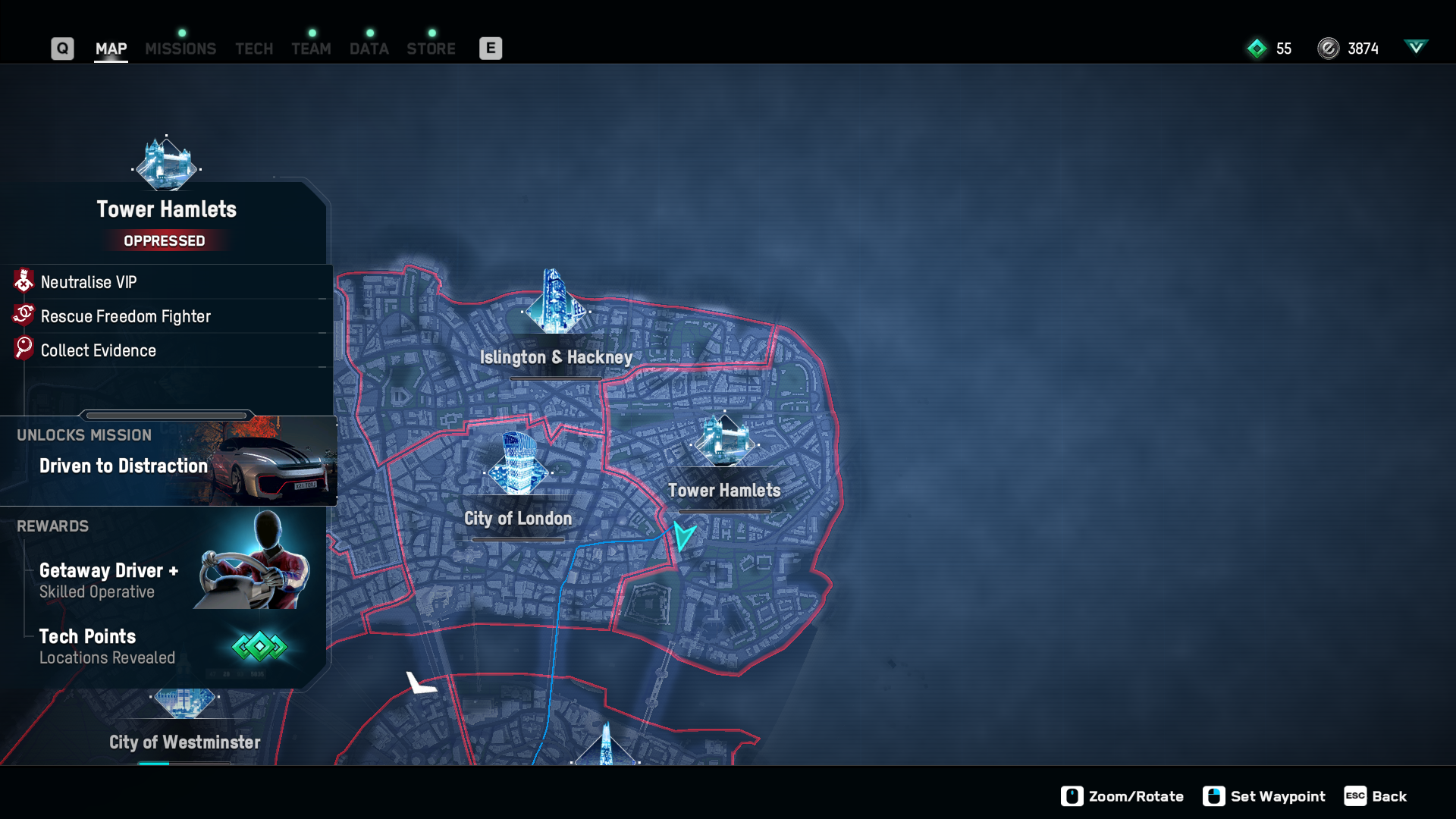 To the far east of Watch Dogs Legion's version of London, you will find  Tower Hamlets, named either for the Tower of London or the Tower Bridge that connects it to Southwark (I can't be bothered to google and check.)

There is only one Paste Up Location in Tower Hamlets. 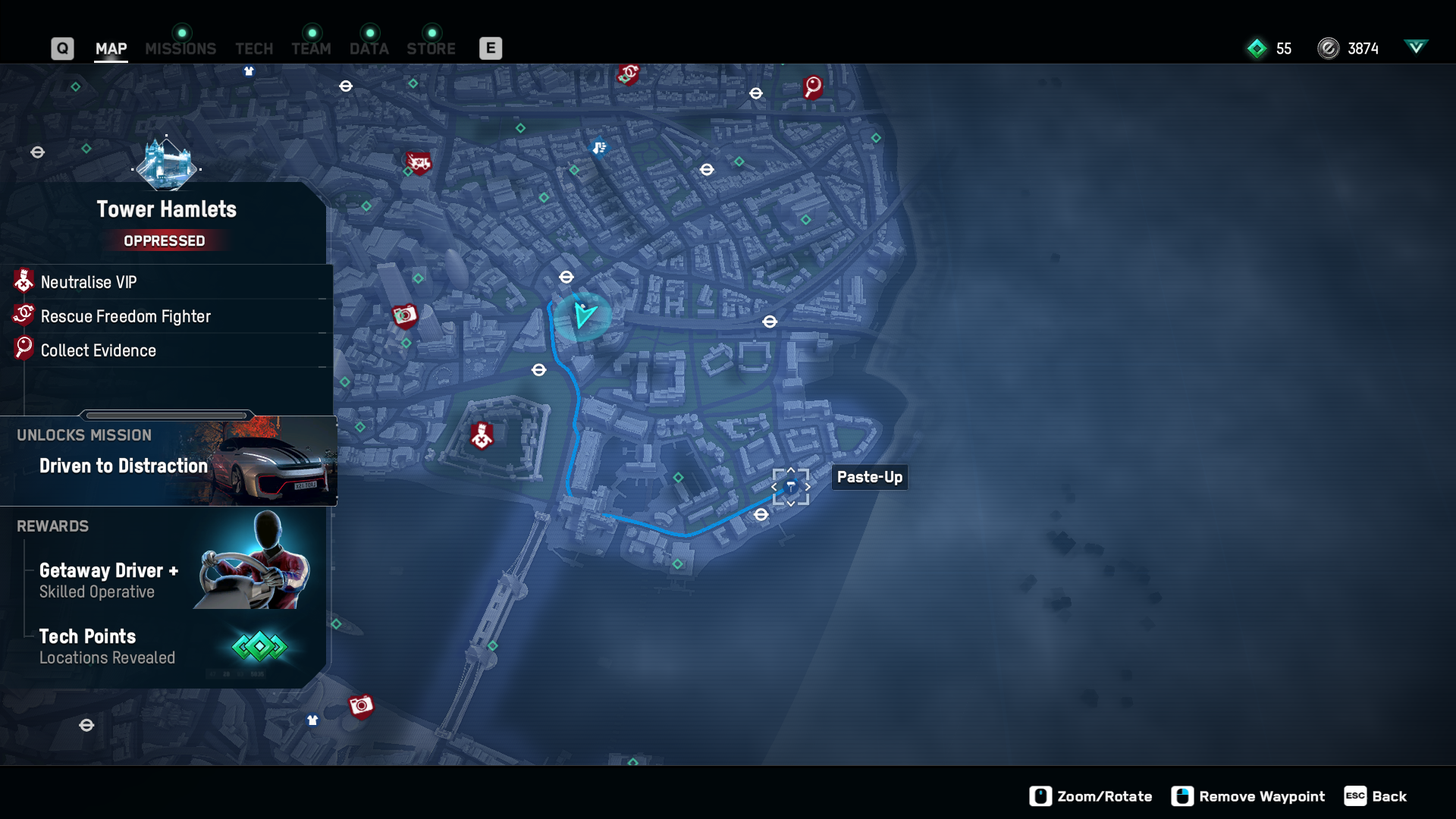 This Paste Up can be found around the back of the Drowning Post pub right on the edge of the Thames. Once you're done painting your masterpiece, why don't you step inside for a drink and a game of darts, and check out where else you can wet your lips or throw some needles in our other Watch Dogs guides?

Paste Up Locations in City of Westminster 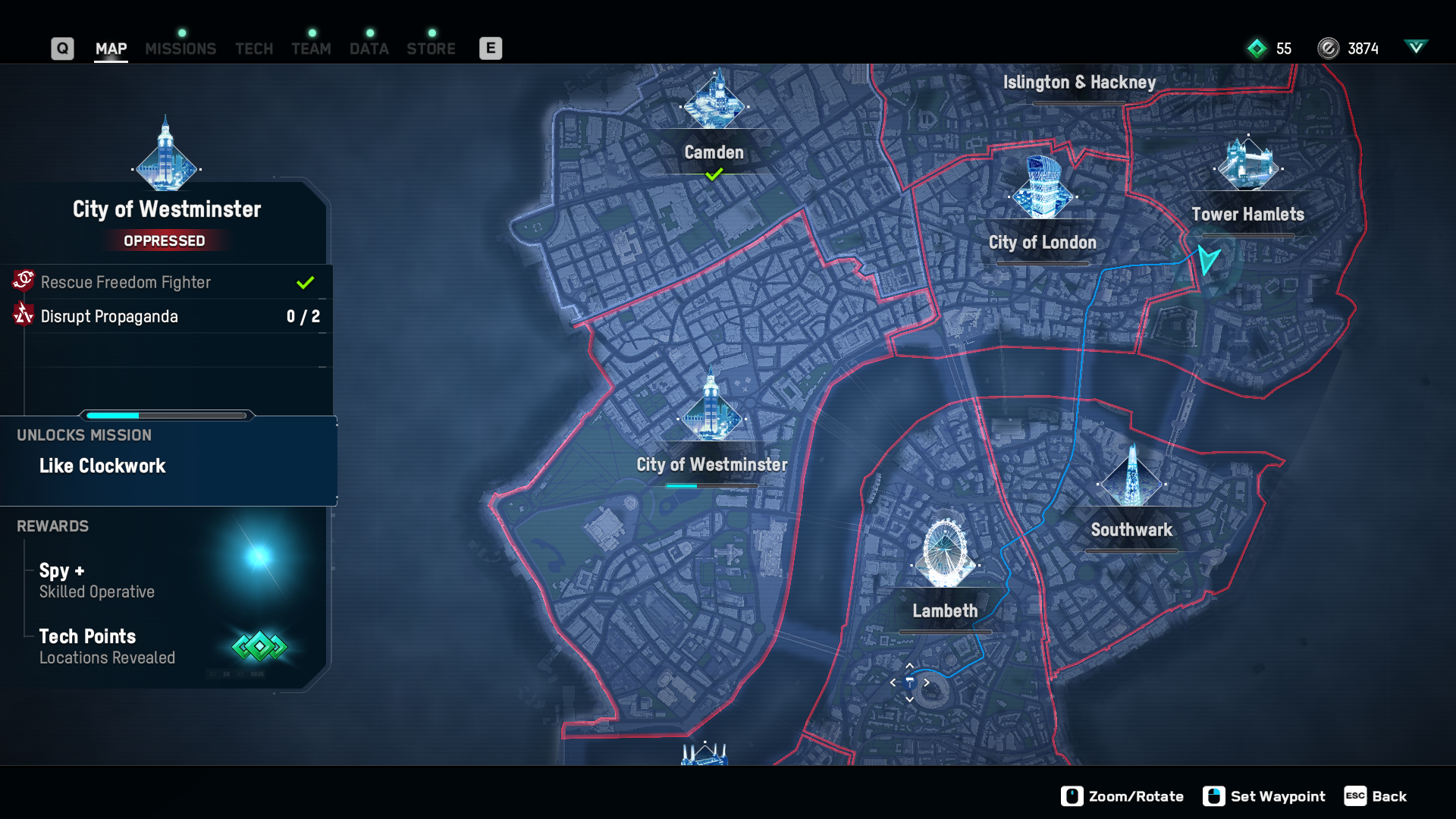 The City of Westminster is probably the largest borough in Watch Dogs Legion, but thankfully a lot of the area is made up of Buckingham Palace and its vast gardens, so you don't have to get too overwhelmed exploring the political and royal heart of the country.

There are four Paste Up Locations in the City of Westminster. 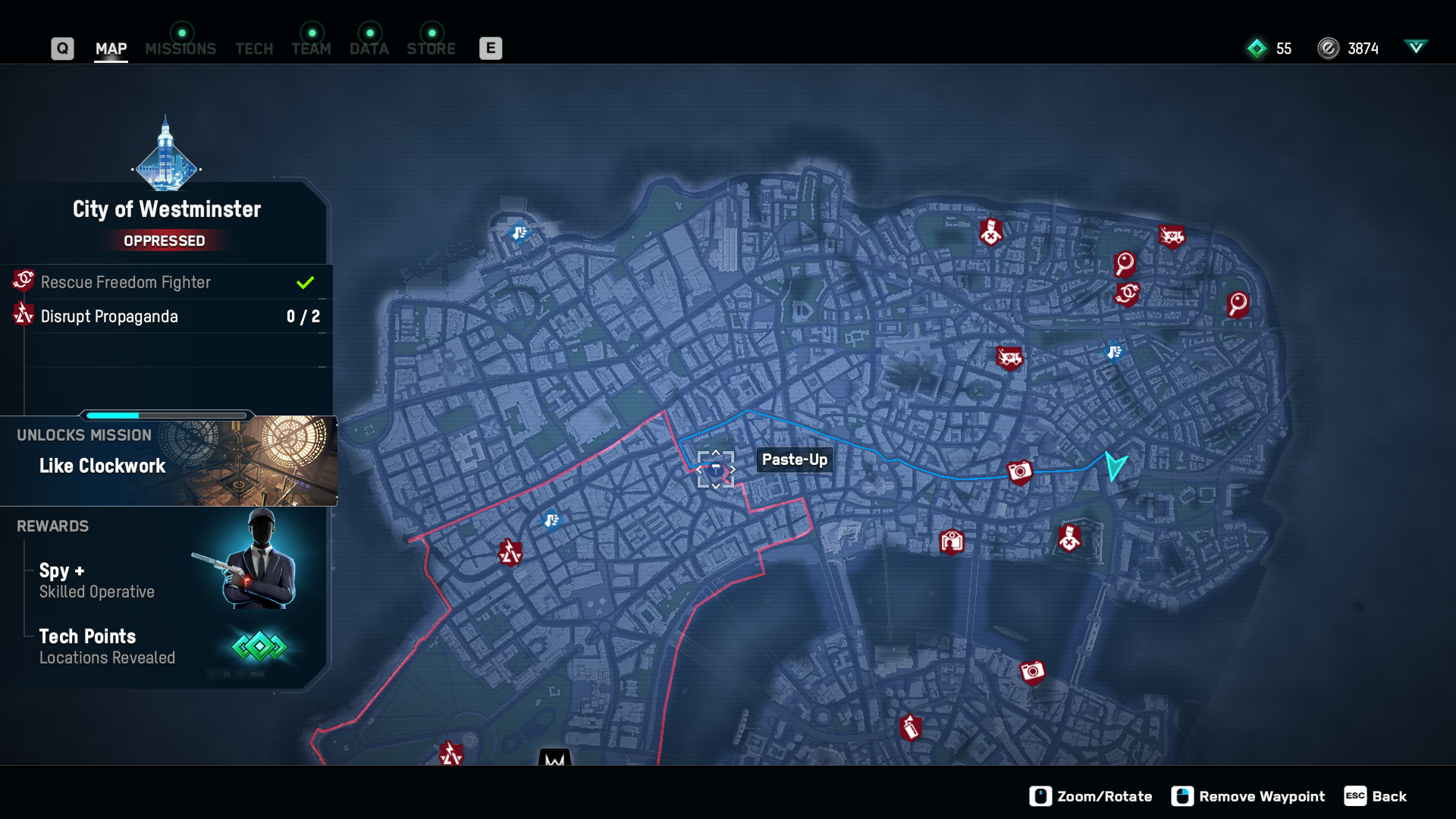 The first Paste Up Location in Westminster can be found at Thorne's Felt, an already heavily graffitied area on the edge of Westminster and Camden. Mind out though, as Clan Kelley have set up shop here, and aren't to kind to would-be-artists. 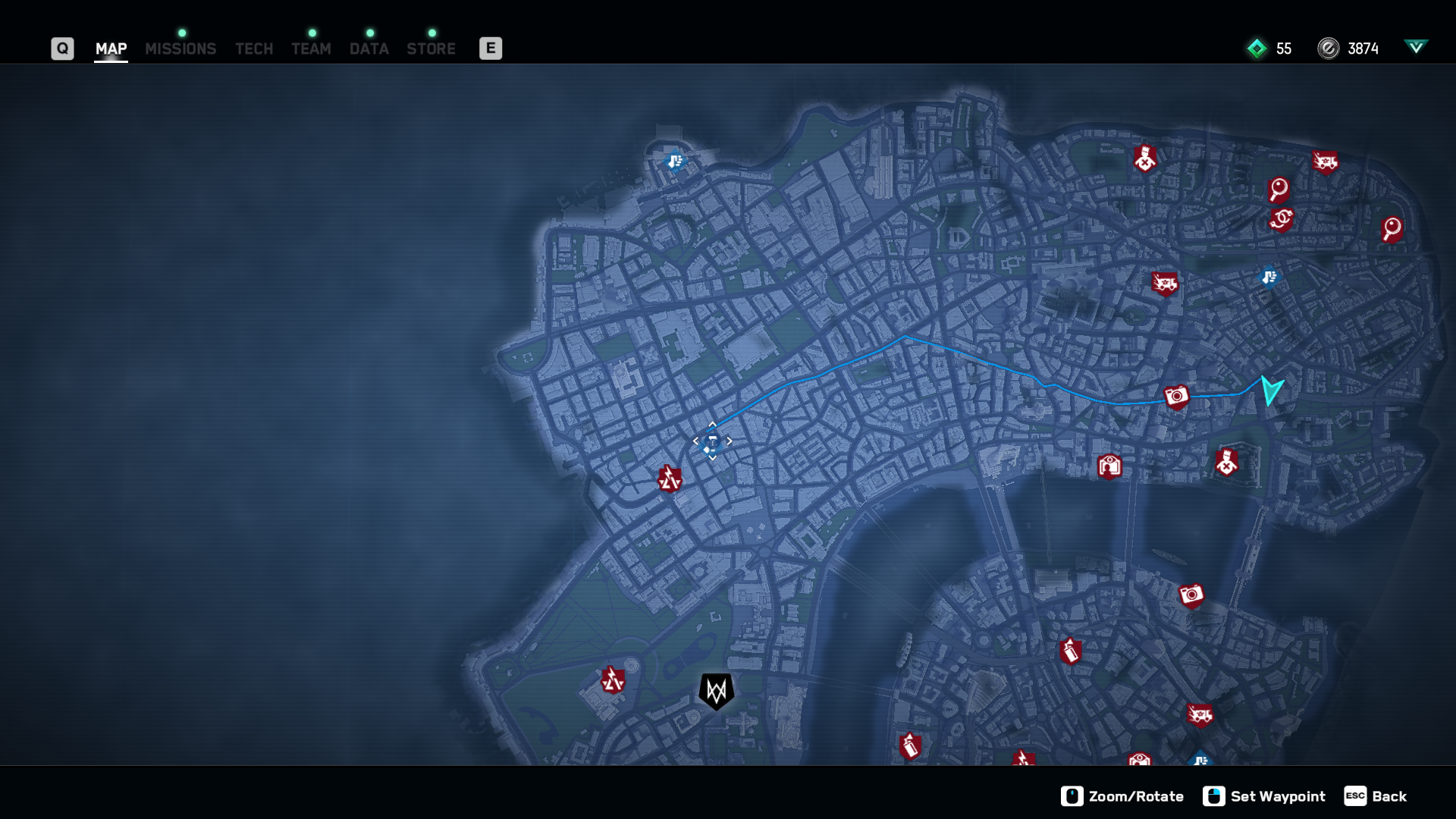 The next Paste Up in Westminster is found in Chinatown. This brightly lit area is free to roam and best enjoyed at night. Although some back allies and warehouses aren't so open to the public. 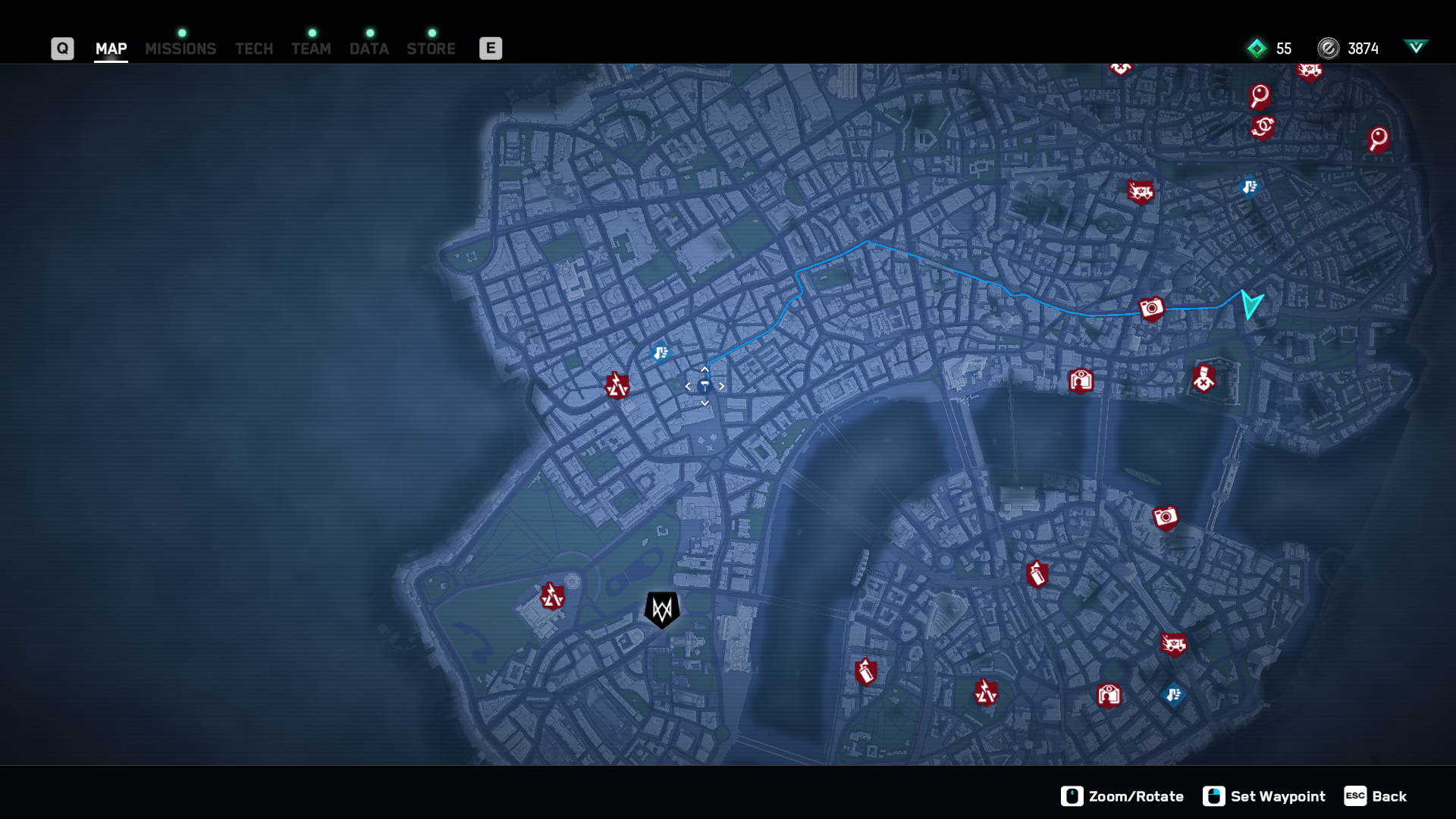 Heading into the cultural heart of the city, this Paste Up is found along the side of the famous and beautiful Sanford Theatre. While you're not in a restricted area here, people might not take too kindly to street artists 'defacing' a national monument. 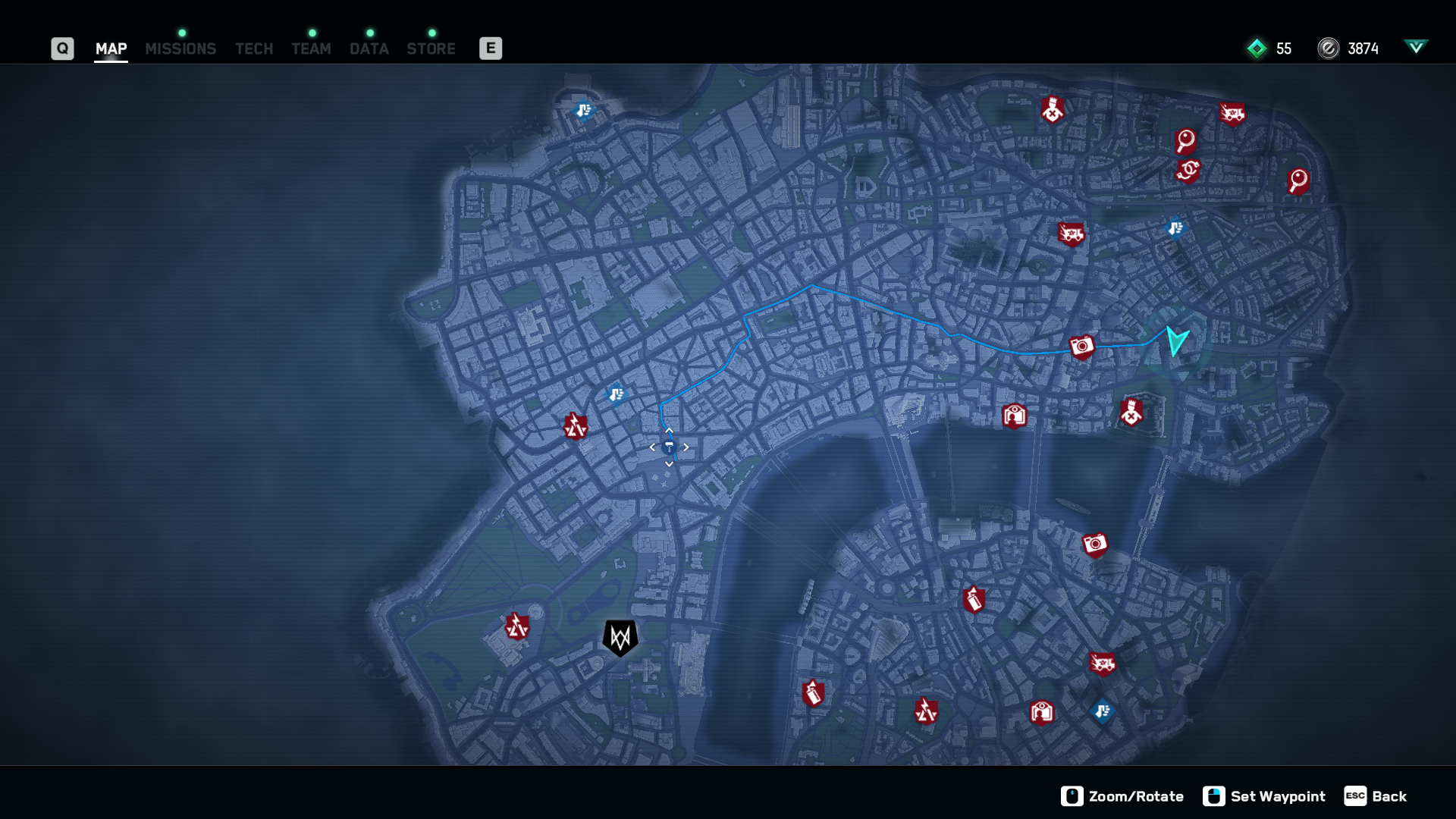 But if you thought the Sanford Theatre was a bit public, wait until you see your target on the façade of the National Gallery. Overlooking Trafalgar Square, this beauty spot is also the traditional area where the people of London protest, making it a little tense in this hostile world.

Paste Up Locations in Southwark 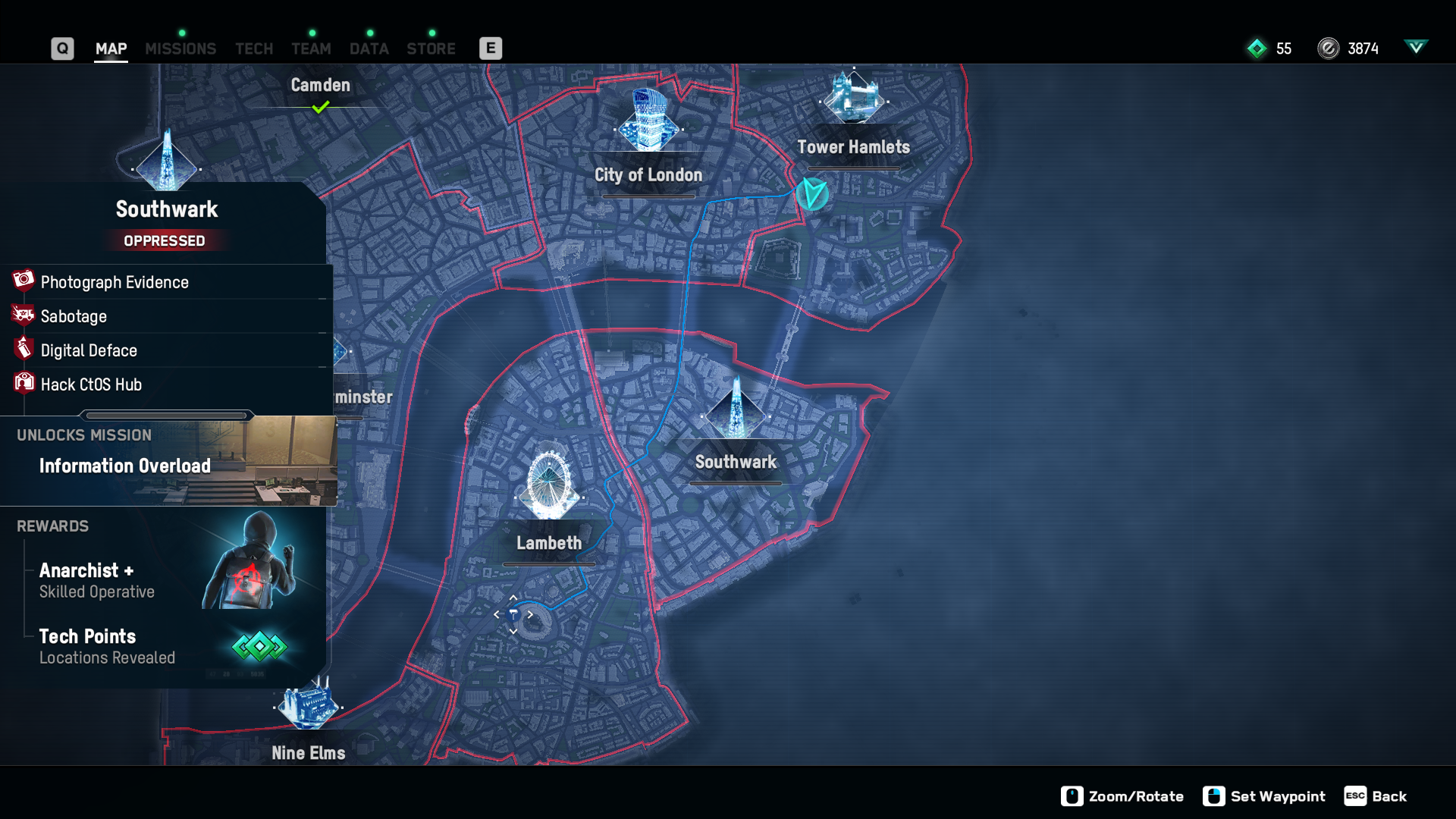 Making your way over the river, you'll find just one Paste Up Location in Southwark, despite its large size. 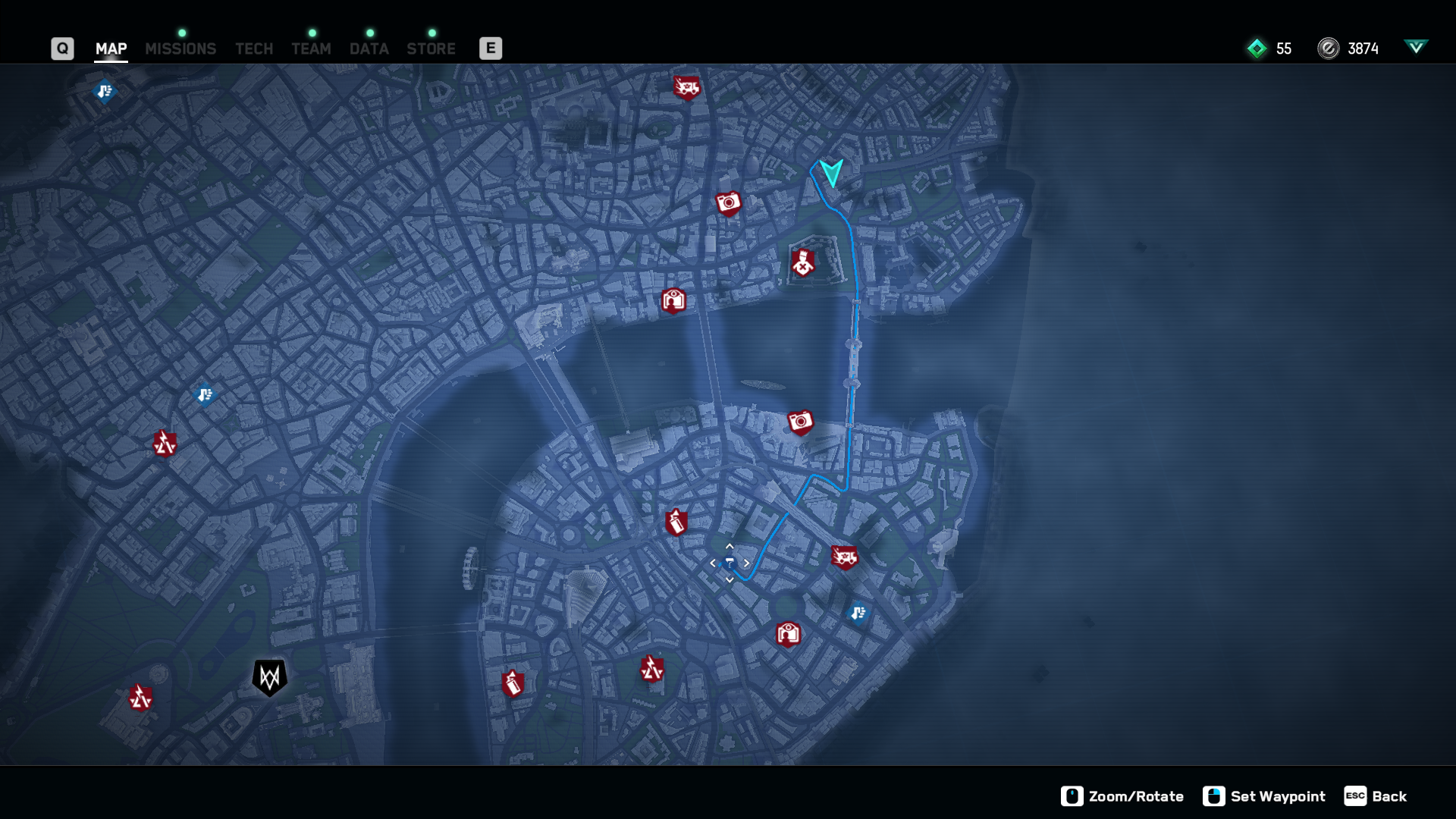 The Martlet's Nest pub is where you will find this Paste Up Location, and is another chance to grab a drink and play a game or two of darts while you're there.

Paste Up Locations in Lambeth 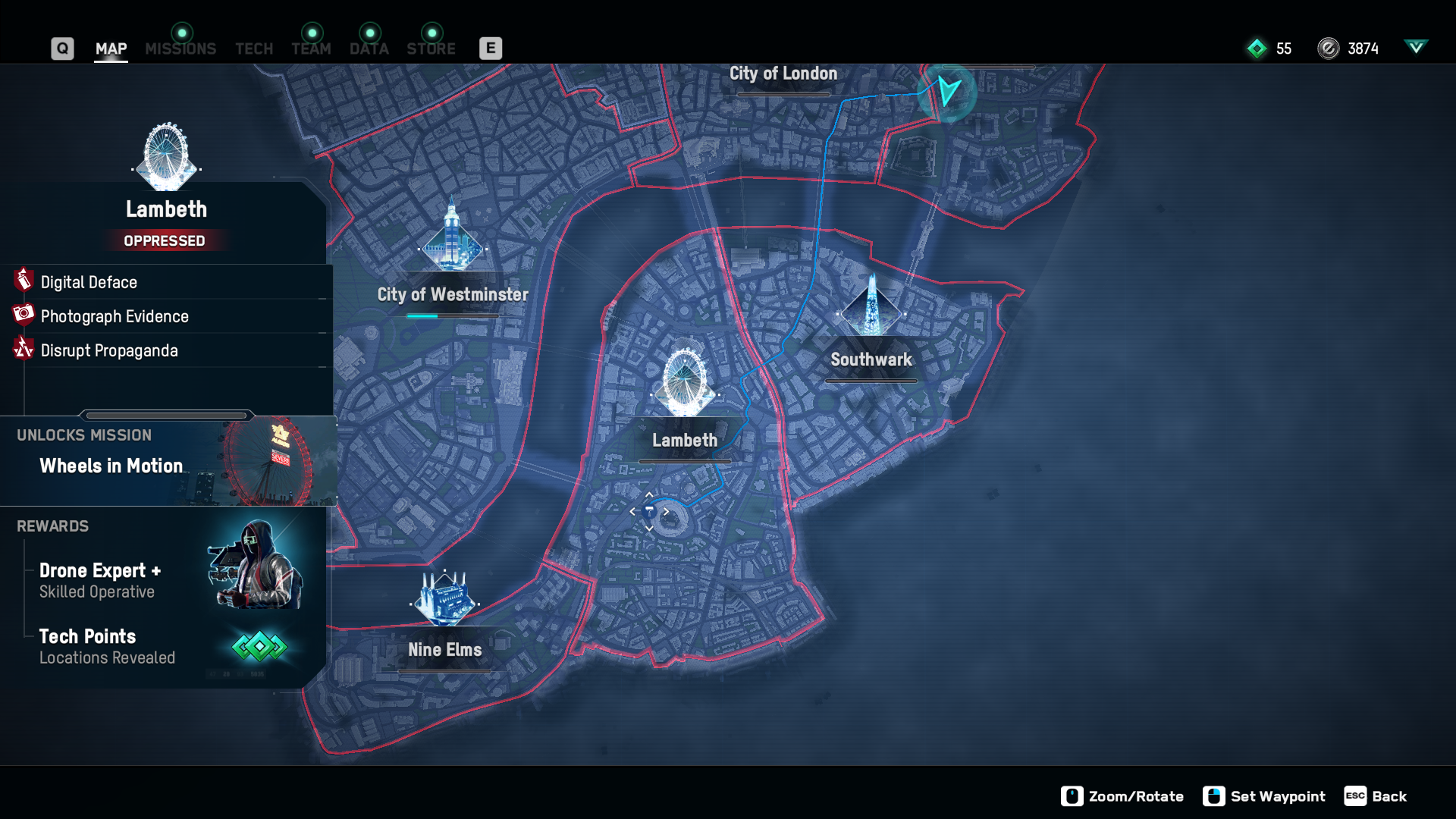 The Last three Paste Up Locations are found in Lambeth, another large borough that flanks Westminster on the other side of the river, with the London Eye being the nicest landmark and the 'European Processing Centre' being the darkest. 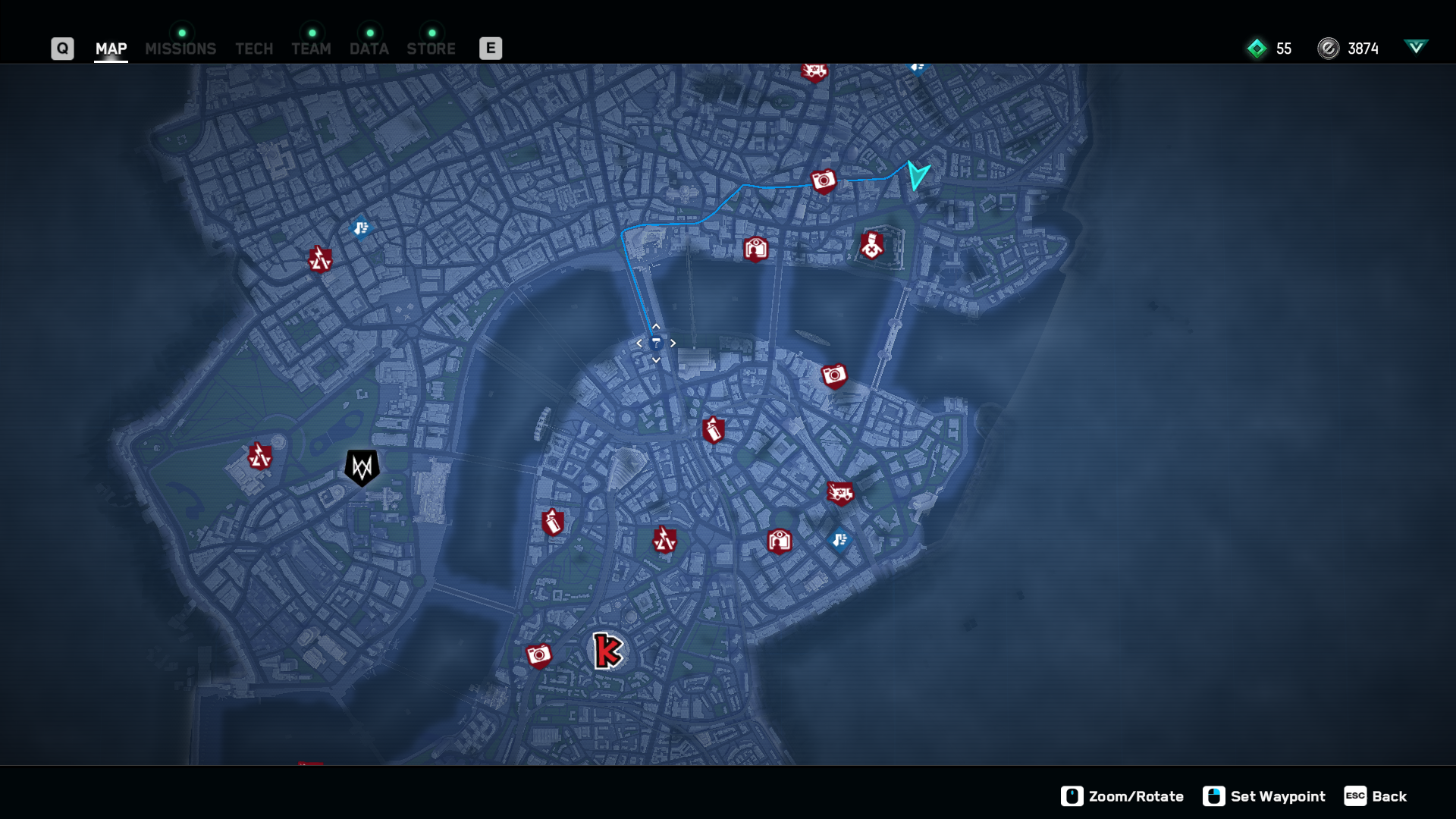 Overlooking the south side of Blackfriars's Bridge, this Paste Up location is emblazoned on the side of a construction yard. You're allowed access, but there's no simple route to reach it. 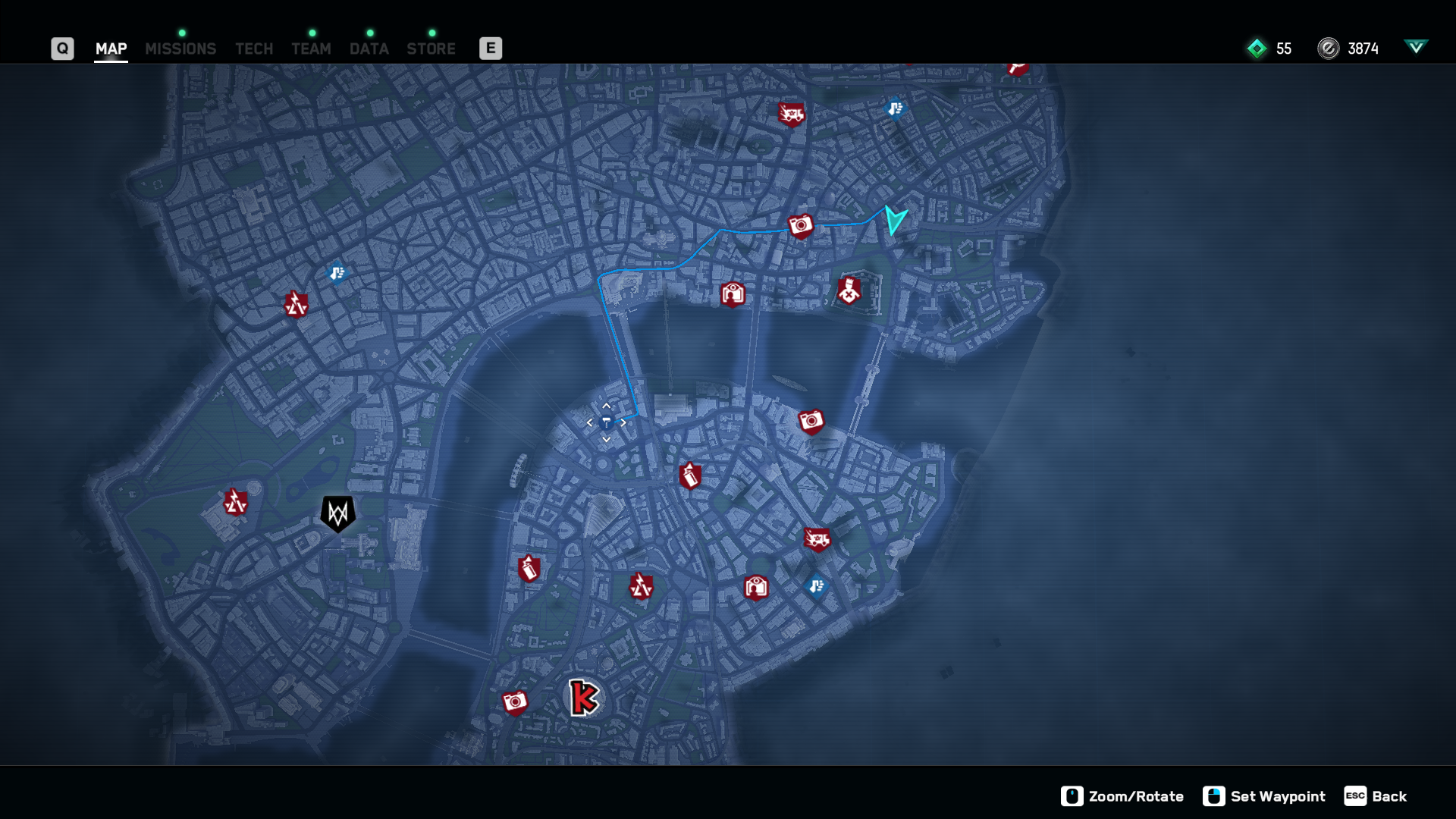 Just around the corner of the Blackfriars' Bridge you'll find the Thames Promenade. With some worryingly nationalist signs and quaint little shops, this small street could do with something a little subversive above Miguel's Bagels. 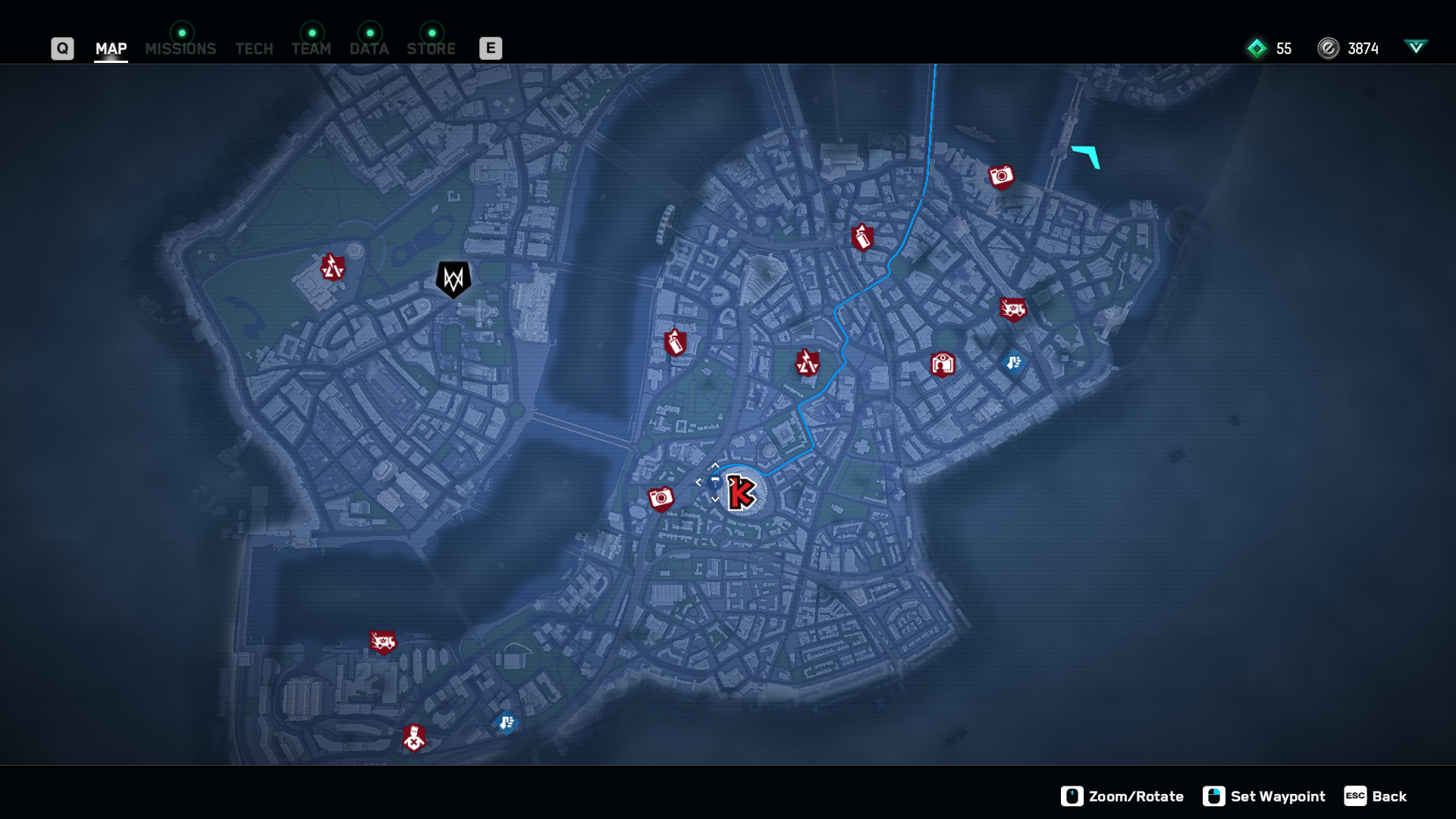 And now that you've seen some of the picturesque sights of Lambeth, it's time to delve into the worst. This final Paste Up location is found on the outside of the European Processing Centre, where all dissidents have disappeared under this new Windrush Scandal 2.0 government.

Paste Up Locations in Nine Elms

There are no Paste Up locations in Nine Elms, because I guess it’s just too fancy for revolutionary street art, so feel free to avoid this area while you’re hunting for walls that Banksy hasn’t touched yet.