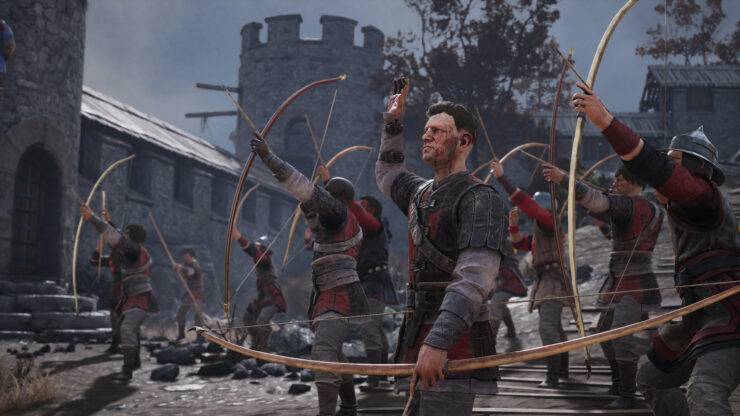 The battlegrounds of Chivalry 2 are littered with every type of medieval weapon you can imagine. From polearms to battleaxes, greatswords to maces. But one of the most feared weapons you'll liable to come across is the simple bow.

Archers in Chivalry 2 are the ranged sniper class in the game, offering attacking and defending teams the chance to take out their adversaries at a safe distance, at least to begin with. But while the archer is deadly at range, they aren't invincible. This guide will teach you all the basics you need to make the other team furious. 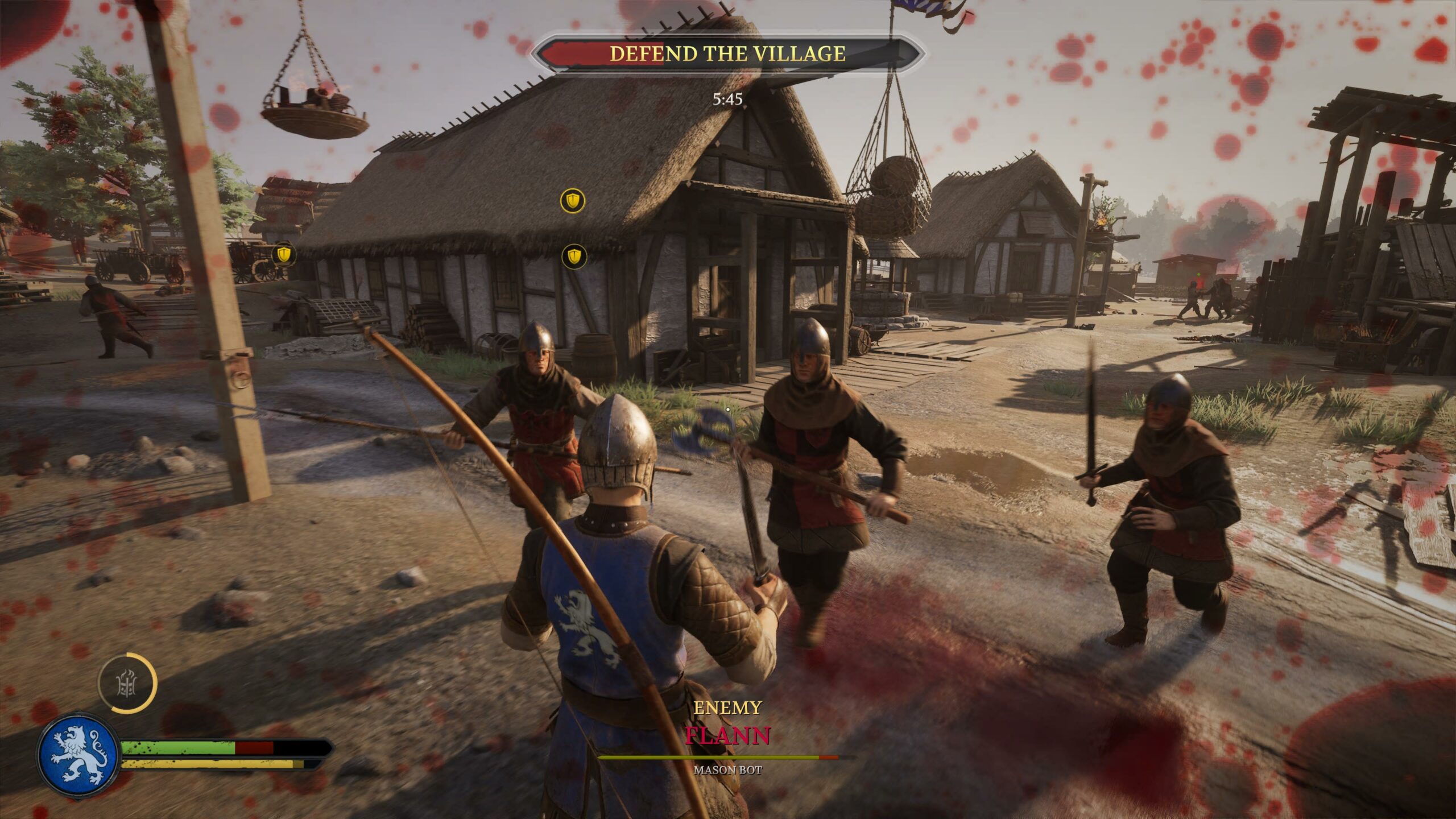 Archery in Chivalry is pretty simple but hard to master: Point the bow at an enemy and let the arrow fly. Except the arrow arcs slowly in the air and can get about 20m before descending rapidly into the ground. With the fairly limited range, you might want to get a bit closer to score an easier kill.

Look for hills, walls, or other ways of getting some height on your opponent. This extra height will let you fire further without sacrificing range. And you want to stay ranged. Archers have the lowest health of all the classes, with heavy attacks able to kill them in one strike. They also have very limited melee skills, with a fairly puny dagger to protect themselves. While your arrows will always draw some attention, you want to limit the number of enemies that can reach you, and the easiest way to do that is to stay back, master the bow, and feel a suitable sniper's nest to shoot from. 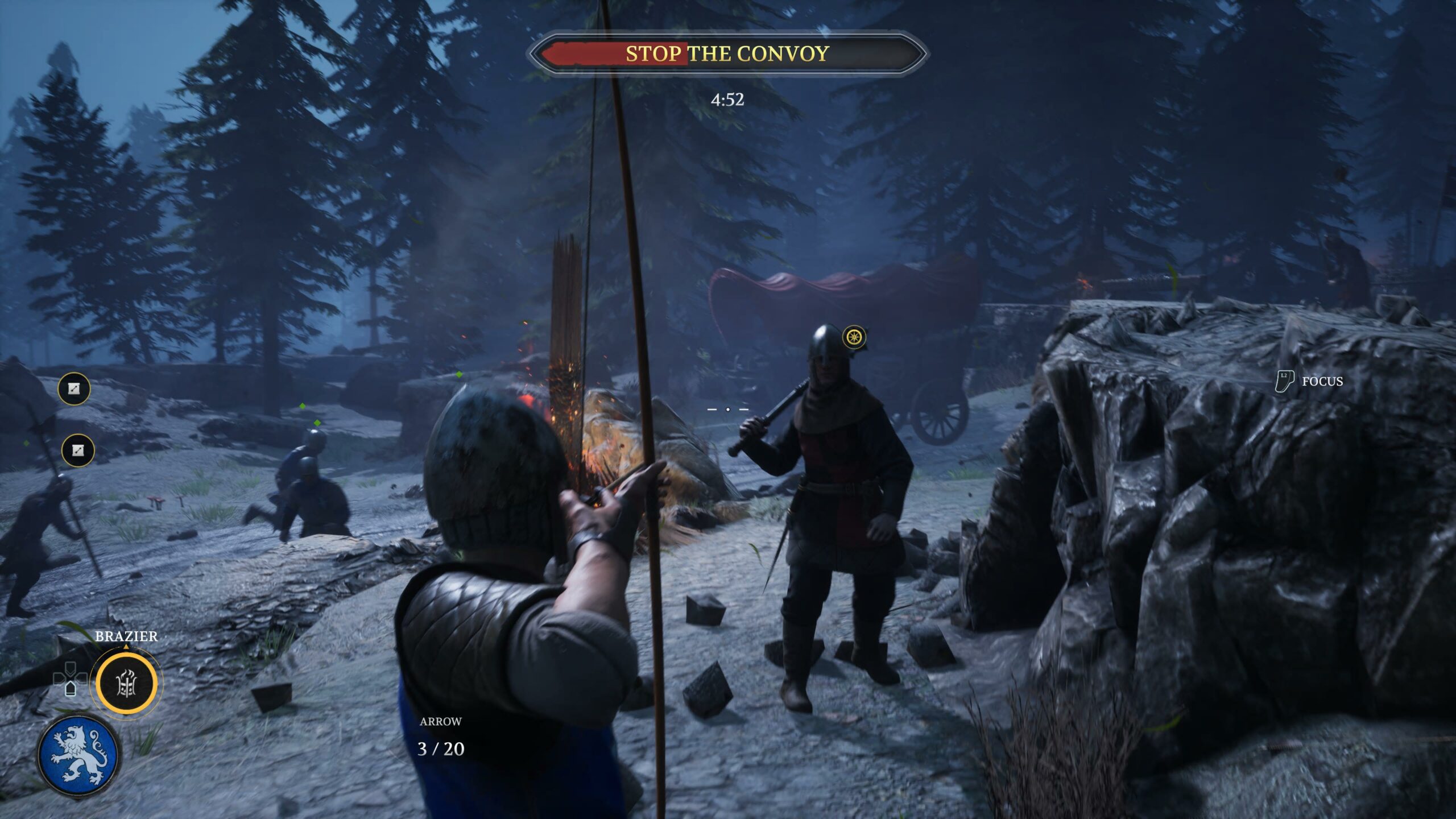 That little sniper spot you found won't be impregnable. And more importantly, you'll probably have your attention straight ahead at the battle unfolding beneath you. This is where you are most valuable to your team, so it makes sense.

But you're completely useless to your allies if you're dead. As an archer, make sure to check your flanks frequently. Vanguards are probably the biggest threat as the starting class doesn't suffer a movement penalty, so they can close in on you very quickly.

If you find your spot overrun, retreat and find some allies to cover you. Assuming the situation isn't dire, you can probably head back to your spot once the threat has moved in. If not, you'll have to relocate permanently. 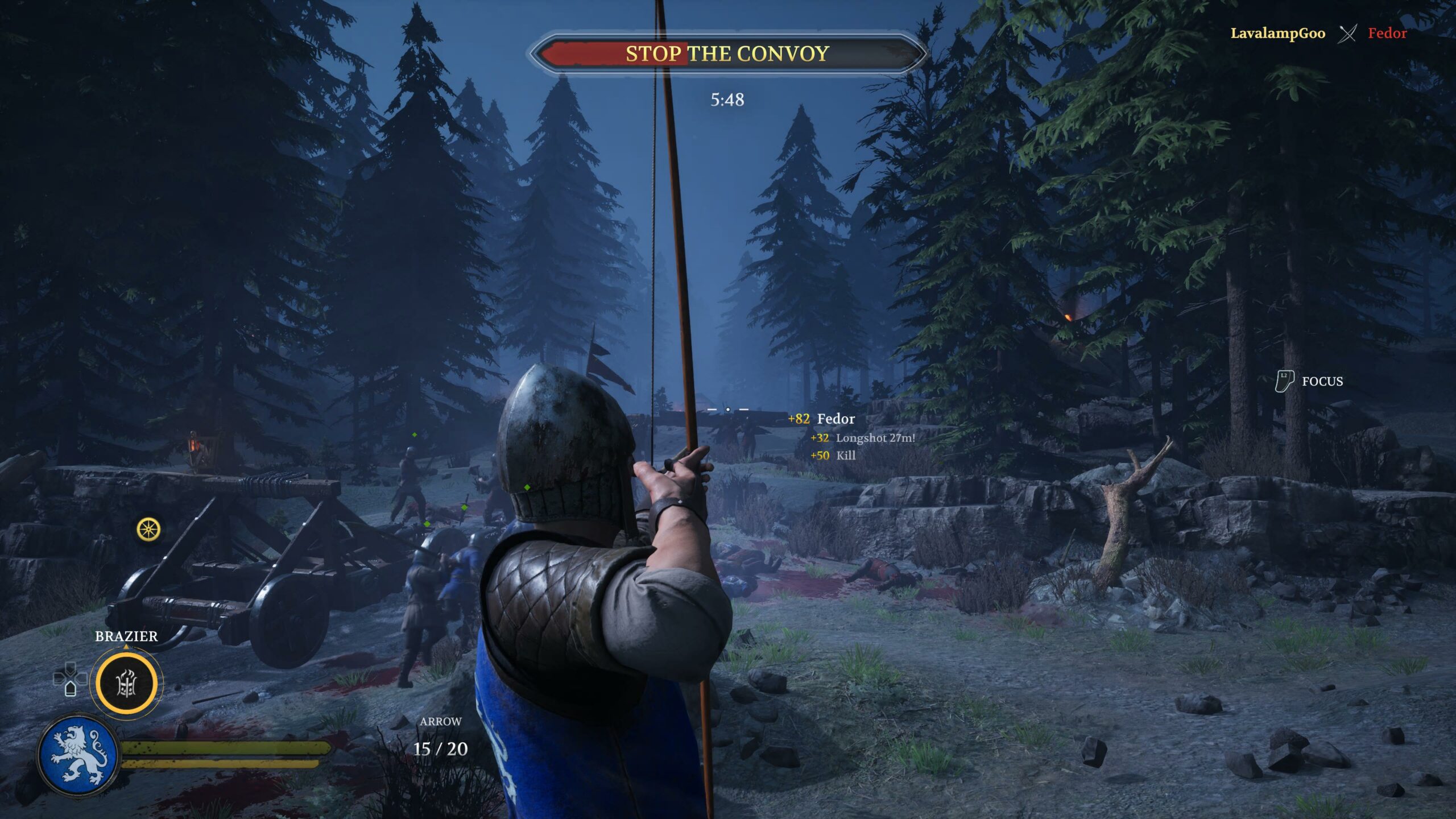 The starting weapon for the archer deals reduced damage but can fire quicker. You might want to play as a medieval Widowmaker and pick off stray enemies all on your lonesome, but if you want to be effective on the battlefield, you should be focusing on the main skirmish.

Your arrows can stagger enemies (and allies) when struck, and they cannot be blocked without a shield. So if you see a group of enemies teaming up on some friends, or an aggressive knight cutting through your lines, a single arrow can make a huge difference.

Sometimes you'll be lucky and score the kill, but more importantly, you can give your allies an opening and have them deliver the killing blow. From your position on high, you might see stray enemies lurking around the flanks, but if possible, it's better to alert allies to their presence and then focus on the battlefield instead.

Keep An Eye On Ammo 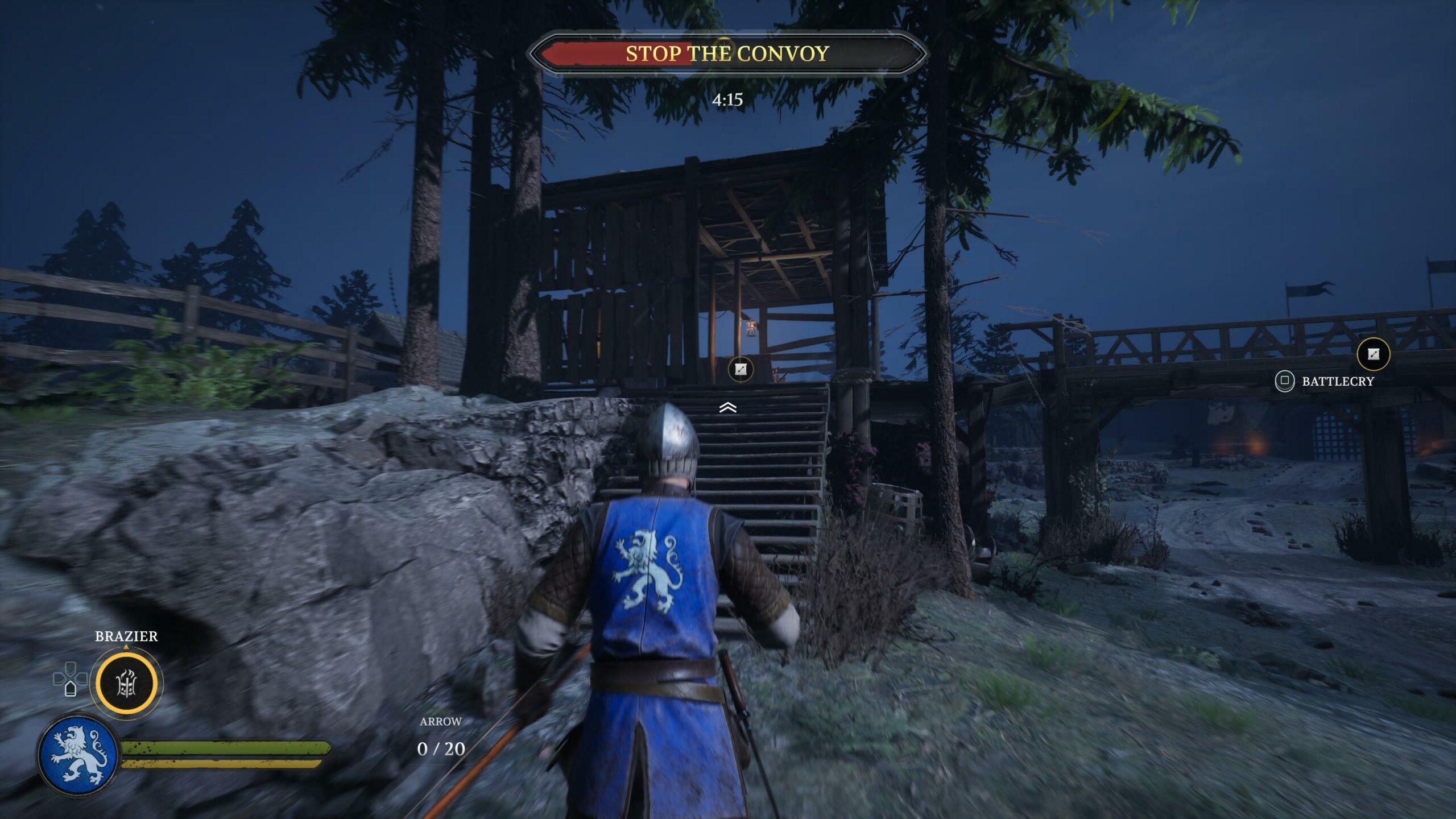 From the other side, it can feel like archers launch never-ending volleys of arrows making the battlefield an impassable death trap. But as an archer, you'll see you don't actually have that many arrows, just twenty. You can run out surprisingly quickly when you're lobbing them into the brawl.

Try and keep an eye on the arrow use, so you know when you'll need to find the nearest supply drop. You can find these crates not far from spawn, and if you're lucky, you might even be able to set up shop near them. If not, make a note of where they are so you can head there the second you're feeling short in the quiver.

Only use your last few arrows if you're sure they're being put to good use. You'll want to hold onto them just in case you find yourself ambushed en route and in need of a bit of firepower.

Use The Brazier In A Good Spot 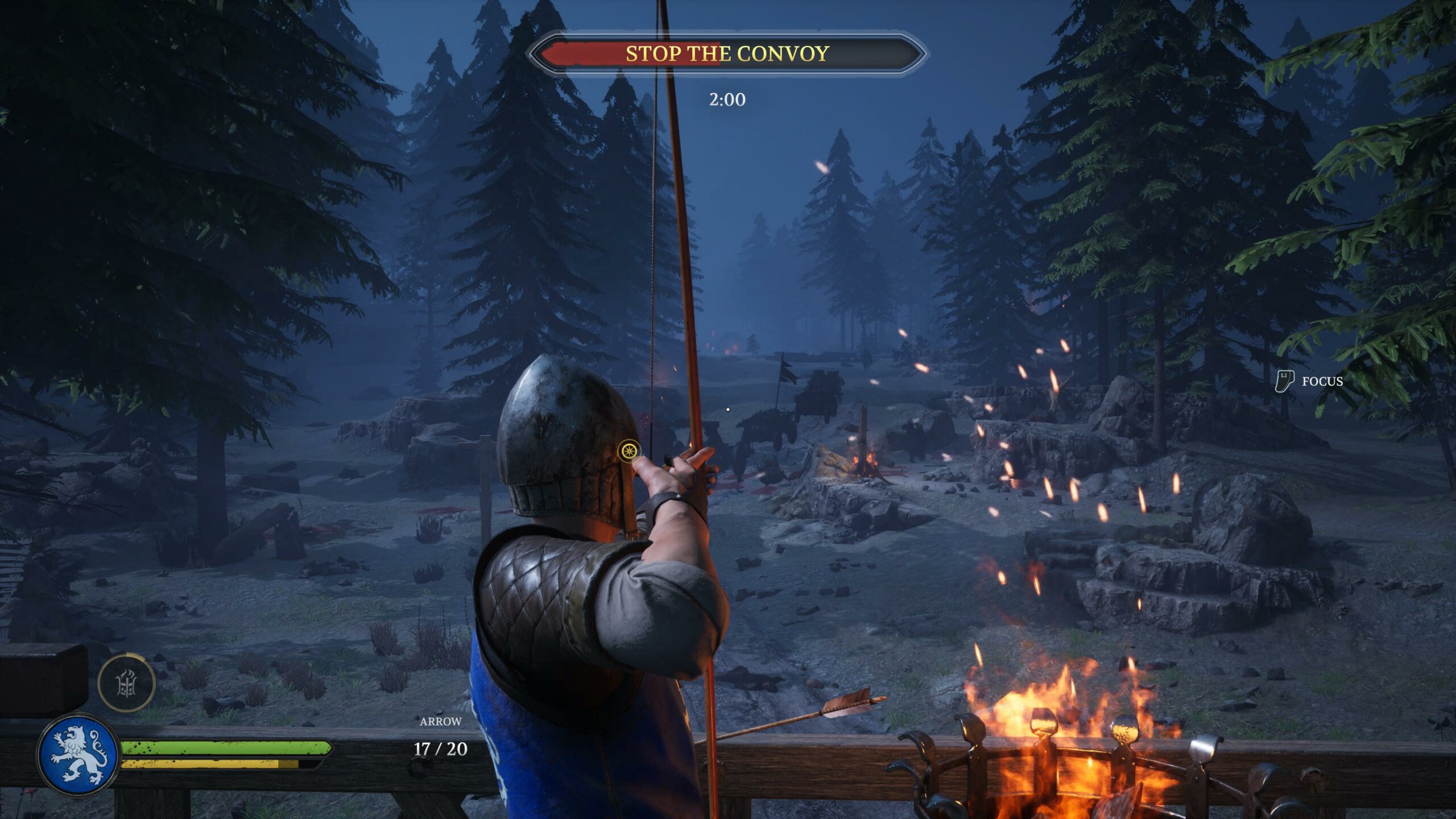 The archer's best tool, besides the bow, is the brazier. This item can be placed down on the ground, allowing you to light your arrows before firing them, increasing the damage and looking really cool. But the cooldown to using the brazier is long (although shortened with headshots if you can pull them off), so you don't want to put it to waste.

The brazier destroys itself after a minute or so, and an enemy can smash it quicker if they get close. So make sure you're in a good spot when you decide to use them. Use them in a fresh location so you don't have to worry about enemies knowing exactly where you are from the start, maybe even back up a little bit to keep your allies in front of you. And don't forget to fill your quiver before you start.

Once the fire is lit, hold your arrows to the fire and then loose them as fast as possible. Assuming the enemies don't charge your position before the brazier breaks, you'll probably want to move anyway.