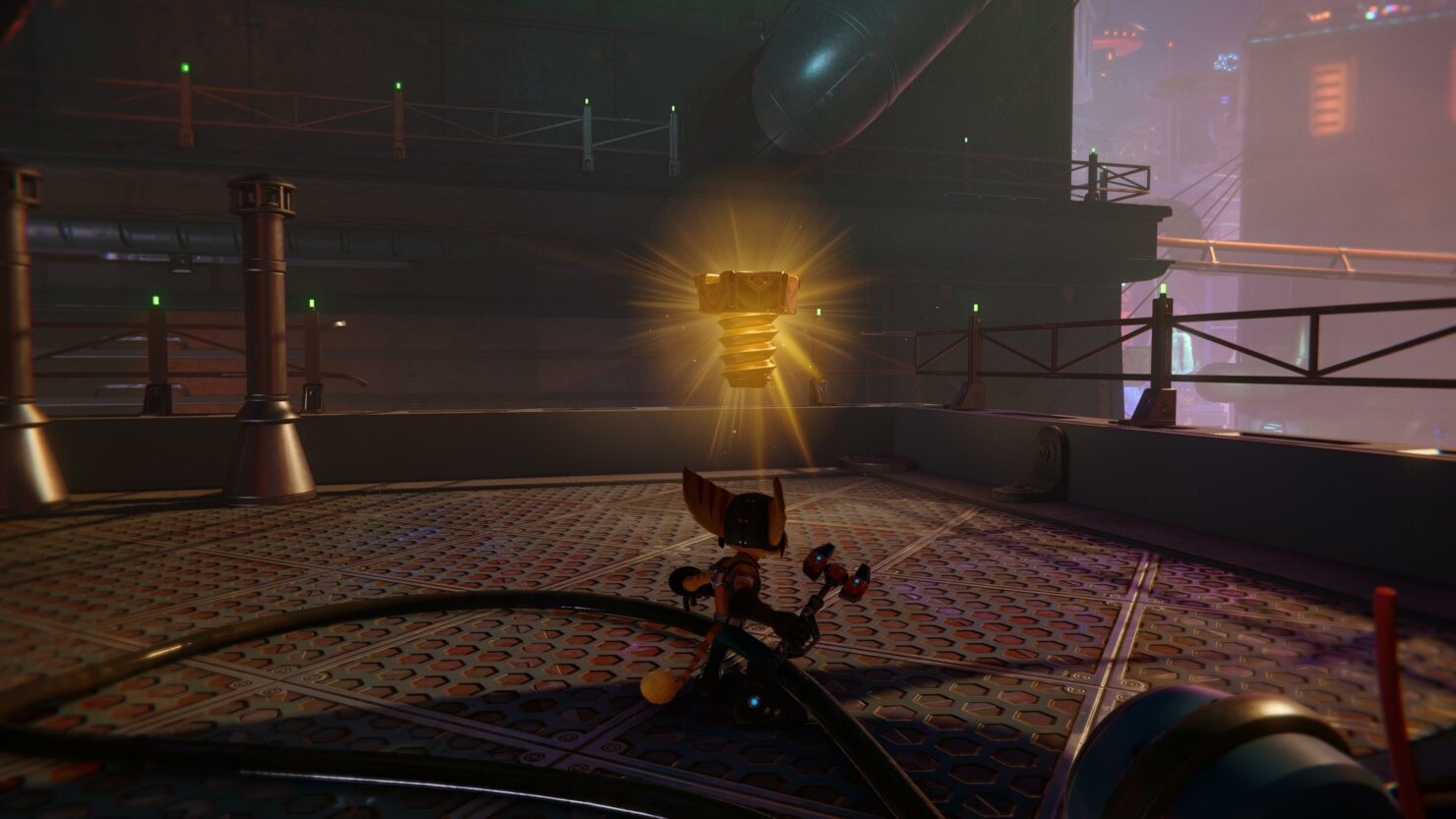 After attending a totally peaceful and uneventful parade in the opening sections of Ratchet and Clank Rift Apart, you’ll be thrust into the dark, moody area known as Nefarious City. This urban landscape hides many secrets and possibilities, with plenty to discover for a player willing to abandon their friend and have a bit of an explore.

There are collectibles to find as well, namely three Golden Bolts that can change the game's appearance if you find them. This guide will share exactly where they are and how to get to them. Be noted that there are some minor spoilers for the area ahead, so look no further unless you’re ready.

Other Ratchet and Clank Rift Apart guides: Tips and Tricks for Lombaxes, Where To Find the Armor Pod in Nefarious City

Where to Find the First Golden Bolt in Nefarious City 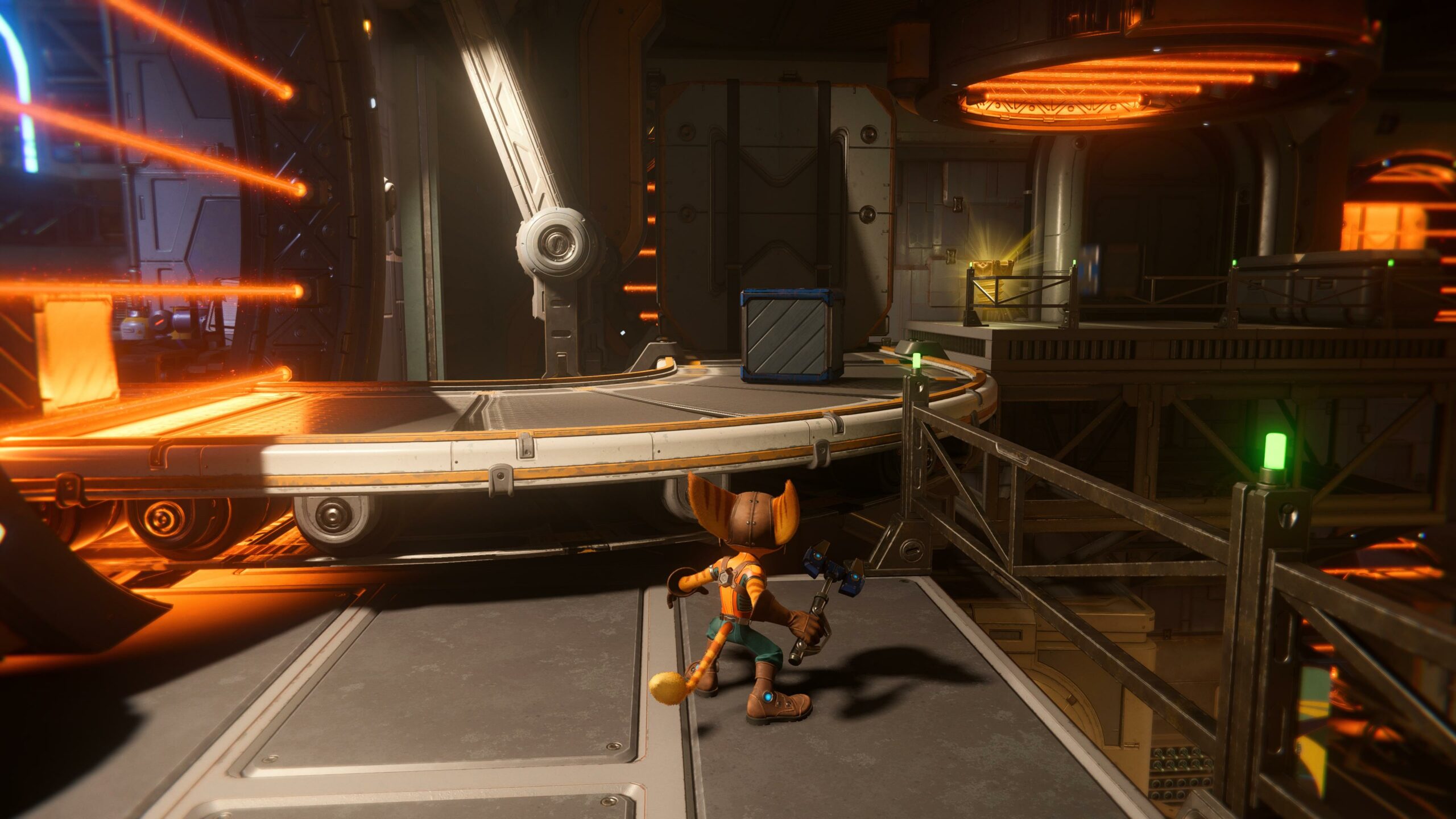 To find the first Golden Bolt, you’ll have to enter the factory. This area for the side mission revolving around finding the spy bot and can be accessed from the vertical walkway near Ms. Zurkon. The bolt is in the first room you’ll enter with two large conveyor belts covered in boxes. If you’ve already done this section, you know you need to climb onto one of the boxes to make it to the higher platform. You’ll also need to do this to reach the bolt.

From here, wall jump to the higher point. Instead of going through the door, look back across the room to see the Golden Bolt on the opposite catwalk. To reach it, you’ll need to use the two suspended conveyor belts.

For the first one, jump on, then find the platform to the left that you can stand on. This lets the large box pass so you can get back on the conveyor belt and across to the next before your route is blocked.

From there, simply grab the Golden Bolt to pick it up.

Where to Find the Second Golden Bolt in Nefarious City 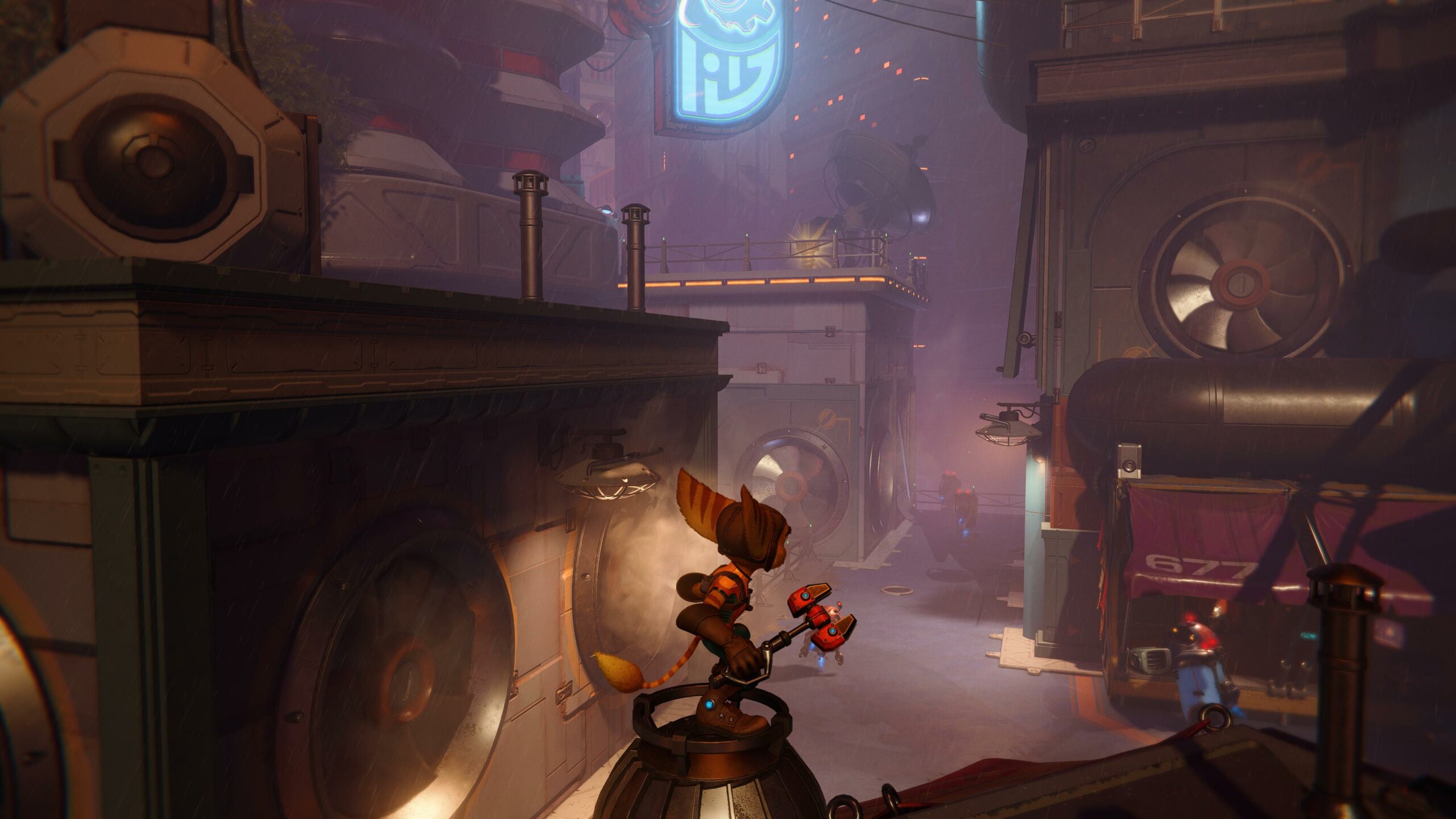 The second Golden Bolt is on a rooftop opposite the nightclub. To reach it, you’ll once again need the Phantom Dash, so make sure you’ve got that. Once you’ve unlocked it, you can head back towards the start of the level (using the lift near Ms. Zurkon) and spot the wall-running platforms that you couldn’t use before. Simply use them to make it over to the Golden Bolt and collect the Raritanium while you’re there.

You can also use the scenery from the lower level opposite the nightclub to jump your way up and over, but this is much more awkward.

Where to Find the Third Golden Bolt in Nefarious City 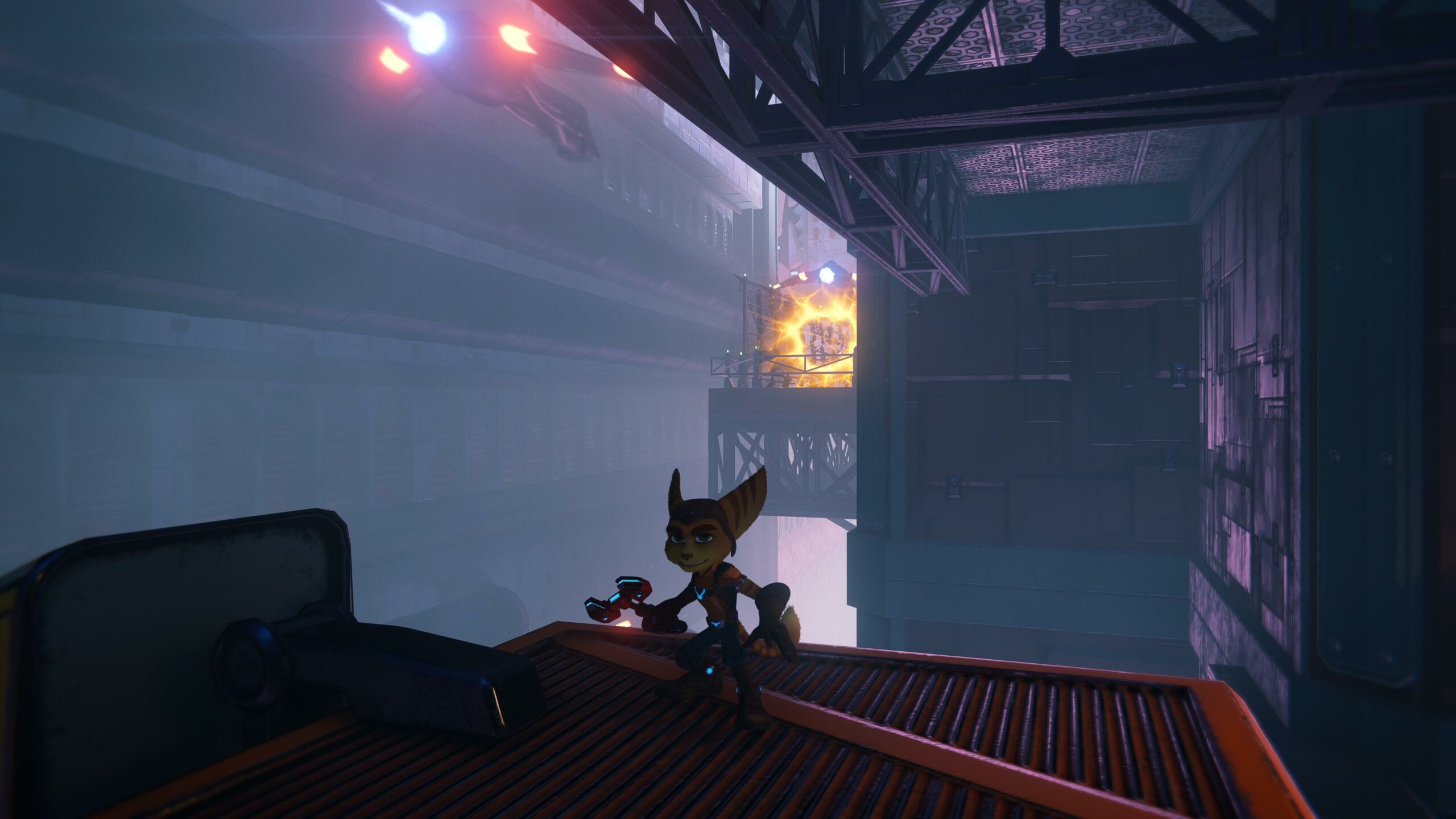 The final Golden Bolt is found around the Night Club area. Head back along the route you chased Phantom across earlier, and keep an eye on the right-hand side. Once you drop down into a small square, you should see a narrow alley that leads away.

Follow it, and you’ll find some rift points you can jump between, skirting the edge of the area. Go through them to reach the Golden Bolt.