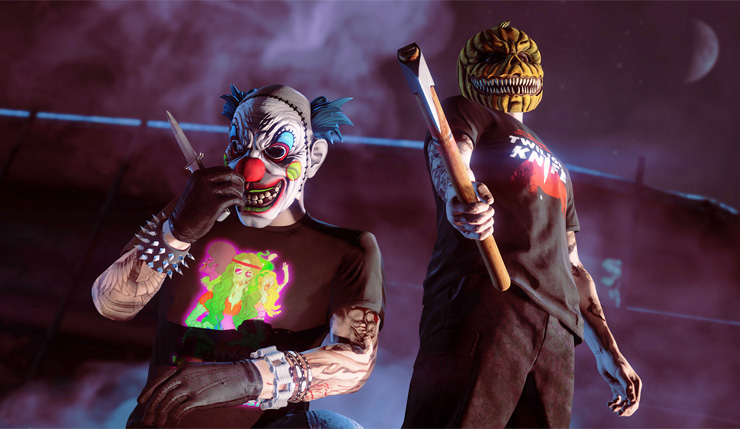 Tis the season of the Halloween-themed event, and you better believe Grand Theft Auto Online is getting in on the macabre fun. The GTA Online Halloween 2018 event will include six Adversary Modes, including Slasher, Slashers, Lost vs. Damned, Condemned, Come out to Play, and Beast vs. Slasher, all of which will reward players with double GTA cash and RP. A variety of vehicles, including some spooky returning rides, have also been discounted. 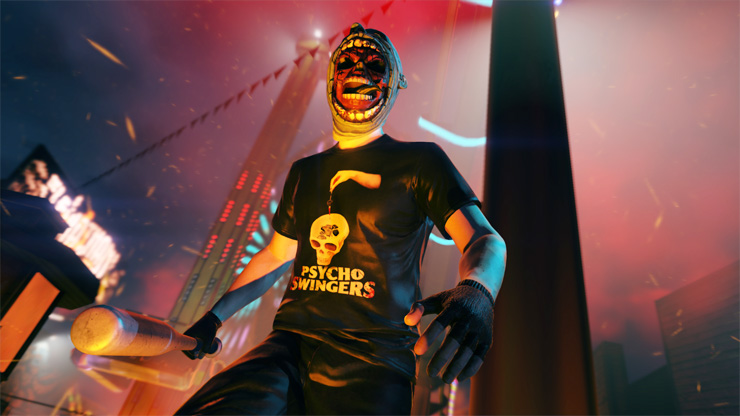 Here’s a rundown of all the Halloween Adversary Modes:

The shotgun-wielding Slasher stalks up to seven Hunted, equipped only with flashlights. After three minutes, the Hunted get shotguns of their own to turn the tables on the Slasher. The mode ends if the Slasher or all the Hunted are killed within the time limit.

The Slashers, armed with Machetes and Shotguns, must wade through the darkness in pursuit of the Hunted, who are equipped with Thermal Vision and Flashlights. But don't get too comfortable — as each minute passes, the team roles are reversed until one group has been wiped out completely.

Lost vs. Damned pits Angels against Devils in the ultimate battle of the soul. Each match will flip between day and night for 60 seconds at a clip, with advantages including regenerated Armor and Health and improved weapon options depending on the time – day for the Angels and night for the Devils.

This nightmarish mode marks one unlucky player for imminent death: when the timer runs out, they’re worm food. Their only hope is to pass the bad news onto somebody else, and the only way to do that is by sending them on a short trip to a shallow grave. Last man standing wins.

Come out to Play

A team of three Runners just trying to make it home, and a team of Hunters out for blood. Runners are well-armed but on foot, while Hunters wield free-aim shotguns and must stay on their motorbikes or ATVs. Hunters have unlimited lives, while the Runners have just one life, but plenty of weapons available to pick off the Hunters at will.

The Beast is back, and this time it's got company. Only an armored team of Slashers, armed to the teeth have a hope of stopping them. The Beasts, gifted with wild speed, the ability to leap over buildings and temporary invisibility, have to collect all the checkpoints while the Slashers attempt to stop them. 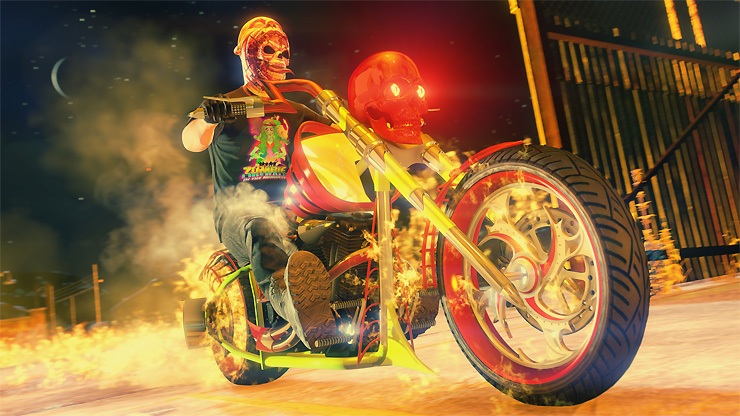 Rockstar is also bringing back, and discounting, the following Halloween vehicles:

You can also get discounts on these rides:

GTA Online is available now on PC, Xbox One, and PS4. The Halloween 2018 event will continue until November 6.