After releasing the Google Pixel 6 series earlier this week, the company also launched a stable Android 12 for all the eligible Pixel devices. Now that the update is rolling out, the company has once again shifted its focus towards updating the first-party apps to a brand new Material You design along with all the features that come with it. Google Recorder is the latest app that has received the update.

The update for Google Recorder brings a Material You redesign and dynamic theming support. The new design change was spotted by Mishaal Rahman, who was kind enough to share the screenshots showing some drastic changes to the app. 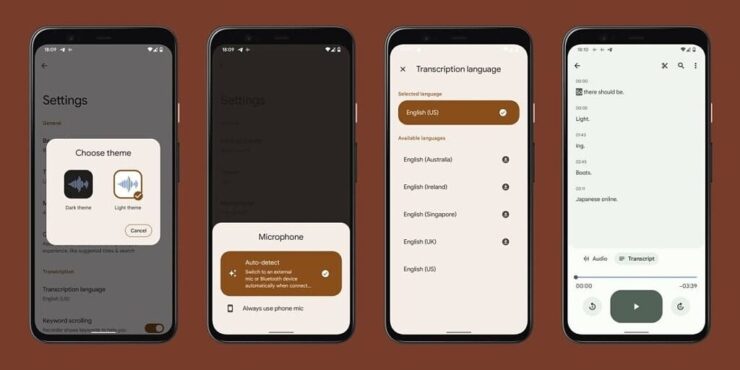 Looking at the screenshot above, you can see most of the UI elements on the Google Recorder app now have softer, rounded edges that fall in line with Google's Material You design guidelines. Additionally, the record button is a bit larger here, and the app has full support for the dynamic theming feature introduced in Android 12. 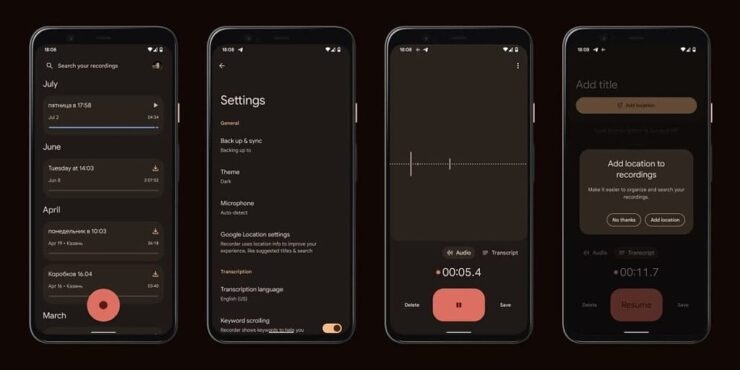 Moving further, the app now has a built-in dark mode that also adapts to the dominant colors of your current home screen wallpaper, and the Settings menu has also received a fresh coat of paint.

Additionally, the new Google Recorder update also supports more languages, as you can see in the screenshot. The app lets you select French, German, and Japanese as the transcription language with various English dialects. However, the language support is currently exclusive to the Pixel series of phones.

Google Recorder v3.0 has started rolling out to users through the Play Store; if you have not received the update, you can always rely on sideloading the APK, but the update should hit your device pretty soon.