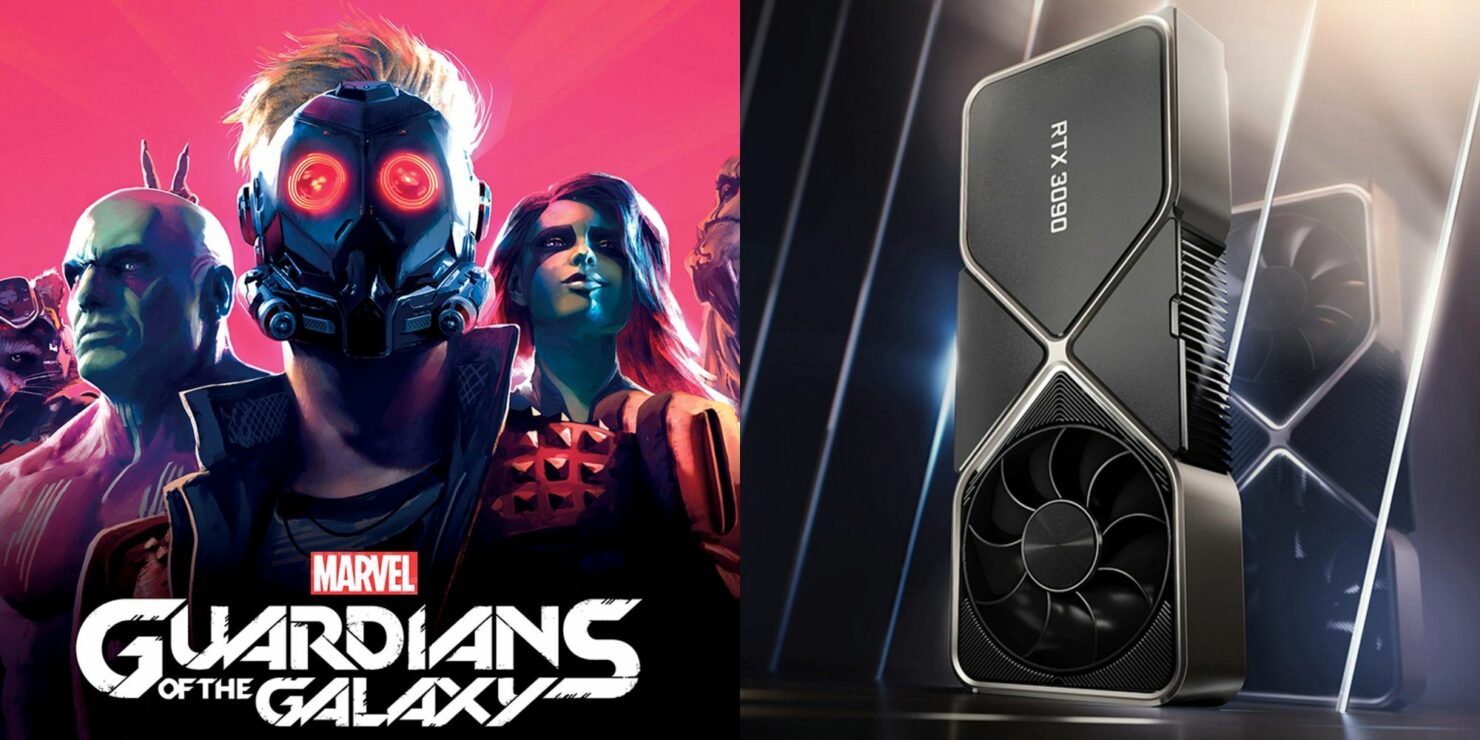 The official Guardians of the Galaxy PC requirements have been revealed by NVIDIA  in order to play the upcoming title with or without Ray Tracing.

NVIDIA also detailed the minimum and recommend for playing the game without Ray Tracing. You’ll find all of the requirements in the sheet below. 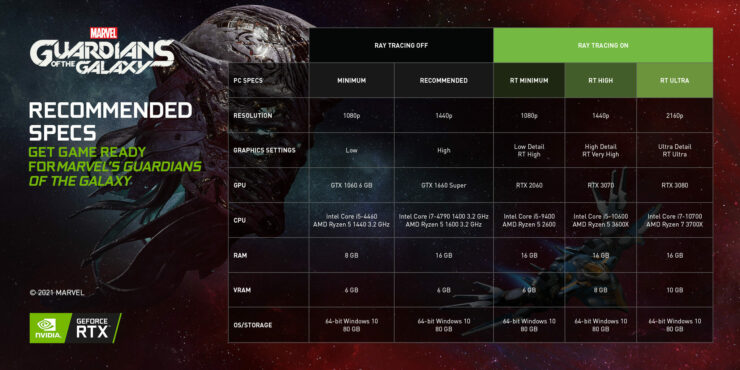 Guardians of the Galaxy launches next week on October 26 for PC, PS5, PS4, Xbox Series X|S, and Xbox One. There’s also the Cloud version streaming via GeForce NOW. The game was officially unveiled back in June of this year.

You can check out the game’s launch trailer down below:

Fire up Star-Lord’s jet boots for a wild ride across the cosmos in this fresh take on Marvel’s Guardians of the Galaxy. With the unpredictable Guardians at your side, blast your way from one explosive situation to another, with both original and well-known Marvel characters caught in a struggle for the fate of the universe. You got this. Probably.

“The Eidos-Montréal team is honored to have the opportunity to work on such an iconic franchise alongside our trusted collaborators at Marvel Entertainment,” said David Anfossi, Head of Studio at Eidos-Montréal. “Our teams are known for revisiting IPs and bringing their own twists and craft to the stories and the art surrounding them. As you will experience, it’s no different for Marvel’s Guardians of the Galaxy.”