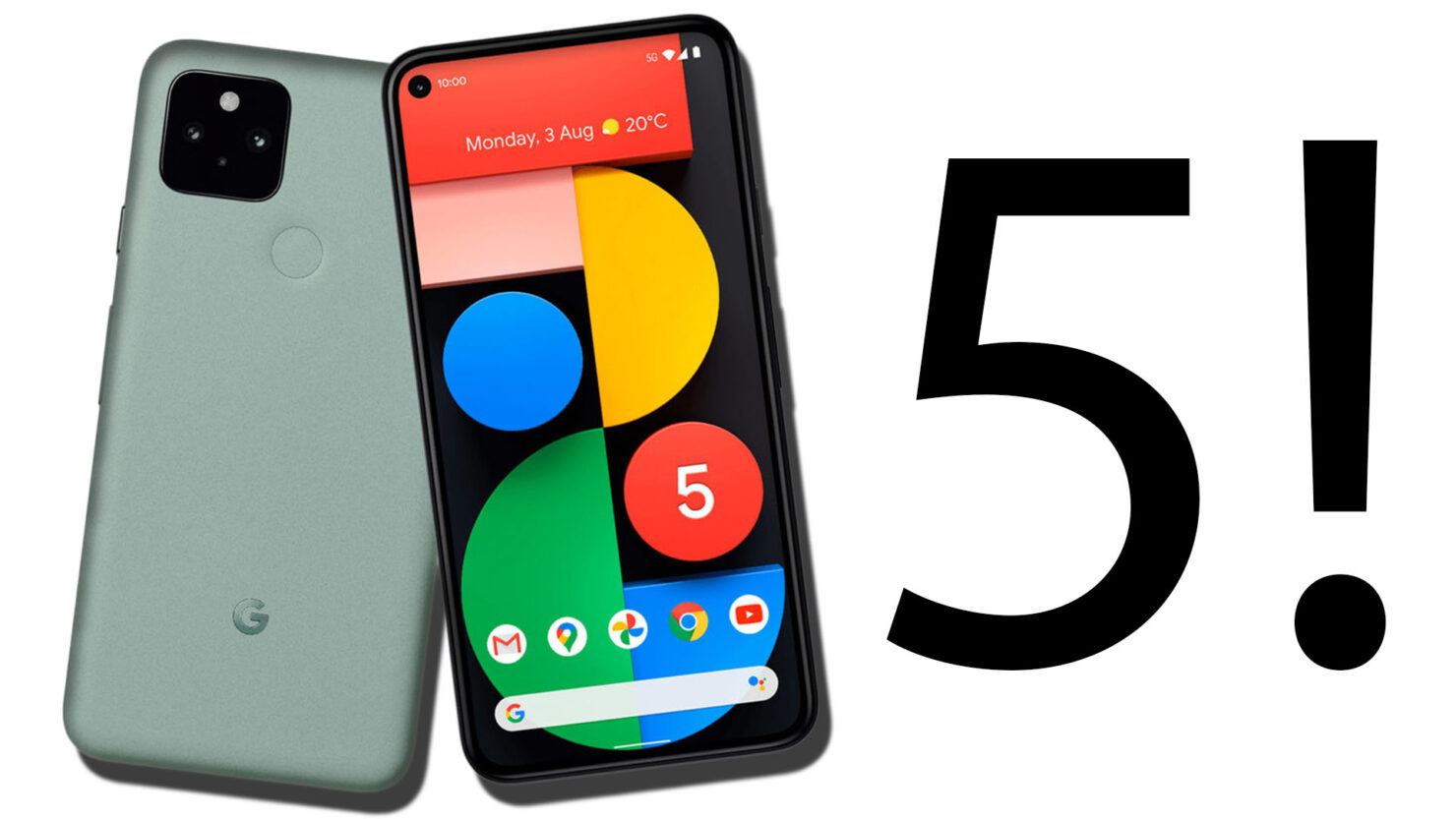 Whether it’s the most salivated model of the year or a basic plastic-bodied handset that would be ignored by more compelling choices, you’ll have to admit that there’s no perfect smartphone in the world right now. On paper, the Pixel 5 may also have a significant number of shortcomings that customers and readers otherwise would have loved to see materialize on Google’s latest and greatest smartphone offering. With that being said, we’ve highlighted five ways in which we think the company could have improved when working on it.

Let us be honest, Google never had a strong game when it comes to smartphone design; just take a look at the Pixel 3 XL. The Pixel 4 and Pixel 4 XL were huge improvements when it came to admiring from a first impressions perspective, but the design was nothing out of the ordinary. The Pixel 5 continues that trend with the popular ‘punch-hole-camera’ design that countless manufacturers have adopted.

The company did have some crazy ideas when an alleged prototype image surfaced, showing a two-tone finish just like the Pixel 2, but that was about it. We’d much prefer the image Jon Prosser shared a while back, where you could see a wacky triple-rear camera module and no punch-hole camera in sight. While we have no issues with what Google has presented in the form of the Pixel 5, in a word, it’s unexciting.

A More Powerful Chipset [Like a Snapdragon 865, at Least]

Though we earlier provided our thoughts on how using the Snapdragon 765G in the Pixel 5 would be a blessing in disguise, there is a problem that needs to be highlighted here. By using a less powerful chipset, Google has indirectly told its customer base that the Pixel 5 isn’t a flagship, just another high-end smartphone that doesn’t feature the most powerful silicon intended for Android smartphones.

While we get that using a Snapdragon 865 would mean Google having to purchase a separate 5G baseband chip while also having to invest extra funds redesigning the Pixel 5 from the inside to accommodate these components and addressing heat issues, having something with a bit more kick is always a nice touch. Just look at the Galaxy S20 Fan Edition and you’ll know what we’re talking about.

Having an extra and useful camera adds a lot of versatility to the camera. Last year, Google made a decision that’s synonymous with the term blunder by adding a telephoto lens to the Pixel 4 and Pixel 4 XL. Think about it, Google’s Super Res Zoom already existed for capturing zoomed shots, making a telephoto camera somewhat redundant here.

With the Pixel 5 now sporting an ultrawide camera, you get a bit more versatility but an even sweeter deal could have arrived in the form of a dedicated telephoto lens. There are some things that an actual camera unit can do better than computational photography and if Google is marketing a high-end phone to the masses, it better give them more reasons to switch their current daily driver.

The 90Hz refresh rate could be the sweet spot for both conserving battery and delivering those buttery smooth animations, but the option for a 120Hz refresh rate that users can toggle on and off using their free will should be an option too. Keep in mind that the Snapdragon 765G was developed by Qualcomm to handle 120Hz refresh rate displays, so it could be a question of Google choosing to save production costs for the Pixel 5 by opting for a lower refresh rate value. If you think it could be due to some other reason, do let us know down in the comments.

Sub-6GHz is the ideal 5G support circle because not only is it faster than 4G, but you can connect to existing networks at a far greater range than mmWave. Then again, mmWave is insanely fast, with some U.S. networks being able to deliver north of 1Gbps, under the right conditions, of course. If a physical object is blocking a mmWave node on the crowded street, then forget bragging to your friends on how you broke the 1Gbps speed barrier.

However, the point here is not to highlight the shortcomings of mmWave’s properties but to talk about how it would be a blessing if Google were to give customers a choice. If you get the Pixel 5, don’t expect blazing-fast connectivity speeds. It will still be fast, but not exceptional.

[Update] - We've gone through Google's specifications sheet and found out that Pixel 5 does support mmWave 5G networks on the n258/n260/n261 bands. We apologize for the error.

While one would conclude that these might be exceptional changes, they do come at a cost, literally. Assuming Google were to use just a single one of these improvements and incorporate it on the Pixel 5, the pricing would become far less appealing for customers. Looking at the dire state of Google’s smartphone arm, we believe the company had to make a few hard calls in selling the Pixel 5 for as much it costs right now. Hopefully, the company will be able to mitigate these costs by using its own custom chipsets through a reported collaboration with Samsung.

Which change or upgrade do you think would have benefitted the Pixel 5 immensely? Tell us down in the comments.