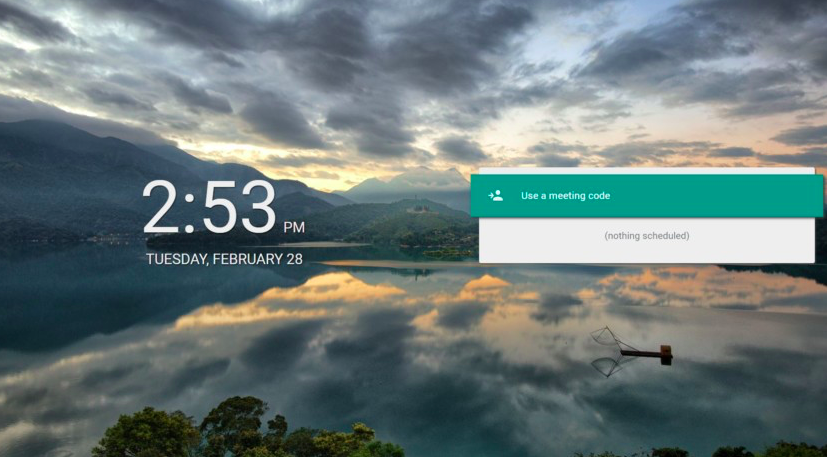 Google has added yet another service to its plethora of applications. After launching Allo and Duo, last year, Google has now launched an enterprise-focused video conferencing application dubbed as Meet by Google Hangouts. It is an addition to G-suite, which is Google's business-oriented lineup of services. The new app is only live on the App Store (US). Google is yet to launch it officially.

Meet by Google Hangouts is specifically designed for conducting high definition video calls, especially for business meetings. It is available for both mobile and desktop. The web page for Meet by Google Hangouts looks a lot like Hangouts, but it does not have a chat box and voice-calling option. The new app functions in a different manner, it allows users to join a conference by entering the joining code for privacy reasons. The app also shows users their schedule so that they can conveniently gear up for a video conference.

With the new app, Google seems to be targeting the business crowd. The Meet app can easily be tagged as an alternative for Google Hangouts. It lets users make video calls with up to 30 participants. On Meet, it is pretty easy to make calls on a move by using dial-in numbers along with direct links for joining a call. For G Suite users, the Meet app can also be synced with Gmail and Google Calendar. The landing page for the app displays vital information such as schedule, participant names, location, agenda of the meeting, and much more.

In a video conference on Meet, the main screen will show the video of the person who is addressing the meeting followed by other participants with their names and e-mail address. It is worth pointing out that the dial-in numbers are limited to only G Suite Enterprise Edition users.

The Meet app's product's page on G-suite website is not live yet. It is quite surprising to see Google listing the app on App Store instead of its own Play Store. Even the launch of the app had been done so quietly. We hope Google announces the app's availability for Android users soon.

Stay tuned us with more information on Meet by Google Hangouts.