Google Allo Is Finally Getting A Desktop Client Like WhatsApp Web

Google's AI-powered Allo messaging app will soon be getting a desktop client like WhatsApp Web. Google's VP of communications products Nick Fox revealed the news by posting a screenshot on Twitter. Similar to WhatsApp Web, this one is also browser based version.

By glancing at the screenshot, we can say that it supports chat bots in direct conversation and also in a chat with friends. The screenshot also reveals that it is a Chrome app. For now, Google has not announced the launch timeline for Allo's desktop client, but we can expect it to happen soon. Also, it is not yet clear whether it will work on the same mechanism as WhatsApp Web. As for WhatsApp Web, your phone and the desktop client need to be on the same Wi-Fi network and uniformly connected.

With a plethora of communication apps in its kitty, maybe it is high time Google starts streamlining these apps under one suite. To name, Google currently has communication apps such as Google Voice, Hangouts, Google Duo, Google Allo, and Android Messages (previously known as Google Messenger). It would have been ideal if Google came up with just one app that offers combined features of all the existing apps. Google Phone app and video-calling app - Google Duo could be merged as both of them primarily use contact numbers. 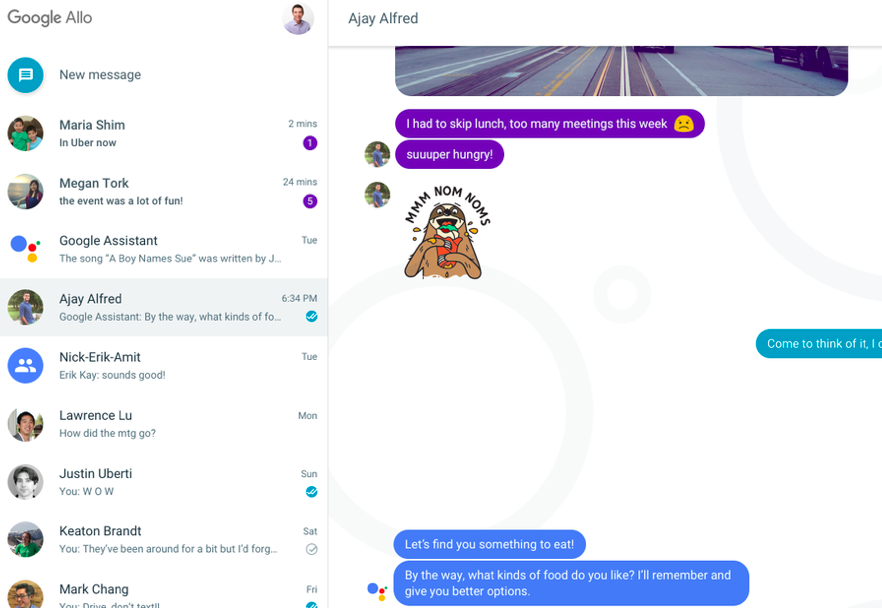 Google could garner more users than any other communication app if it just merges all its apps into one power-packed app. As per the download tally on Google Play, around 10 million users have downloaded the app while over 1 billion users have downloaded Google Hangout. These numbers clearly imply that Google Allo failed to woo consumers. With its desktop client in the making, Google wants to attract more users for Allo, but this plan might just backfire as Allo is not a popular app among users.

For Google to become the number one in the arena of communication apps, it will have to set its priorities right. As for Allo, only time will tell if the desktop client helps it in gaining more users.

Stay tuned with us for more information on Google Allo's desktop client release. In the meantime, you can share your views on Allo in the comment section below.