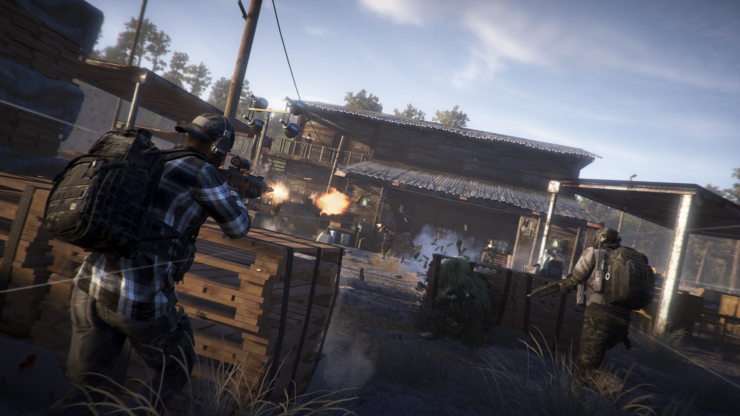 As previously announced, Ghost War, the PvP mode coming to Tom Clancy's Ghost Recon Wildlands, is getting an Open Beta.

Ubisoft just announced that it's scheduled for next week on all platforms, between September 21st and September 25th.

In Ghost War, two groups of players will take part in a four-versus-four (4v4) team deathmatch experience that builds on the tactical squad play from the main game, where strategy is equally as important as skill. Teams will choose from a roster of varied classes across three categories – Assault, Marksman and Support – that fill specific roles on the battlefield as they navigate large-scale open maps and take down their enemies.

The open beta will feature six of the twelve distinct classes, each with their own varied characteristics, weapons, perks and customisation options, and five of the eight unique maps. Ghost War will also integrate new PvP mechanics, including suppressing fire and sound markers, to create a true military-strategic, team-based multiplayer mode.

More information will be shared by the developers about Ghost War and the PvP Open Beta on September 19th at 5 pm UK time on twitch.tv/Ubisoft. You can find a gallery of new images and a full trailer below.

Ghost Recon Wildlands launched this March and Chris didn't like it very much as you can read in his review, though the game went on to be one of the best sellers of 2017 so far.