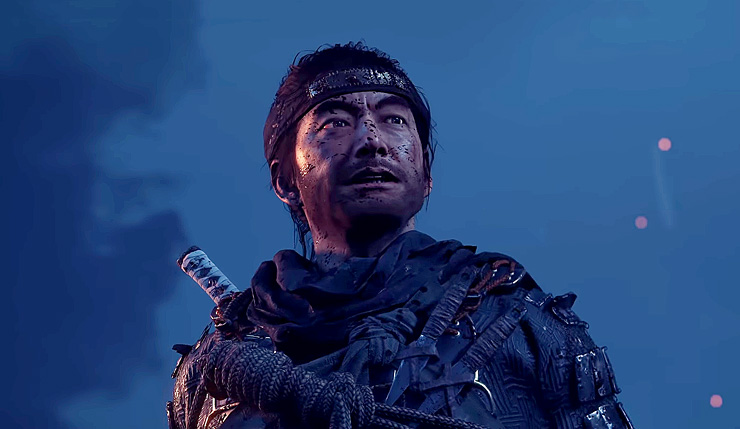 Ghost of Tsushima 2 might already be in the works as developer Sucker Punch Productions is looking for a narrative writer to write stories set in Feudal Japan.

On its website, Ghost of Tsushima developer Sucker Punch writes that its hiring a Narrative Writer with a “desire to write stories set in Feudal Japan”. In addition, the job listing mentions that “knowledge of feudal Japanese history” is a plus when applying for the job. Based on this job offer, we're again looking at an open-world title from the developer set in Feudal Japan, hinting a sequel to this year's excellent Ghost of Tsushima.

"Every aspect of the combat feels deep and fleshed out. As a result, the action can often be thrilling once you've mastered all the many ways to defeat Mongols at Jin's disposal", my colleague Alessio Palumbo wrotes in its review. "An individual aspect could probably be found ever so slightly wanting compared to the gaming gold standards of melee and stealth, but rarely has there been such a complete and well-rounded package in the hands of players."

Aside from the requirements and plusses mentioned above, Sucker Punch's job offering mentions the ability to "write high quality dialogue under tight deadlines for a diverse cast of characters who live in the time period provided."

We've included a screenshot of the job listing down below. 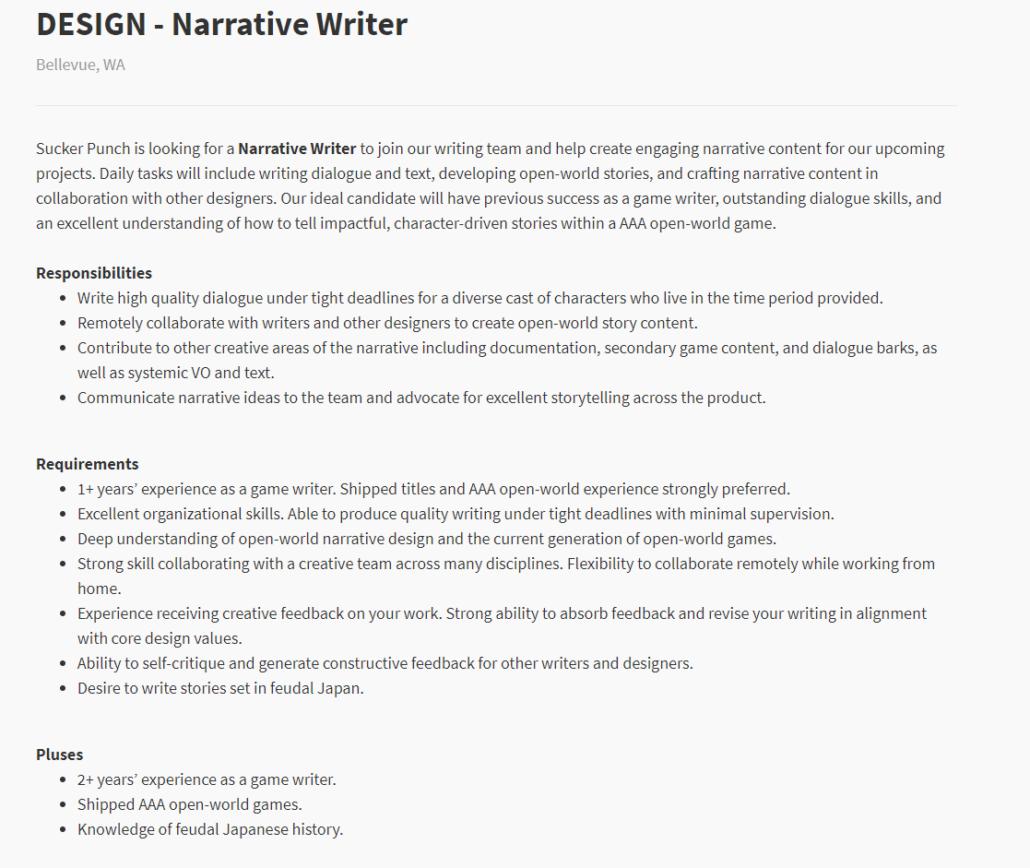 While this job ad doesn't confirm that Ghost of Tsushima 2 is actually in the works, a sequel does seem to be a no-brainer for Sony.

Ghost of Tsushima is available globally now for PlayStation 4. On PS5, the title will offer an additional 60FPS mode alongside increased loading speeds. PS4 players will be able to transfer their PS4 saves to PS5 in order pick up the game where they left off.