Geralt Gets New Finisher Moves with this Week’s Free DLC; Something Big is Coming Next for The Witcher 3

CD Project Red has revealed the latest DLC for The Witcher 3: Wild Hunt, which will be new finisher animations for Geralt. This week marks the 15th free DLC out of the 16. 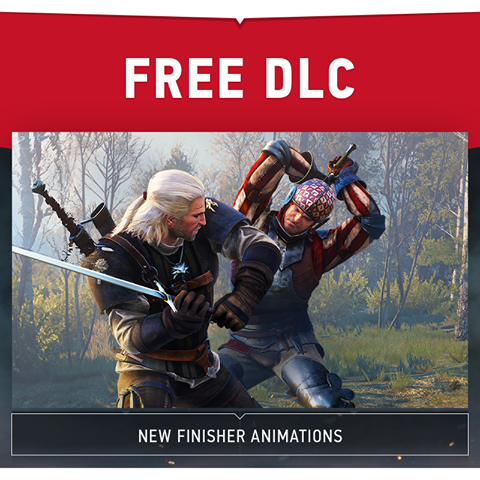 Next week's DLC will be the last of the free promised by CD Projekt RED, and the team is teasing that something big is coming. Lets hope that it will be something that will please the fans.

Coming later this week: "New Finisher Animations" the 15th FREE DLC. One more to go. What could it be? #TheWitcher pic.twitter.com/RjHErF0717

Community & Website Coordinator, Marcin Momot, recently hinted at the size of the new content being developed, which should be revealed very soon.

"There was no additional stuff included this week. Just the dlc. There's something big brewing and will be coming soon though. More info probably next week but no confirmations yet,"