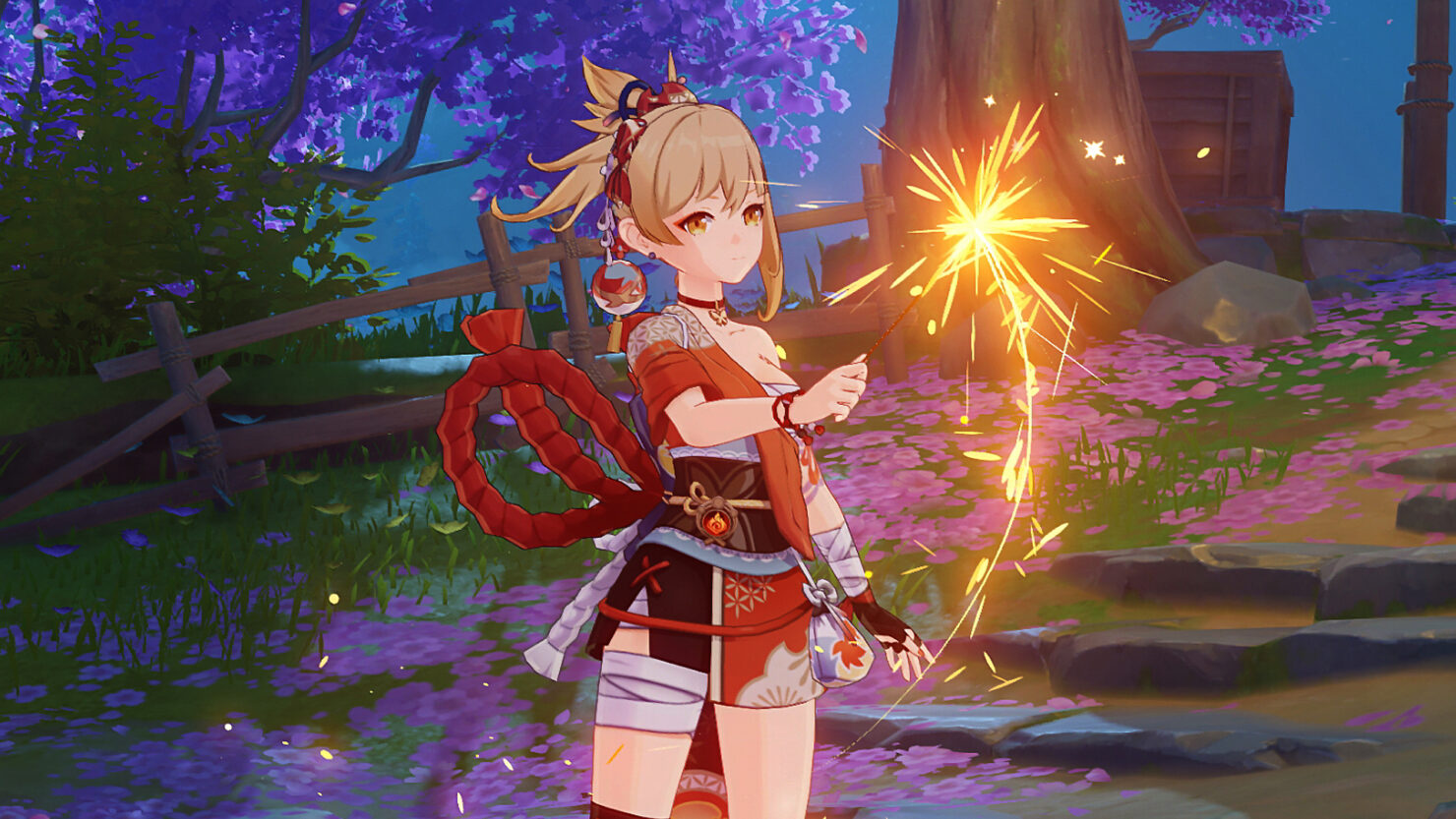 As rumored, Genshin Impact developer miHoYo dropped a new trailer this morning showcasing the game’s upcoming 2.0 update. This is a big one, as after much teasing it introduces the beautiful new Japanese-inspired Inazuma region, three new characters to unlock via the game’s gacha system (two five stars in Kamisato Ayaka and Yoimiya, and the four-star Sayu), and new features like full cross save functionality between PC, mobile, and consoles. You can check out a new trailer for the update, below.

Here’s a bit more detail on the Inazuma region, courtesy of miHoYo:

Unlike Mondstadt and Liyue, Inazuma is surrounded by the sea on all sides and consists of six main islands, often accompanied by a strong sea breeze and thunderstorms. Although Inazuma is greatly affected by fleeting lightning and the Electro element, the Electro Archon who rules the area has turned to the pursuit of eternity. Throughout the adventure in Inazuma, players will be able to explore the unique cultural landscapes, stories, secrets, and historical connections to Inazuma and the Electro Archon on each of the different islands, as well as the answers to eternity from the Electro Archon herself.

And here’s what you need to know about the new characters:

Kamisato Ayaka, the daughter of the Yashiro Commission’s Kamisato Clan, is often conceived as dignified, elegant, wise, and strong by the locals. She has been familiar to many fans and players since closed beta testing, and will be added as a five-star Cryo sword user. Yoimiya is the other five-star character joining in Version 2.0. She’s a Pyro archer and an expert in fireworks. Known as the "Queen of the Summer Festival," Yoimiya excels in her craft of creating fireworks that symbolize people's hopes and dreams. The last character, Sayu is a new four-star ninja character who wields an Anemo Visionanda giant claymore bigger than herself.