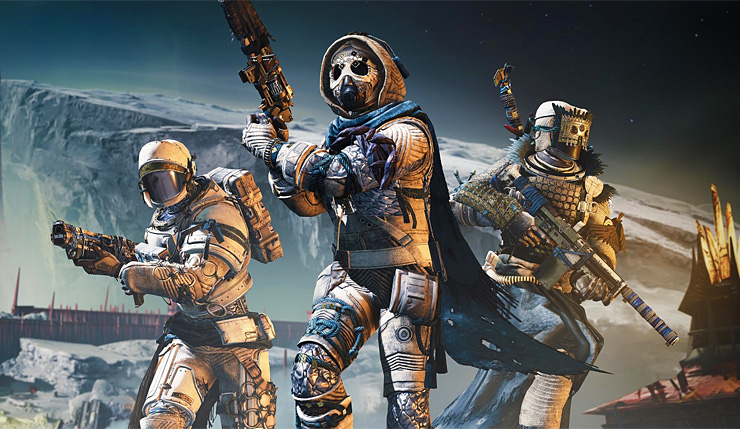 It’s long been rumored that Bungie has wanted cross-platform character saves to be a part of Destiny 2, and recently they announced the feature would finally arrive alongside the upcoming Shadowkeep expansion. The arrival of Cross Save was confirmed in a blog post late last week, and now Bungie has shared more details about how the feature will work. Basically, Cross Save will allow you to transfer a Guardian and Collection between all available platforms (PC, Xbox One, PS4, and Google Stadia), but certain things, like Silver or expansions like Forsaken and Shadowkeep won’t transfer. Here’s the basic rundown from Bungie’s new Destiny 2 Cross Save page:

With Cross Save, you'll be able to access the same set of Guardians on one Active Account wherever you play Destiny. Cross Save enables you to choose one Destiny player account (your Active Account) that you can access from wherever you choose to play. Although this is not a permanent action, we did build this new feature as something that players will activate just once to support a hobby that spans more than one platform where Destiny can be played.

Your gear, weapons, and loot across all platforms including PC, Xbox One, PS4, and Google Stadia.

Whatever you earn on one platform can be equipped wherever you play.

And here are the details on Silver and expansions not being transferable:

Do my previous game purchases transfer across platforms?

No. The things you have purchased from your PC or Console stores will remain on the platforms where you bought them. These includes games or balances of Silver. Cross Save enables you to access the Guardians and Collections on one Active Account from wherever you play. The things that you acquire for your characters in the game are what move with you from one platform to another.

How does Silver work?

Just like the game content that you acquired for one specific platform, Silver must be spent on the platform it was purchased.

Does Silver get merged with Cross Save?

No. With Cross Save, players select one set of characters from a platform to be their active characters. Silver is associated with your characters, so when you select a set of characters to be active, only that silver on that platform will be available. The Silver you own on your other accounts will remain tied to those accounts, should you ever choose to access them again. However, any future Silver purchased will be available on the platform it was purchased.

As mentioned, Cross Save will be part of the Destiny 2: Shadowkeep expansion, which launches on all available platforms on August 21. You can get more details on Shadowkeep, right here.