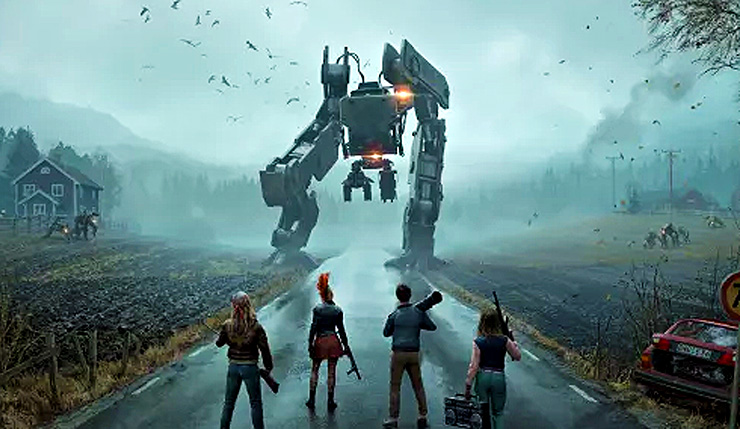 Generation Zero is a four-player co-op open-world shooter set during the 80s in an alternate version of Sweden overrun with killer robots. So, basically, it’s a mix of Left 4 Dead and Horizon Zero Dawn, with a pinch of Stranger Things added for flavor. Sounds like a promising combination! You can check out the first trailer for Generation Zero below.

Here’s the official description of Generation Zero courtesy of Avalanche:

Generation Zero is an open-world action game set in 1980’s Sweden, where hostile machines have invaded the serene countryside. Go it alone, or team up with up to three friends in seamless co-op multiplayer. By utilizing battle tested guerilla tactics, you’ll be able to lure, cripple, or destroy enemies in intense, creative sandbox skirmishes. Generation Zero is built by a small but experienced “triple indie” team with a lot of creative freedom and marks an exciting new chapter for Avalanche Studios as a publisher.

Get Ready. Then Fight Back

All enemies are persistently simulated in the world, and roam the landscape with intent and purpose. By tactically combining weapons, skills and equipment, you’ll be able to lure, cripple, and destroy your enemies. If you manage to destroy a specific enemy component, be it armor, weapons or sensory equipment, the damage is permanent. Enemies will bear those scars until you face them again, whether that is minutes, hours or weeks later.

Go it alone, or team-up with up to three of your friends in seamless co-op multiplayer. Do anything in your power to level the playing field; scavenge for weapons and equipment, set traps and use the environment to your advantage in intense sandbox combat. In Generation Zero, living is winning.

What are your thoughts on Generation Zero? Avalanche certainly knows how to make a fun sandbox, and I definitely support the whole “triple-A indie” movement, but I’m not seeing a whole lot of original ideas just yet. I’ll have to see more before I get fully on board.

Generation Zero comes to PC, Xbox One, and PS4 sometime in 2019.