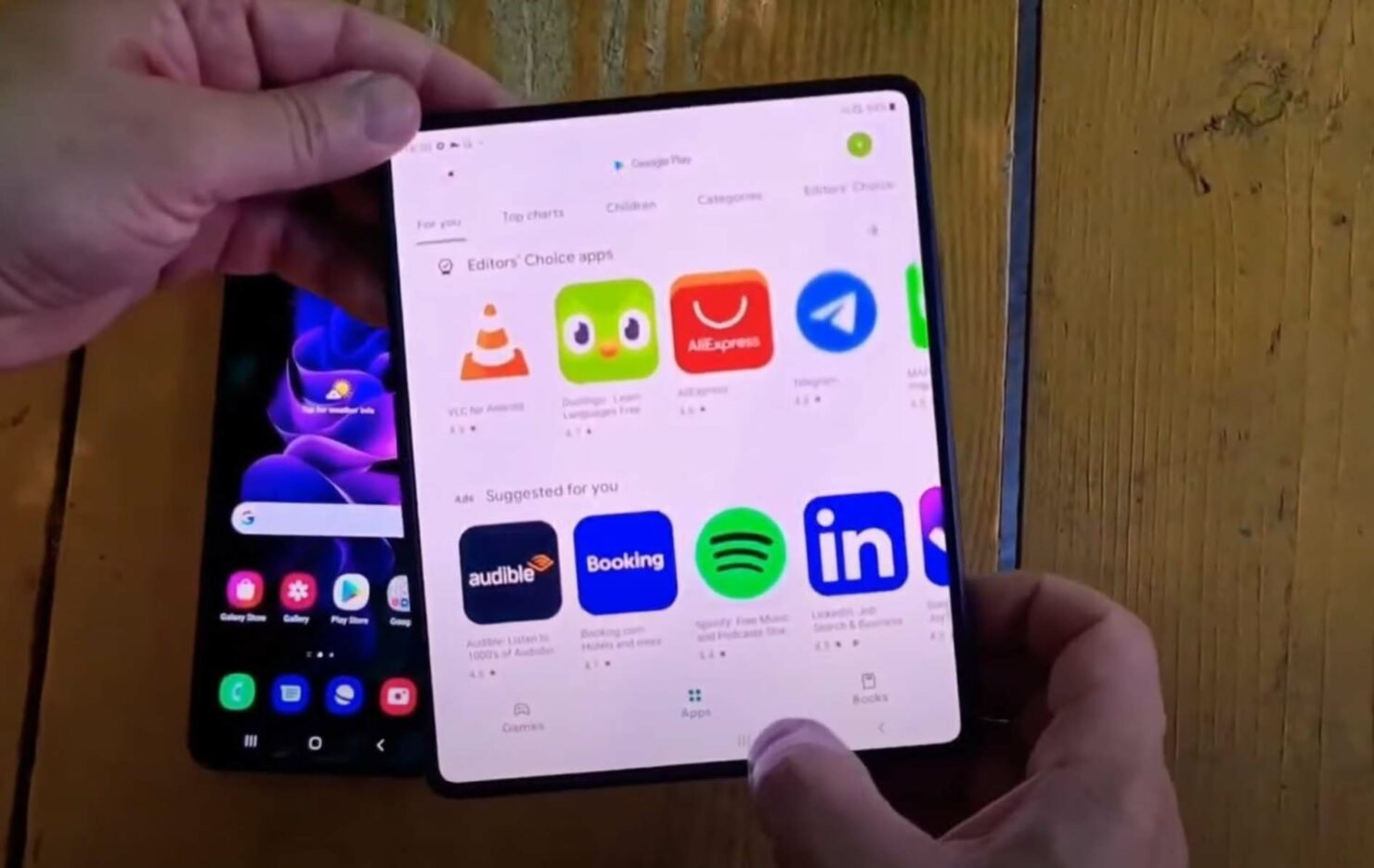 With so much material surrounding the Galaxy Z Fold 3 and Galaxy Z Flip 3 leaked already, the only thing remaining was a hands-on video so our readers can get a closer look at the upcoming smartphones. Turns out, one clip has emerged, so all of you can see what Samsung will unveil in a few hours.

First, the Galaxy Z Fold 3 gets a closer view, and while it may resemble the Galaxy Z Fold 2 in several ways, there is one huge difference; that in-display front camera. It is not completely invisible, as you can tell in the video when some light shines on it, but under regular use, we do not believe that you will notice it unless you are absolutely looking for it. We are sure that future iterations will make it near-impossible for users to look for this circular sensor, but for now, this is what we have.

As for the Galaxy Z Flip, when unfolded, it too resembles its direct predecessor, the Galaxy Z Flip 2, but as soon as you fold it, you can notice that secondary display present right next to the primary dual camera setup. In addition to these two foldable smartphones, Samsung also plans on unveiling the Galaxy Watch 4, for which it has already unveiled the industry’s first 5nm chipset, the Exynos W920.

The Korean giant will also announce the Galaxy Buds 2, which will serve as the successor to the original Galaxy Buds. Though these will be cheaper than the Galaxy Buds Pro, they are expected to come with improved features and battery life. Samsung’s Galaxy Unpacked 2021 event will take place shortly, and you can check out all the latest details on what the company has announced here.

Last but not least, check out the hands-on video below and let us know what you think.

Galaxy Z Flip 3 to Be the Best-Selling Foldable Smartphone in 2021, Says Display Analyst