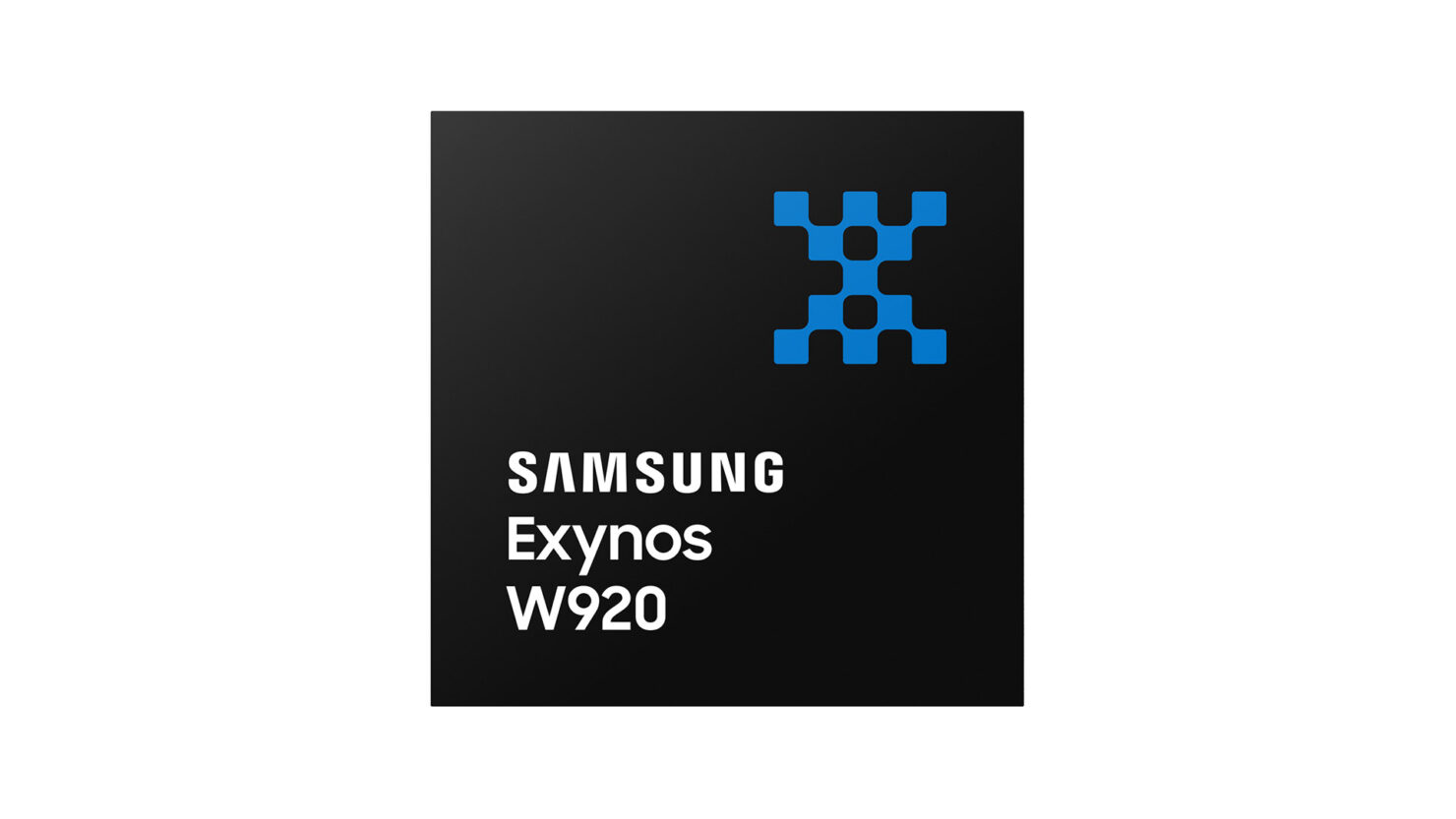 Samsung today announced the Exynos W920, its and the world’s first 5nm EUV chipset designed to power wearables. The improved manufacturing process means the new silicon will increase power efficiency, with other advantages that we will talk about shortly.

Samsung states that its latest Exynos W920 packs two ARM Cortex-A55 cores made to tackle both intensive tasks while focusing on efficiency. The new chipset also features an ARM Mali-G68 GPU. With both additions, the Korean giant claims that CPU performance increases by around 20 percent and GPU performance sees a ten-times gain compared to its predecessor. With these improvements, the new chipset not only ensures faster app launching but allows for a smoother user interface while scrolling on a wearable with a 960 × 540 display.

The Exynos W920 also comes in the smallest package currently available in the market for wearables thanks to Fan-Out Panel Level Packaging (FO-PLP) technology. Using this technology, the new chipset accommodates the power management IC, LPDDR4, and eMMC in the same package using something called System-in-Package-embedded Package on Package configuration or SiP-ePoP.

This advancement allows the components to be tightly packed together, freeing up vital space to allow for bigger batteries or for companies to aim for sleeker wearable designs. The Exynos W920 also conserves battery life through a dedicated low-power display processor called the Cortex-M55. Instead of waking the primary CPU, this CPU reduces display power consumption under the Always-On-Display mode.

Other additions include an embedded 4G LTE Cat.4 modem and a Global Navigation Satellite System (GNSS) L1 for tracking speed, distance, and elevation during outdoor activities. It is expected that the new 5nm Exynos W920 will power the upcoming Galaxy Watch 4, which is scheduled to the announced tomorrow. As always, we will keep our readers updated on how this smartwatch differs from its predecessors, so stay tuned.