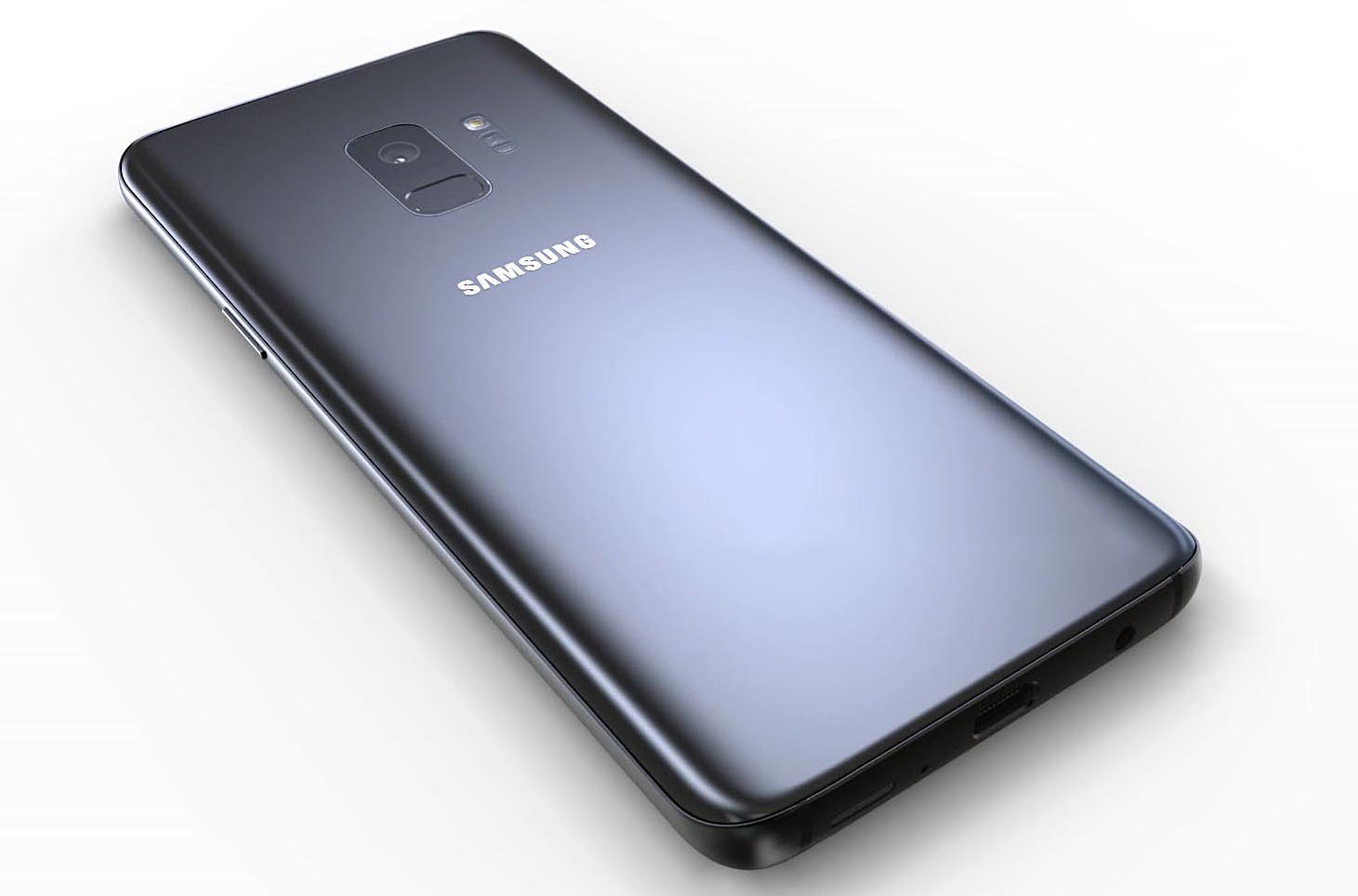 Galaxy S9 Render Gallery and Video Reveals a Headphone Jack, but the Phone Could Maintain the Same Bezels as its Predecessor

The massive gallery might reveal a lot of what the Samsung Galaxy S9 might offer from the outside, but it might not be compelling enough for customers who are already in possession of the Galaxy S8 and Galaxy S8+. Samsung will definitely try to lure them in with trade-in deals but from a design perspective, we hope that Samsung and its design plus engineering team is able to make some of the magic happen back at headquarters.

The delightful thing about these renders is that Samsung has not forgone the headphone jack, meaning that Samsung still realizes the importance of this old but important port. The screen-to-body ratio, however, looks about the same as the Galaxy S8 and a single rear-mounted dual-camera is still present where it should be.

The fingerprint position is different, however, and we are glad that now people will find it easier to unlock their devices with the new orientation of the sensor.

That still does not forgive Samsung for keeping the same design of the Galaxy S9 like its predecessor and we hope that the company is able to find a decent workaround to reduce the bezels percentage even further.

After looking at these renders, do you feel compelled to make an upgrade? Tell us your thoughts down in the comments.