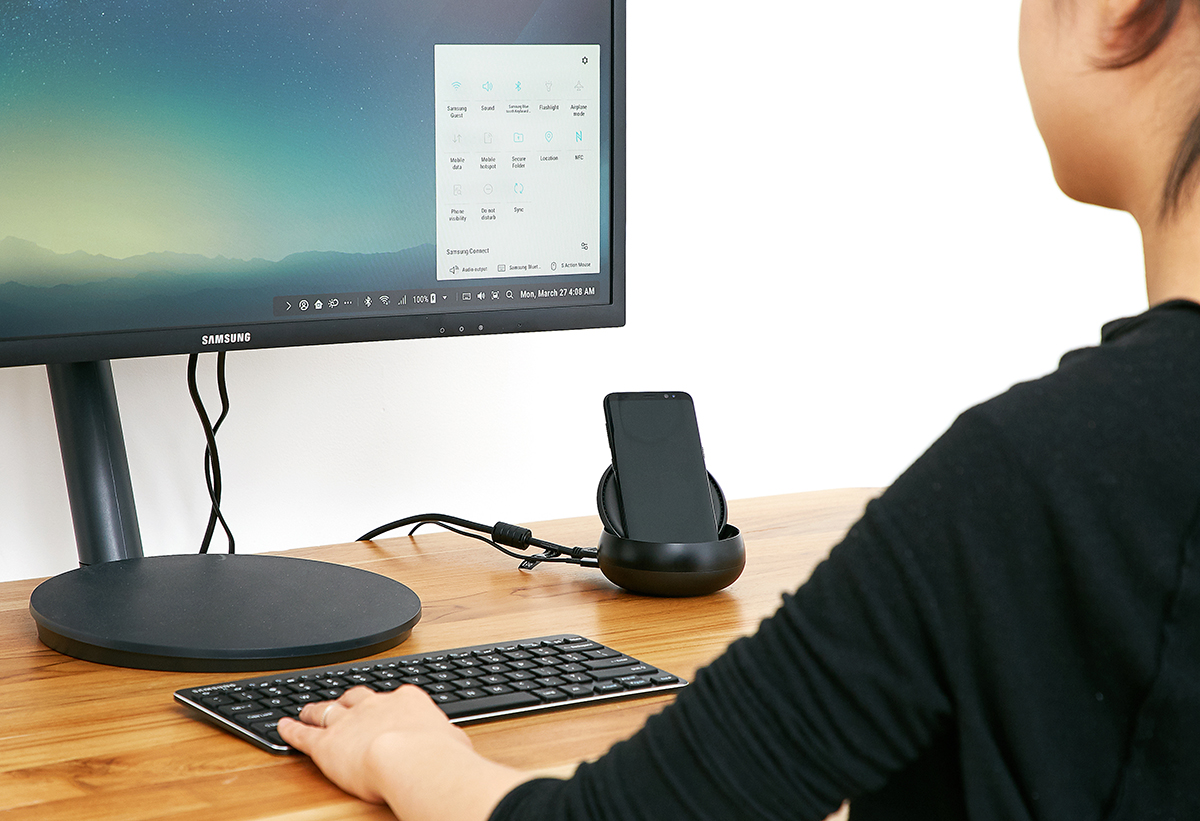 With the unveiling of the Galaxy S8 and Galaxy S8+, Samsung introduced something called the DeX Station, which was a unique way of transforming your smartphone’s canvas into a desktop through the use of accessories and an available display unit.

It worked very well, with a few caveats but according to a new rumor, it looks like these issues might be addressed with the Galaxy S9 announcement. How might you ask? Well, this rumor claims that something called the DeX Pad is going to be introduced along with the flagship.

Galaxy S9 Could Be Placed on the DeX Pad, Giving the User More Features to Play Around With - Here Is What You Might Be Able to Do

According to Galaxy Club, this new DeX Pad could allow the Galaxy S9 to be placed on it and start using the flagship as a peripheral. While the rumor does not clarify how this is going to be possible, Galaxy Club does report that it creates the possibility to negate a keyboard or mouse when you’re attempting to extend your workspace using the Galaxy S9.

For now, you should take this rumor with a pinch of salt because we feel that this might be a very impractical way of using the Galaxy S9 to extend your current workspace. On the other hand, other applications that did not play well on the larger connected display might actually be optimized to play nicely with the Galaxy S9 thanks to software improvements.

On the other hand, the DeX Pad itself could feature more ports for better expansion. The already released DeX Station only featured USB 2.0 ports, so it is more than possible that the DeX Station features a Type-C USB and USB 3.0 port that allows you to hook up another display for better productivity and getting better read and write performance, respectively.

Remember, this is pure speculation, so when the Galaxy S9 nears its announcement date, we will get to know more about this DeX Pad.