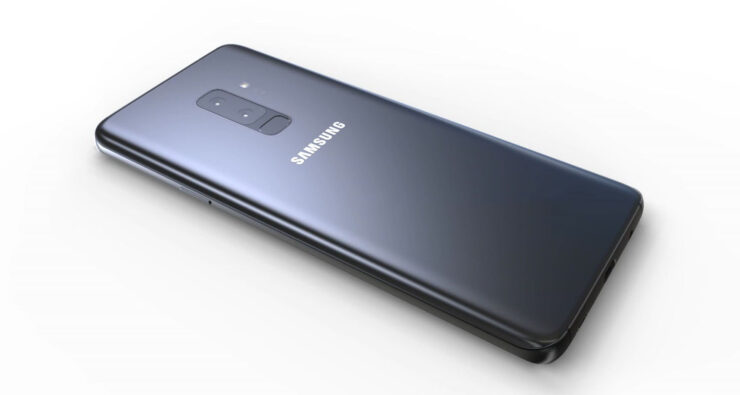 This year, both the Galaxy S8 and Galaxy S8+ came with single cameras mounted on the rear side, thus removing any exclusivity from the larger flagship apart from the bigger display and larger battery capacity. For 2018, Samsung might have different plans for the Galaxy S9+, as this render gallery and 360-degree video reveals more.

According to this render gallery courtesy of @Onleaks and MySmartPrice, the Galaxy S9+ is expected to offer customers more than just a bigger screen and larger battery. If you take a look at these images carefully, you will notice that the upcoming phone sports a dual-camera that is placed in a vertical orientation, much like the iPhone X.

The Galaxy S9 renders yesterday revealed a different story, however, showing a bezel-less design that is similar to the Galaxy S8 as well as the much-needed headphone jack present coupled with a single rear-facing camera, which will be seen as a huge disappointment. However, according to the video given below, Samsung could be luring customers into spending more money to get their hands on additional exclusive features.

Luckily, the headphone jack has been retained in the Galaxy S9+, which is a godsend seeing as how manufacturers are so easily able to do away with this archaic, but necessary port. The bezels on the other hand, leave much to question. Yesterday, Samsung reportedly dropped the idea on reducing the bezels on the Galaxy S9 due to a prototype test failure, but we are still hoping that the tech giant is able to surprise us in the future.

After all, there is very limited time for both the Galaxy S9 and Galaxy S9+ to be unveiled, as a new report details the announcement date is being pegged at February 27.

If the Galaxy S9+ does end up sporting a dual-camera, would you upgrade to one and forego your purchase of the Galaxy S9? Tell us your thoughts down in the comments.