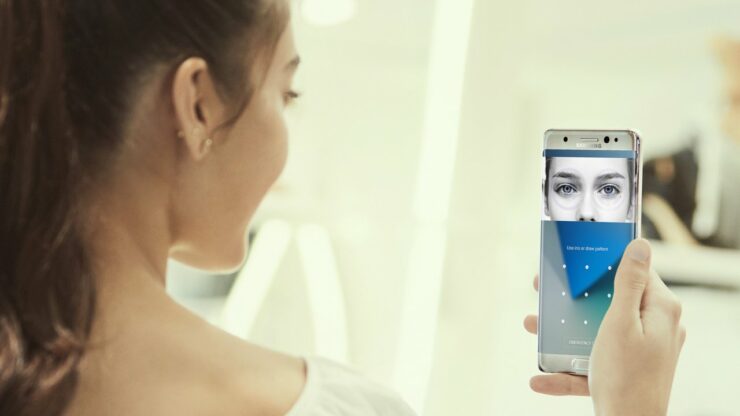 The removal of the iris scanner on the upcoming Galaxy S10 has been reported before and once more, the same details have been pointed out. To be fair, lots of reviewers and critics labeled the iris scanner as a rather slow way to unlock your smartphone, unlike reaching for the fingerprint scanner and unlocking within a few milliseconds. Samsung is obviously going to be looking for a different way to help users unlock their devices. Could the Korean tech giant be looking at 3D facial recognition or an in-display fingerprint scanner to help achieve this goal?

An optical in-screen fingerprint scanner will be an inexpensive solution present in the most affordable Galaxy S10. This will help to keep the costs low and allow the flagship to compete with the iPhone XR. The more expensive variants are expected to feature Qualcomm’s ultrasonic in-display sensors. While these are costly, they have their benefits. However, to avoid mounting costs from third-party manufacturers, Samsung could choose to use its own biometrics in the more premium models but it looks like we will have to wait for more rumors to arrive down the road.

Removing the iris scanner could mean that Samsung will be able to increase the total screen-to-body ratio for its Galaxy S10 family, but it does not mean the Korean manufacturer will resort to a notch. There is also a possibility that the company will resort to a 3D facial recognition system just like Huawei, but once again, we’ll have to wait for more rumors to arrive.

As for the removal of the 3.5mm headphone, that has yet to be confirmed. Samsung might consider its removal to make way for better components in its devices but we will not be surprised if the upcoming Galaxy S10 lineup retains this port. What sort of biometrics are you looking forward to from the Galaxy S10 family? Let us know your thoughts down in the comments.