Galaxy S10 5G Explosion: Is Samsung Shirking Away From Responsibility? 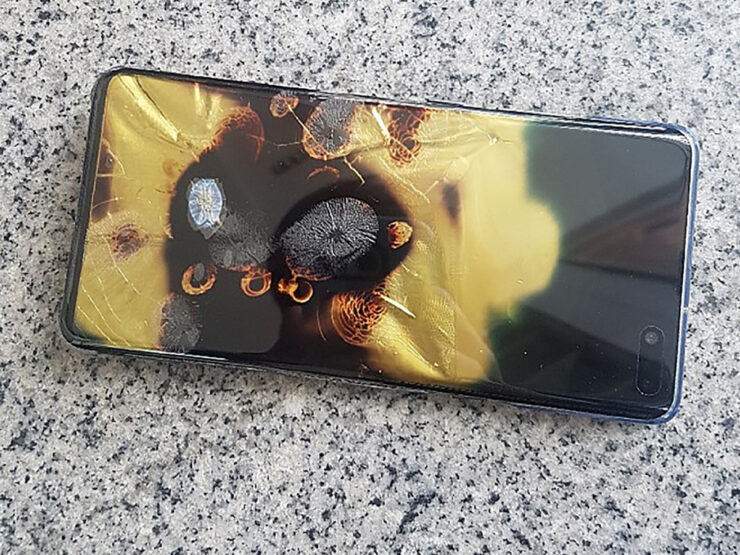 Korean tech giant Samsung got off to a great start this year when the company introduced five new gadgets in the high-end smartphone market. Not only did Samsung introduce an entry-level Galaxy 'S' smartphone, but the company also showcased a new form factor (the Galaxy Fold) and its first smartphone with 5G. The Galaxy S10 5G features four cameras on its back and two at the front. One lens on the gadget's back and front each is a ToF (Time of flight) sensor intended to aid the gadget with AR applications.

A 5G Galaxy S10 caught fire last month, and soon after reports started circulating that Samsung had refused to reimburse the South Korean customer whose gadget suffered the unfortunate mishap. Now, the company has provided its side of the matter, so head on below for the details.

Ever since Samsung's Galaxy Note 7 developed malfunctioning batteries, the company's been under a lot of pressure to avoid any such occurrences. After all, Samsung was forced to recall the Galaxy Note 7 off of the market, and the device was declared an aviation security risk due to its batteries. The reason behind the malfunctions was Samsung's desire to make the device too thin, which resulted in undue pressure being exerted on the Lithium-ion cells.

Now, after a South Korean user only identifiable as 'Lee' reported that his 5G Galaxy S10 exploded, Samsung is out with its own statement about the reasons behind the event. According to Mr. Lee, his 5G Galaxy S10, ". . .was on the table when it started smelling burnt and smoke soon engulfed the phone. I had to drop it to the ground when I touched it because it was so hot."

As you can undoubtedly insinuate, Mr. Lee's statements imply that the fault rests with his smartphone and not any potential misuse of the device. Samsung, on the other hand, has a different opinion. According to a statement given by the company to CNET, Samsung blames the explosion on an 'external impact'. A company spokesperson claims that "After retrieving the device from the customer, Samsung has closely inspected the device and concluded that the damage was caused by external impact."

Now that we've got both sides of the story, it's hard to determine which one is accurate. We believe that Samsung really needs to be more careful. Even if the 5G Galaxy S10 did explode due to an impact, the event does not instill confidence in the device's design. After all, it's unreasonable to expect that any gadget will see zero rough use over the course of its lifetime. Whether such use translates into a safety hazard should be on the mind of every manufacturer.

Thoughts? Let us know what you think in the comments section below and stay tuned. We'll keep you updated on the latest,