With summers settling in full swing, information about the Samsung Galaxy Note 7 has once again started to leak at a daily rate. So far, we've managed to figure out quite a bit of what the device will be offering, and by the state of things so far, there won't be any major changes introduced this year. Samsung's going to rely on the same mixture of the usual performance and hardware upgrades, and today there's some more information about the Note 7's processor.

Now, it seems like Qualcomm's eager to update its flagship chipset lineup, as we've started to hear more and more about the Snapdragon 821. The 821, which originally surfaced as the 823 on the rumor mill will be using similar configurations as the Snapdragon 820, but will also be coming with incremental performance upgrades. While initial sources pinned the 823 with an 18% performance increase, given that the processor might be launched this September, there's still nothing concrete about its specifications as of now. 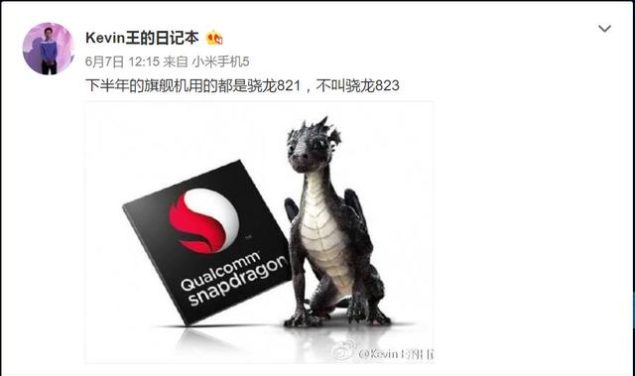 Now, according to a statement from IHS China's director, the Galaxy Note 7 will indeed be coming with the Snapdragon 821, as the chip will also debut on ASUS' Zen Fone Deluxe. As the primary flagship processor supplier of Android, the US chipmaking giant looks to be solidifying its ties with Asian manufacturers and companies; at a time when Apple and the iPhone see their influence waning down.

With the Galaxy Note 7, Samsung will be bringing several upgrades on board, which when combined with the phablet's dual edged screen should give plenty of high powered users a good incentive to purchase the device. Aside from the Snapdragon 821 and the Exynos 8890, the Note 7 will also be coming with 6GB of RAM and a 4000mAh battery, giving the device an additional power punch alongside processor upgrades.

Samsung's generally kept chipsets similar on the Galaxy S and Note lineup, and this year as both the device's adapt similar model numbers, this appears to be changing. Things do seem to be changing in the mobile world, even if at a snail's pace and we'll see whether this information bears fruit in September. Till then, stay tuned and let us know what you think in the comments section below.

The OnePlus 3T Midnight Black Is Available For Purchase At $479; Place An Order Now!