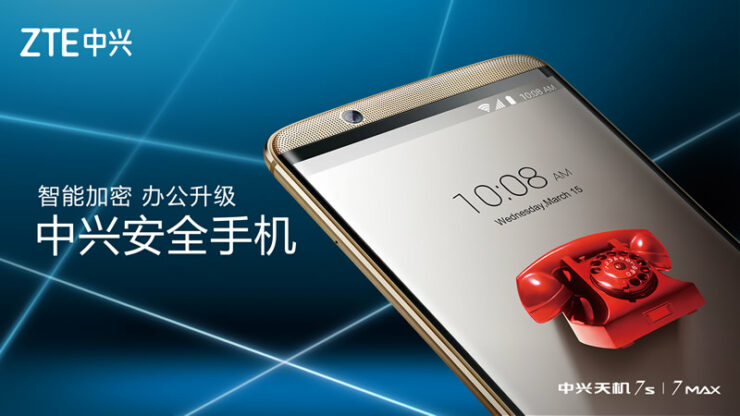 ZTE Axon 7s is a slightly upgraded version of the Axon 7 that was released in 2016 and it gave flagships a run for their money with its high-end specifications. The Axon 7s is another contender but unfortunately does not come with the latest and greatest Snapdragon 835 that we were hoping for. However, you guys did see a glimpse of that high-end phone during MWC 2017 and we’re still hoping it makes an official appearance during the first half of this year.

The OnePlus 3T Midnight Black Is Available For Purchase At $479; Place An Order Now!

The company’s press release details did not mention the amount of RAM and internal storage present so we will be updating you on this information. If you notice the grill design in the image given above, you will notice that the company is not a keen fan of using the bezel-less form factor that has been the talk of smartphones for 2017 and that is a good decision in my opinion. For one thing, it gives ZTE enough room to use front-firing speakers and you guys know that there’s nothing clearer than having sound coming in your direction.

The QHD panel has been retained and so has the 5.5-inch AMOLED display, which really stood out when the company announced its Axon 7 a while back. With a Snapdragon 821 in place, the Axon 7s will comfortably be able to render Daydream content and for those that are interested, it is running Android 7.1 right out of its packaging.

Pricing details have not been mentioned but if the company wants to make a difference in its sales numbers, then it should price the device competitively.

Would you opt for this handset or the Snapdragon 820-powered Axon 7? Let us know your thoughts down in the comments.