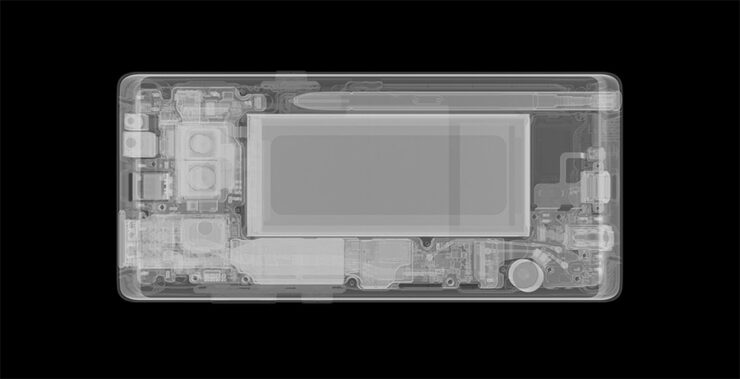 This year, Synaptics unveiled something very interesting and it debuted on a Vivo smartphone; an in-display fingerprint sensor. Sadly though, the Galaxy S9 and Galaxy S9+ are not going to be recipients to this change, so all hopes are lying on the Galaxy Note 9. Unfortunately, a new rumor is circulating that the upcoming flagship might not receive this tiny, but crucial hardware change.

The Bell has reported that since the Galaxy Note 9 is going to be equipped with the Infinity Display, which is the same curved OLED panel present on the Note 8, it will introduce a new challenge to incorporate an in-display fingerprint reader beneath such a display.

Though the in-display fingerprint reader from Synaptics can only be placed on devices that sport OLED technology, it is the way the glass has been manufactured that will play a pivotal role in all of this. Now coming to the Galaxy S10, with some rumors calling it the Galaxy X, this upcoming flagship could not just shock the smartphone industry with next-generation specifications, but it could also come with an in-display fingerprint reader.

There is also a possibility that Samsung stops relying on ARM for its GPUs and goes straight for an in-house solution that will give the company slightly better integration between software and hardware. Regardless, there have been countless reports stating that the Galaxy Note 9 will be the first Samsung device to get an in-display fingerprint, and here we have something completely contradictory.

However, the Galaxy Note 9 has also been reported to get better S-Pen functionality, so we will have to see what those really are before we brand the device as just another larger variant of the Galaxy S9 lineup.

What feature are you looking forward to the most on the Galaxy Note 9? Tell us down in the comments.