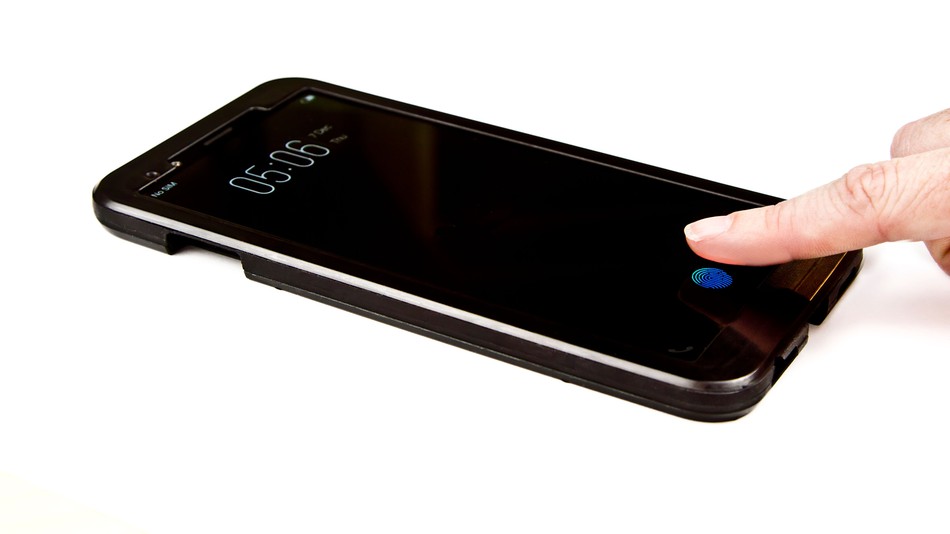 No more accessing the fingerprint reader from the back plate of smartphones. Synaptics today announced the world’s first fingerprint sensor that goes underneath the display, allowing future manufacturers to continue offering mobile phones that sport crisp thin bezels while also allowing users to unlock the devices without adopting unorthodox finger-mounting positions.

At this point, Apple has pretty much replaced Touch ID with Face ID and we are bound to see more iPhones featuring facial recognition. However, Samsung plans to continue providing users with a ton of security features to take advantage and we do not believe that the fingerprint reader from the company’s lineup of mobile devices is going to go away anytime soon.

We also believe that the upcoming Galaxy S9 and Galaxy S9+ are going to sport this security solution. While Synaptics and Samsung themselves have not admitted this, the timing is a giveaway. The Exynos 9810 and Snapdragon 845 have officially been announced and another piece of the puzzle remaining was the in-display fingerprint sensor from Synaptics.

This sensor integrates a complete security stack with AES encryption and a variety of authentication features that companies can choose from. Another impressive feature is that it can be turned on or off at will, meaning that unlike traditional sensors, this will not occupy unnecessary space on the body of the phone, thus giving manufacturers additional freedom to incorporate more useful components to stay ahead of the competition.

The new Synaptics Clear ID optical fingerprint sensors deliver one-touch high-resolution scanning through full cover glass and enable sleek, button-free, bezel-free infinity displays. Synaptics' highperformance Clear ID FS9500 optical solution excels with wet, dry and cold fingers, and since it's protected by glass, is durable, scratchproof and waterproof. In-display fingerprint technology allows users to securely unlock the device in situations including while it's sitting on the table, at any angle, or while in a car mount. Synaptics' Clear ID performance is twice as fast as 3D facial recognition and requires only one touch to access your smartphone.”

Are you excited to potentially see a Galaxy S9 and Galaxy S9+ feature the world’s first in-display fingerprint sensor from Synaptics? Tell us down in the comments.