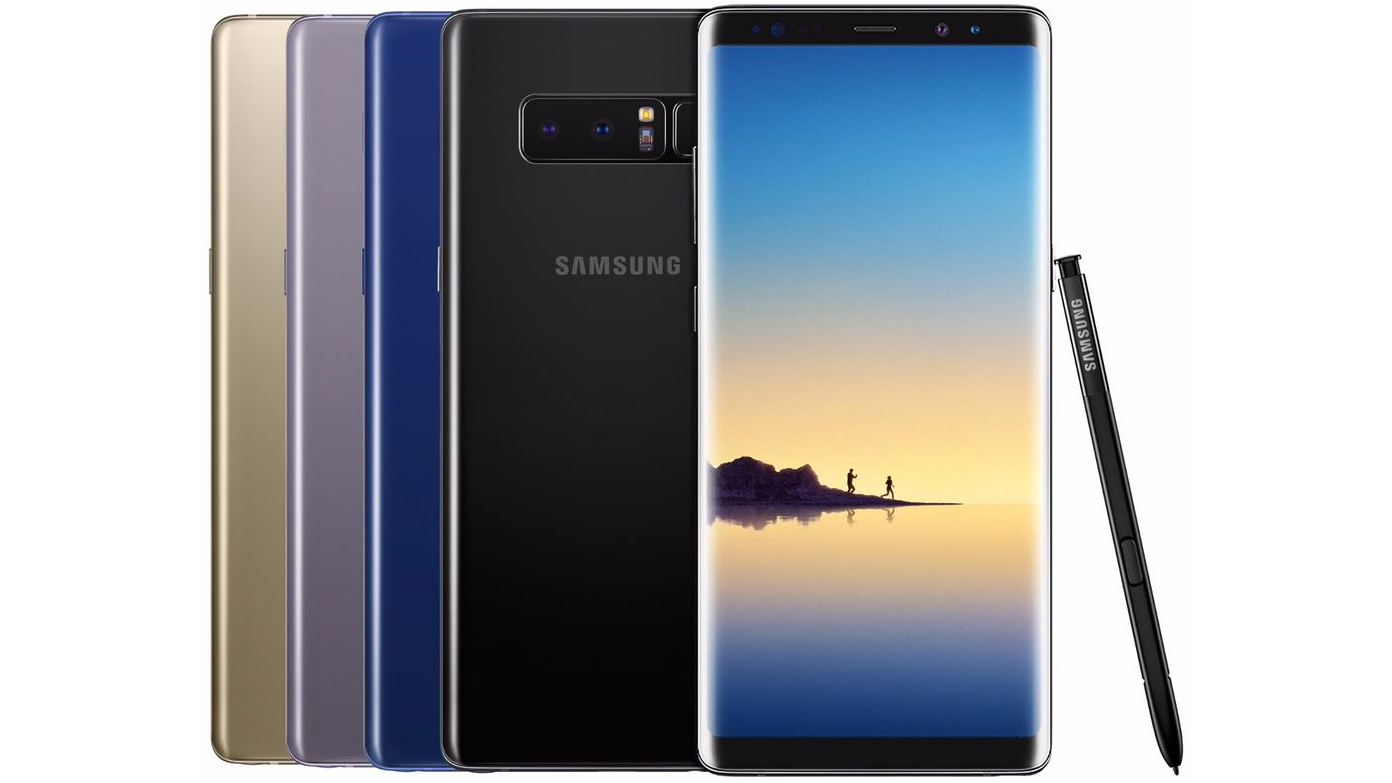 Galaxy Note 9 is still one of the most powerful devices available in the market. So, when we reported that it will not be receiving the One UI 2.1 update, it was upsetting news for many, considering how Samsung has released the same update for other devices like the Galaxy Note 10 and the Galaxy S10 series.

However, in the latest news, it turns out that at least the Galaxy Note 9 will be receiving the One UI 2.1 update. The confirmation is coming from Samsung Korea forum moderator, so it is safe to say that the news is actually real.

Galaxy Note 9 is Set to Receive One UI 2.1 Update, No Word on the Galaxy S9 Series

The information is coming from the Samsung Korea forums where a moderator replied about how the company is currently testing the update. The original response was in Korean, so the translation might be a bit off, but you can check the reply below. 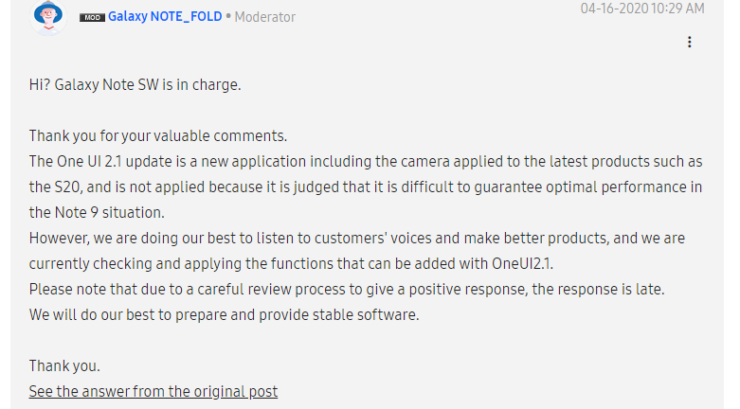 Now the good news is that the Galaxy Note 9 users have something to be happy about. But in the reply, there is still no mention about the update coming to the Galaxy S9 series. The reason why the update should be available on the S9 devices is because of how similar they are to Note 9. However, at the time of writing, we do not have any proper word.

For those wondering, One UI 2.1 is an iterative update over the One UI 2.0 which is already running on the older devices. However, you have some new features such as improved night mode and improved camera options. You are also getting a feature called Quick Share feature that works like Apple's AirDrop.

At the time of writing, we do not have any official word on just when the update is coming out but it is good to see that Samsung is currently working on supporting the older devices. Even though Samsung has not confirmed whether the update will be hitting the Galaxy S9 series, we are keeping our fingers crossed, and hoping that it does make it there as well.