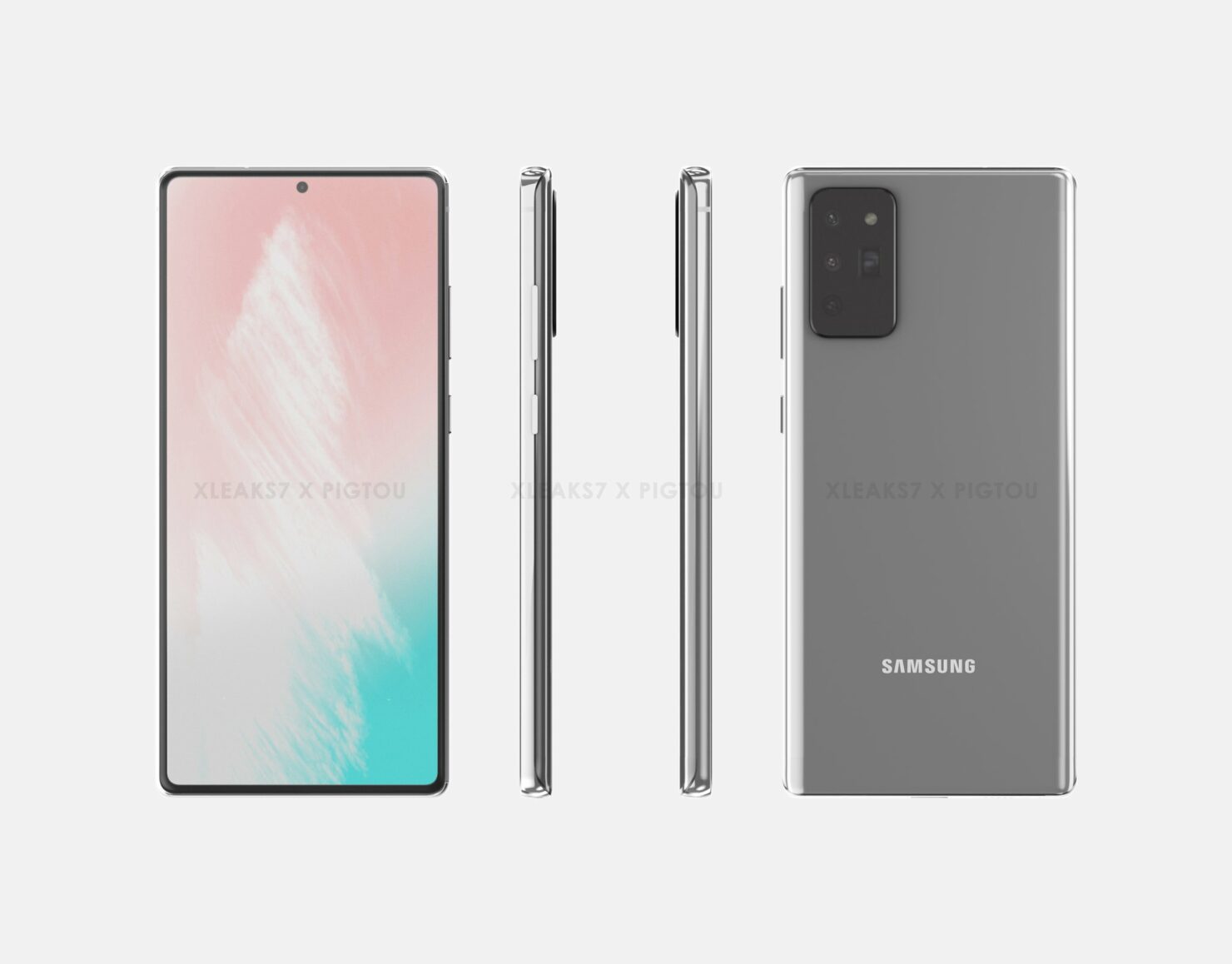 Galaxy Note 20 series of devices should be revealed sometime in August. We recently talked about how Samsung will probably hold its Unpacked Event online following the global health crises that is going on. The Note 20 series is supposed to be a no-compromises version of the Galaxy S20 devices, and we have seen a couple of leaks over a few weeks.

The leak we have today might be convincing for some as this is the first time we are seeing the device in all its glory, and the design looks a lot more familiar than we might have expected. It carries some traditional design elements exclusive to the Note series like the boxier design that this device has, as well.

The latest leak is coming from Pigtou and it is in the form of some rather questionable renders. Now before you start deciding that you are about to sell your older device. We would suggest that you should take these renders with a grain of salt. Let's look at these renders first and why we think these are not the final design.

Now that you have looked at the renders, there are some interesting things to note here. For starters, this alleged Galaxy Note 20 has a flat display; something we do not see on a Samsung flagship these days. On top of that, the quad-camera system has a periscope camera of sorts or a module that looks a lot like 100x Space Zoom. The latter should not be strange but the recent rumours did point towards how Samsung might be skipping on the 100x Space Zoom camera altogether. So, either these renders were created before that, or the phone will have the camera.

What still does not sit right is the inclusion of a flatter display. It also seems like that the much revered S-pen is going to be on the left side of the device.

Are you convinced with the renders or do you think that these are just really early renditions and the actual stuff is still hidden away? Let us know your thoughts.