Galaxy Buds Pro are the Next True Wireless Earbuds from Samsung

We understand that all eyes are on the upcoming Galaxy S21 because it is the next big thing, and in this heat, most of us have forgotten that Samsung is also going to release a sequel to the Galaxy Buds Plus. Yesterday, we reported that the report suggests that the new variant will have active noise cancellation, but at that time, there was no word on what the name is going to be.

We have heard in the past that they are going to be called Galaxy Buds Beyond, but based on the latest news, the name is going to be completely different.

There is a certification that has been published by the Indonesian regulatory authority, and it confirms the name of Samsung's next true wireless earbuds. They will be called Galaxy Buds Pro. They are going to bring the model number SM-R190. China's 3C regulator has also certified these earbuds; the listing also reveals that the earbuds' case will bring a 472 mAh battery.

The Galaxy Buds Pro has also visited the Korean NRRA, so we are sure that this will be the name and other information. Everything that we have seen so far corroborates. Now we just have to wait for the leaks to start dropping before the official confirmation. 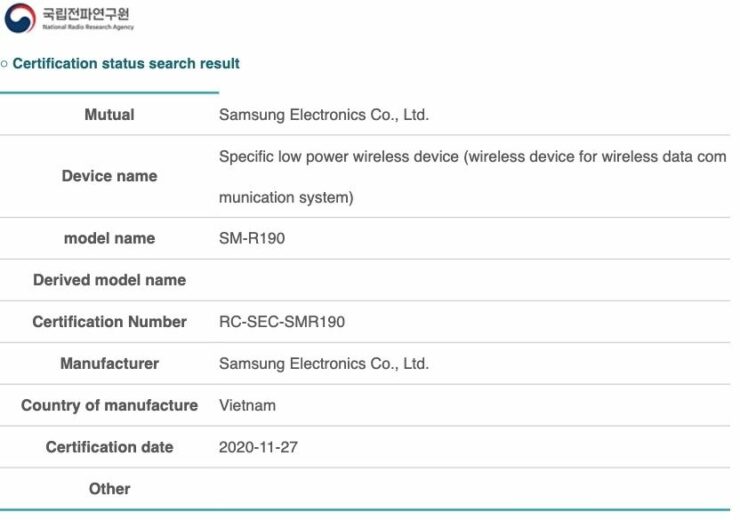 Having official confirmation from three regulatory authorities with the same information is more than enough to confirm that the official name will be the Galaxy Buds Pro.