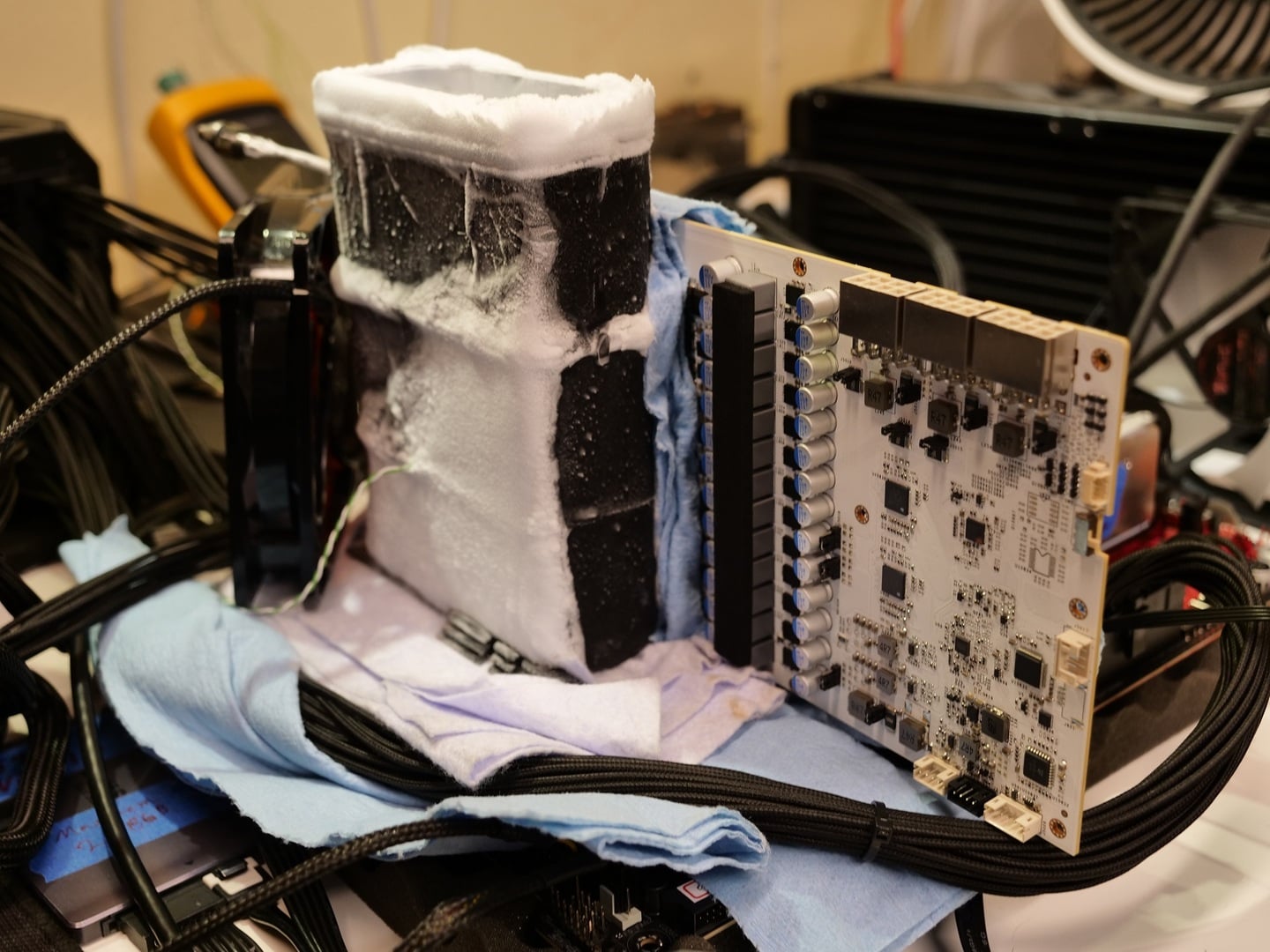 The GALAX GeForce RTX 3080 Ti HOF OC LAB Edition graphics card is designed purely for hardcore overclockers. This falls in the same category as the HOF OC LAB XOC variant which is another card featuring a heavily binned GPU that is geared for overclocking and that's apparent with its massive 400W TDP at default and even higher with custom XOC BIOS. The graphics card features triple fan and triple-slot designs with a white-colored shroud, PCB, and backplate. For LN2 overclockers, the cooling solution is of no use as they are going to put the PCB under LN2 cooling anyways.

The PCB is a 24 phase design that features 14 phases dedicated for the GPU, 6 for the VRAM, and 4 for PLL. The card at stock has a boost frequency of up to 1815 MHz when running in P-mode which indicates the performance profile. The card is powered by a triple 8-pin connector configuration & has the necessary voltage readout points on the PCB.

Team OGS and overclocker, Rauf, who has previously smashed various world records for GALAX cards, pushed the card to an impressive 2.8 GHz and benchmarked it in several synthetic tests such as 3DMark Port Royal in which the card scored up to 18726 points with a boost clock touching 2.80 GHz.

While such high-frequencies are a very impressive feat, we have to mention that GALAX's GeForce RTX 3090 HOF had already been pushed to 3.015 GHz by Rauf and Team OGS before. In addition to that, AMD still holds the top spot in GPU frequency records with its Navi 21 XTXH GPU achieved an insane 3.3 GHz overclock on LN2 cooling. If that's not enough, GALAX and Team OGS hit 2.94 GHz on the GALAX RTX 2080 Ti HOF OC LAB Edition which is a 140 MHz higher overclock than what the successor (GeForce RTX 3080 Ti) achieved.