The internet has been abuzz with a lot of news lately. Google's I/O conference has given us a lot to report and post about. However, no matter what happens, the overclocker community always is hard at work, doing what they do best. Recently we informed you about Intel's Devil Canyon flagship Core i7-4790K being massively overclocked to 7003.38 MHz. This time, the 8 GHz barrier has been broken, and not once, but twice. The processors are AMD's FX-8320 and FX-8350 and the enthusiasts are Russians slamms and Atheros. 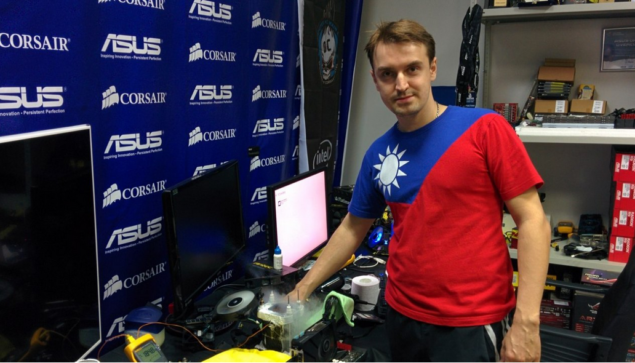 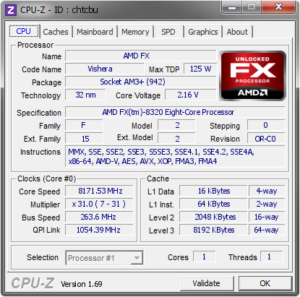 Russian enthusiast Slamms has set a new record in overclocking AMD's eight core FX-8320. The enthusiast has managed to overclock the processor to a staggering 8171.53 MHz. This has been done while running the processor in single core mode. The base frequency of the processor is 3500 MHz. The cooling employed by slamms was liquid nitrogen, as is expected in these cases. Core voltage for the processor was 2.16 Volts with maximum TDP being 125 Watts for the processor. The motherboard employed by the enthusiast was Asus CROSSHAIR V FORMULA-Z with 990FX Chipset Power consumption for the run was 1,300 Watt. The memory employed by Slamms was one module of Corsair 4096 MB of single channel DDR3SDRAM. Frequency of the RAM was 702.9 MHz. This run earned Slamms first ranking out of 61 entries for the FX-8320.