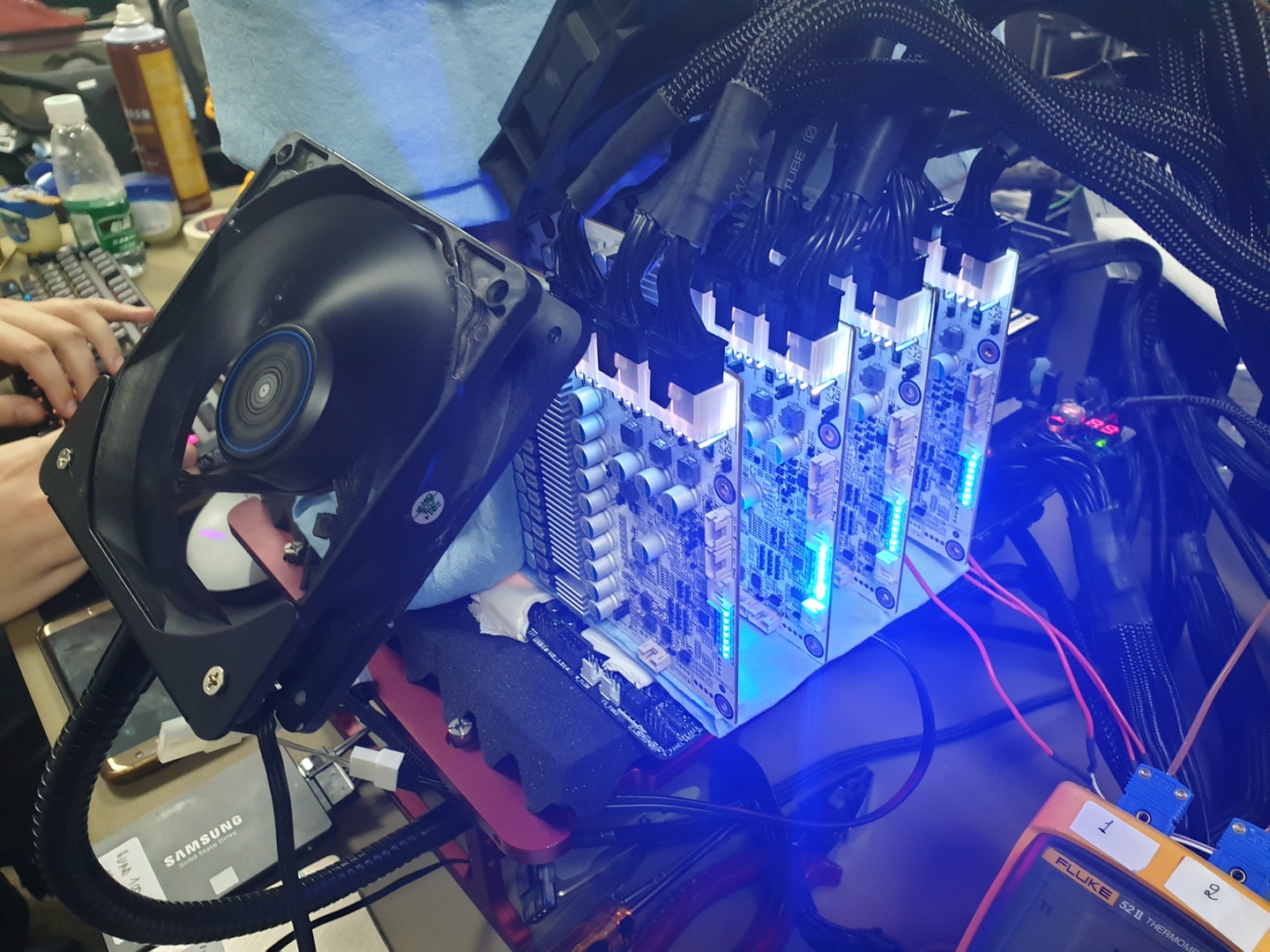 Last month, we reported that the custom NVIDIA GeForce RTX 2080 Ti graphics cards have breached the 2.7 GHz frequency barrier. While 2.7 GHz clock speed is a big bump from the reference frequency, overclockers have now managed to push the custom cards even further, clocking in at 2.94 GHz.

Several overclockers, including Rauf, OGS, Rsannino, Phil, Ronaldo, and ZeR0_Dan were invited to the GALAX OC Lab last week. All of them were given the GALAX RTX 2080 Ti HOF OC LAB edition graphics card which is a custom designed RTX 2080 Ti graphics card that is built purely for Liquid Nitrogen overclocking. According to GALAX, a total of 17 records were achieved with the card and 4 Titan RTX records were also broken during the event. We will be listing down each record but first, let's take a look at the card that was used for achieving this record spree.

The GALAX RTX 2080 Ti HOF features a white colored, custom designed PCB that has a 16 phase GPU-only VRM with the latest iteration of DrMOS and Digital PWM controllers. The VRAM has its separate power supply and the entire board is powered by a triple 8-pin connector configuration.

The card offers boost clocks of 1680 MHz and comes with a custom Bitspower water block for the users who don't wish to break any records and just want to game on their systems while taking advantage of liquid cooling. The PCB, however, is designed to offer extreme overclocking horse-power as advertised and given the large list of records it's achieved, I think GALAX is probably right. The card costs $1799.99 US and can be bought from the GALAX Store here.

Now coming to the benchmark spree, first we have to talk about the frequency record. The card clocked in at a maximum of 2940 MHz or 2.94 GHz which is just shy of that 3 GHz barrier. It was run in GPUPI-1B benchmark and scored 2 sec, 691 ms. Moving on, we have various 3DMark scores with the most staggering one being the Firestrike Extreme run which scored 24187 points on a single card with a frequency of 2.8 GHz (2805 MHz).

Following are some of the major records achieved during the overclocking sessions:

This is definitely an amazing feat achieved by the overclockers and the highest frequency ever recorded on an RTX 2080 Ti graphics card. If we compare it with Pascal, the GeForce GTX 1060 still holds the top frequency record with a mind-boggling 3 GHz record that was achieved at GALAX GOC event back in 2016 indicating the GALAX's overclock game is pretty strong compared to their competitiors.